Few other countries in the world industrialised at such a rapid pace as Japan. In just a matter of decades, the country transformed to become of the world’s economic superpowers. And now its traditional arts, Shinto shrines and Zen gardens go hand in hand with soaring skyscrapers, futuristic fashions and the very latest technology. Here we’ve compiled the best places to experience modern Japan. 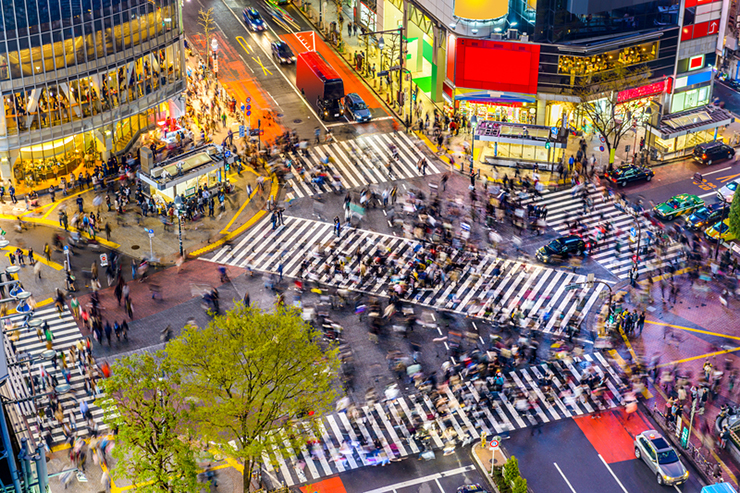 By far the busiest intersection in Japan, Shibuya Crossing has become an icon of Tokyo. It’s thought that up to a thousand people can be crossing here at any one time, all coming from different directions at once, yet managing to dodge each other in some form of beautifully organised chaos.

When you’re not watching your step, look up to the flashing advertisements and bright lights of the surrounding buildings. This intersection is a popular filming location and can be seen in movies such as Lost in Translation and The Fast and the Furious: Tokyo Drift.

Running along the Dotonbori canal, this lively area is the most famous tourist destination in Osaka. And with its extravagant signage, bright neon-lights and buzzing restaurants and bars, it’s easy to see why it’s so popular. Amongst the area’s flashing billboards and eye-catching signage, you’ll find the Glico Running Man. This sign has become something of a landmark and is a symbol of the Dotonbori area.

Once you’re done exploring, check out the area’s delicious street food and restaurants. Osaka is Japan’s most food-obsessed city, perfectly summarised in its unofficial slogan ‘kuidaore’ or ‘eat till you drop’.

Referring to the area around Harajuku station, this part of Tokyo is the centre of teenage fashion and culture. Its hub is the bustling Takeshita Street and its surrounds. Here you can find a variety of boutiques, stores and fast food outlets all catering towards Japan’s trend-conscious teens.

Harajuku fashion comes in all sorts of forms, from kawaii (cute) and elegant to gothic and punk. Either hit the shops yourself or find a spot to sit – Harajuku offers some of the best people watching in all of Tokyo. 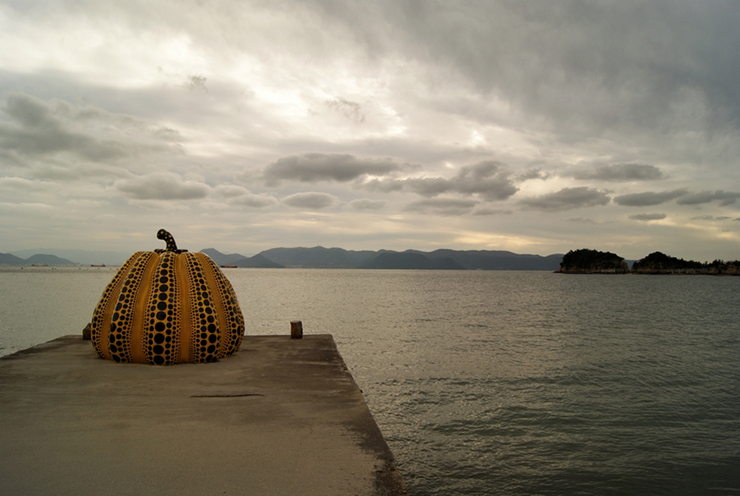 Known as the ‘art island’, Naoshima is one of the most remarkable arts and architecture destinations in the world. Dotted with installations, sculptures and modern art museums, the isle is a world away from the buzz of Tokyo.

In comparison to the lacquerware, calligraphy and other traditional arts you’d associate with Japan, Naoshima allows you to experience the country’s most modern forms of creative expression. The ‘spotted pumpkin’ is the island’s most iconic landmark, created by revered Japanese artist Yayoi Kusama.

In addition, many of the museums were designed by well known Japanese architect Ando Tadao, including the Lee Ufan Museum, Chichu Art Museum and Benesse House. 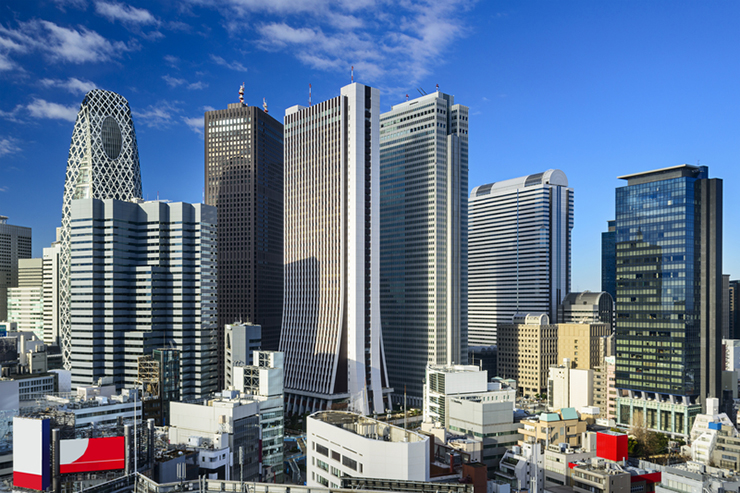 When you think of Tokyo, it’s most likely you’re picturing Shinjuku. Dedicated to business, shopping and entertainment, this area is an essential visit on any trip to the Japanese capital.

To the west of Shinjuku station, you’ll find the skyscraper district. Home to government offices, premier hotels and many of Tokyo’s tallest buildings, including the 243-metre-tall twin towers of the Metropolitan Government Office. Visitors are able to enjoy panoramic views of the city from the building’s free observation decks.

In contrast, the eastern side offers bars, restaurants and the neon lights that you’d associate with modern Japan. It also features Kabukicho – Japan’s largest and wildest red light district.

Named after former local shrine Akiba, this district in central Tokyo was most famous for its variety of electronics stores. However, more recently Akihabara has become increasingly known for its shops devoted to anime and manga.

As a result, the area is fast gaining recognition as the centre of Japan’s otaku culture. Besides its shops, the area boasts various animation-related establishments including manga cafes, where you can read comics and watch DVDs, and maid cafes. These cafes see waitresses dress up and act like maids or anime characters as they serve you. 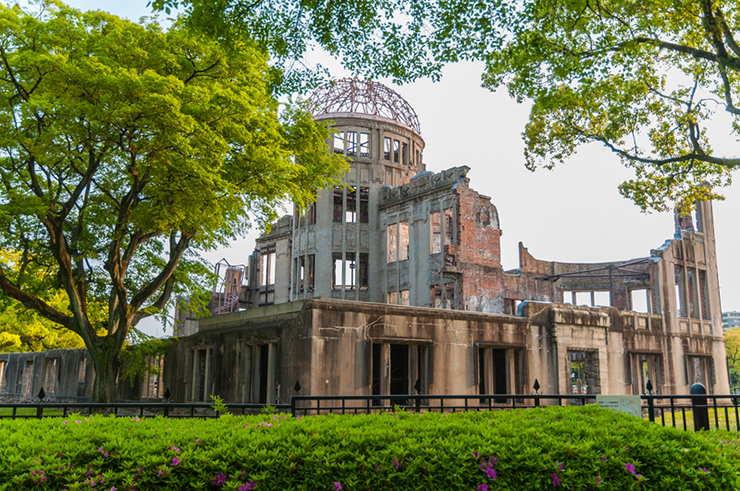 Whilst a visit to Hiroshima is one of the most sobering experiences you can have, it’s also impossible to come to Japan and not recognise what happened here. Since the world-defining moment when the first atomic bomb was dropped, Hiroshima has been redeveloped and is now a thriving city once again.

Visitors can gain an insight into this period of modern history with a visit to the Hiroshima Peace Park, Peace Memorial Museum and iconic Atomic Bomb Dome – one of the few buildings to survive the blast.

Since the devasting bombing, Hiroshima has not only commemorated its victims but become a symbol of lasting peace. The Children’s Peace Monument is a memorial to the children that lost their lives and is where children from around the world have donated origami cranes as a symbol of peace and hope. 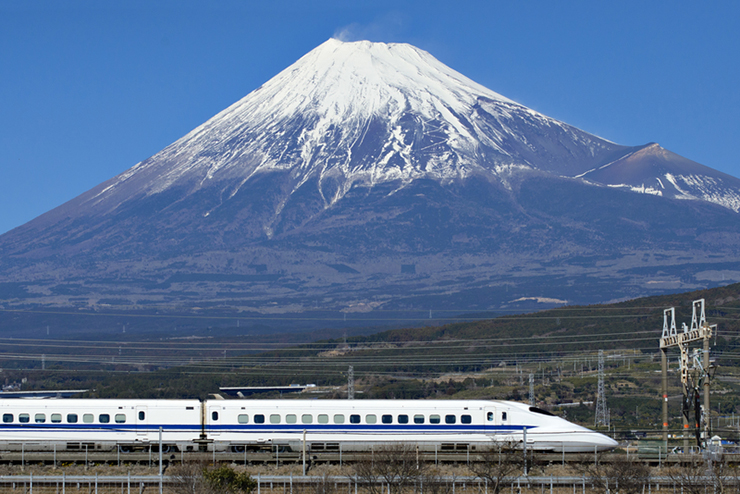 Although not strictly a place, Tokaido Shinkansen is the name of the high-speed ‘bullet train’ railway line that connects Tokyo with Kyoto and Osaka. Whizzing past the majestic Mount Fuji, this railway represents one of Japan’s greatest engineering triumphs and is one of the most iconic images of modern Japan.

Despite travelling at speeds of over 200 kilometres per hour, Japan’s bullet trains are famous for their safety. And if you’re travelling between the country’s best-known cities then it is well worth the experience for the scenery alone.

We visit Tokyo, Osaka and more of Japan’s top destinations on our group tours. Why not take a look?