When discovering Iceland, the Golden Circle is the go-to route for most travellers. Covering a loop of roughly 300 kilometres, it has some amazing sites to see. But there’s so much more to discover in Iceland, even in Reykjavik itself. So here are eight of Iceland’s highlights outside the Golden Circle. 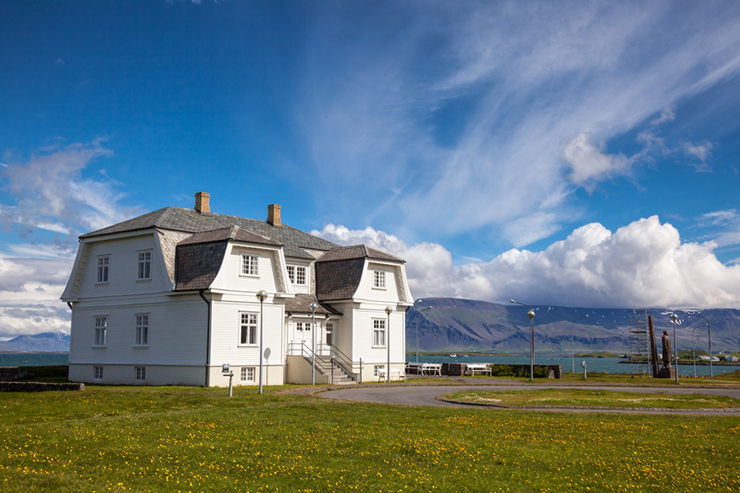 Located on the picturesque waterfront of northern Reykjavik, this beautiful historic building has stood for over 100 years. Originally the French consul, it’s most famously known for hosting the 1986 summit meeting of presidents Ronald Reagan and Mikhail Gorbatsjov which marked the end of the Cold War.

It’s said to have one of the most photographed door knobs in history, as hundreds of photographers waited for it to turn. Now the building itself is an iconic image of Iceland – perfect for a photo stop. 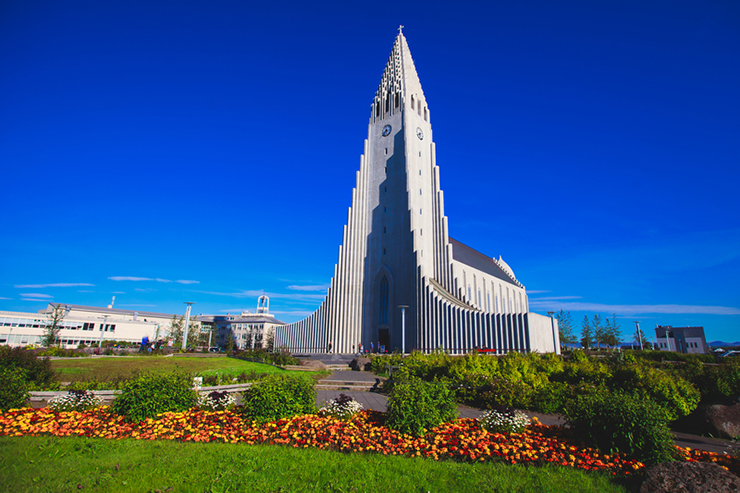 As far as iconic images of Iceland go, it doesn’t get any better than the Hallgrimskirkja Church. The Gothic Revival architecture of the church is unique and, standing at 74 meters tall, it’s hard to miss.

The interior of the church is dramatic in its simplicity, with high ceilings and large natural windows. Light fills the space almost as though you are outside. The Church has a bell tower which boasts an impressive view of the town and an organ complete with over 5,000 pipes. 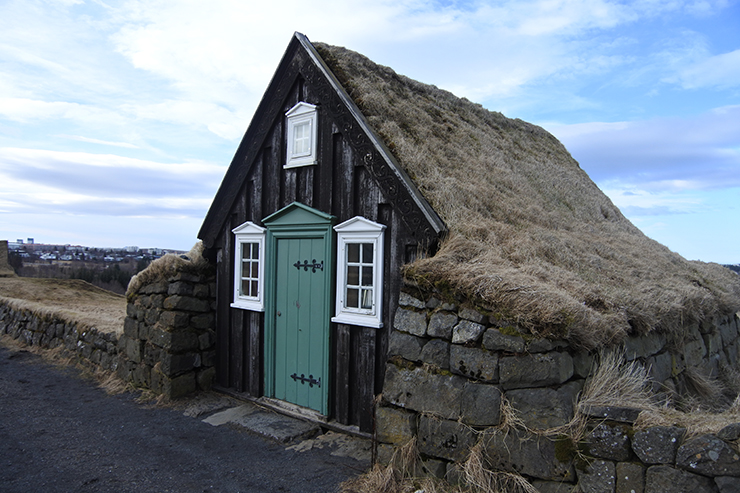 Just a short drive out of town is a museum of a different kind – the Arbaer Open Air Museum. With a collection of over 20 historical buildings, it’s a window into the traditional lives of Icelandic people.

Most interesting are the traditional turf houses. Literally made from grass, it’s incredible to see this ingenious design which insulated homes from some of the coldest temperatures on Earth. 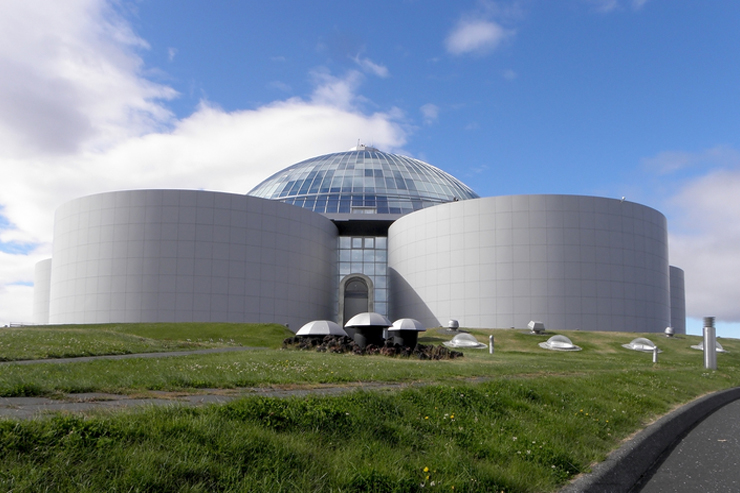 Another of Iceland’s highlights outside the Golen Circle is the Perlan building – it is not to be missed. With its giant glass dome sitting on top of four water tanks it certainly catches the eye – both day and night. Situated on a hill, the Perlan building has an amazing 360-degree observation deck with spectacular views of the town and harbour.

Inside, one of the decommissioned water tanks now houses an artificial glacier. For an additional entry fee, you can take a guided tour and learn all about glacier formation and the history and interaction of Iceland’s glaciers and volcanos. If you’re unable to take a glacier hike, this is definitely your next best bet. Don’t forget your winter woollies though, the exhibit is much colder than a real glacier.

Located in the small town of Hvolsvollur, surrounded by some of Iceland’s most notorious volcanos, is a relatively new exhibit dedicated to lava. The exhibit maps Iceland’s geological history over the past 20 million years in a very fun and interactive way.

Through state of the art multimedia, guests can experience geothermal activity such as earthquakes, lava flows and volcanic eruptions. The exhibit explains the formation of Iceland particularly well and it’s a great way to equip yourself with the knowledge to better understand all the amazing natural wonders you’re sure to see throughout the country. 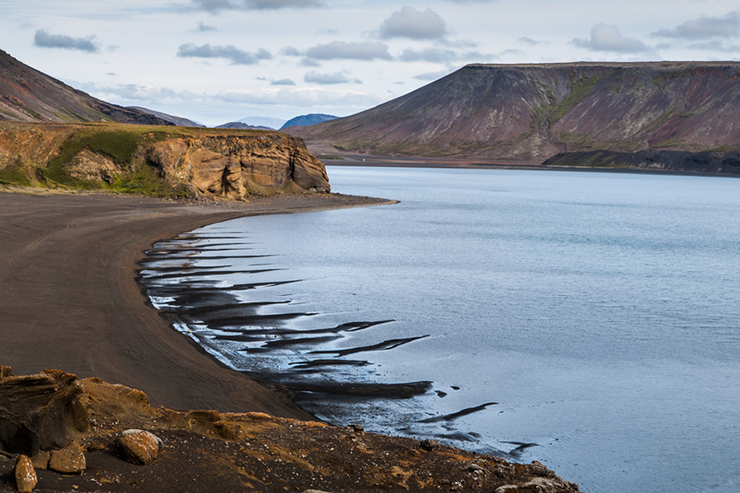 A trip to Iceland wouldn’t be complete without exploring its natural wonders. And the Reykjanes Peninsula is just the place. Driving through the lava fields, one gets the impression that they’re a long way from home with large volcanic mountains looming in the not so distant background.

There’s plenty to explore on the peninsula, from spectacular cliffs to steaming hot springs and the Bridge Between Continents. This bridge straddles the gap between the two tectonic plates of Eurasia and North America, and you can walk across the bridge for yourself. 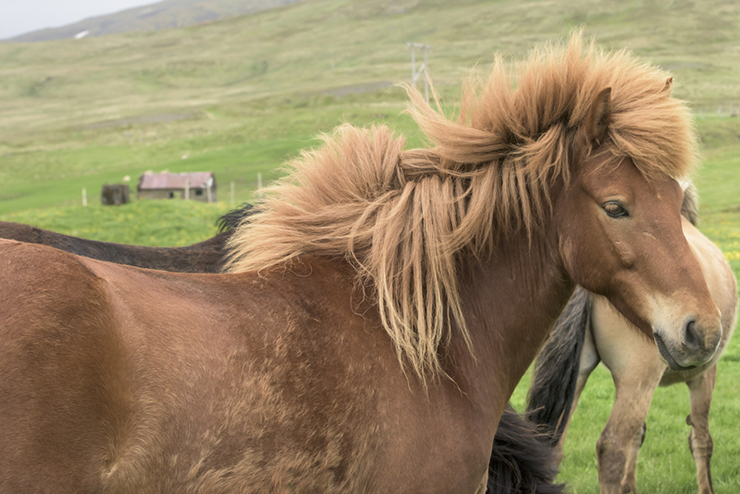 Technically a pony, but don’t say that to an Icelander, the Icelandic Horse is the purest breed of horse in the world. Not mentioning their full luscious manes, what is truly unique about the Icelandic horse is that it’s one of the only horse breeds with five natural gaits – walk, trot, canter, tölt, and flying pace, all of which are spectacular to watch.

You can take a ride on these beautiful horses or simply stop at a local farm where the farmers leave food for you to feed them. They also make for cute photos too. 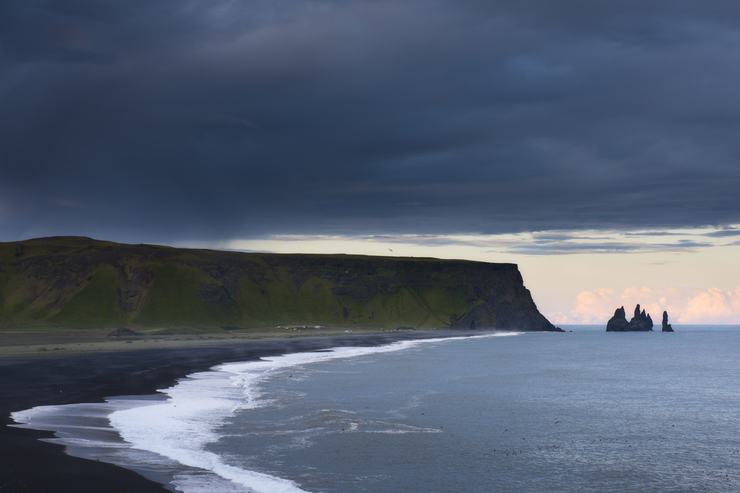 On the south coast of Iceland, you’ll find one of the most beautiful beaches in the world. The Black Sand Beach, otherwise known as Reynisfjara Beach. Offering a stunning panorama, complete with dramatic basalt cliffs, it’s easy to see why it was voted one of National Geographic’s best non-tropical beaches.

There’s a cute café just by the beach to buy a hot drink at. Although it may be too cold to get your kit off, it’s equally relaxing to watch the waves crash on the stunning black sand with a nice cup of tea.

You can also travel beyond the Golden Circle on our Iceland group tours. Why not take a look?