Located on the Mediterranean coast of Egypt, Alexandria was once the centre of the ancient world. It’s approximately a 3.5-hour drive north of Cairo, making it possible to visit on a day trip. However, you’ll probably want to spend at least one night here to enjoy the buzz of this now cosmopolitan city. To help you plan your trip, here I share the main things to see in Alexandria from my own experience of visiting the city. 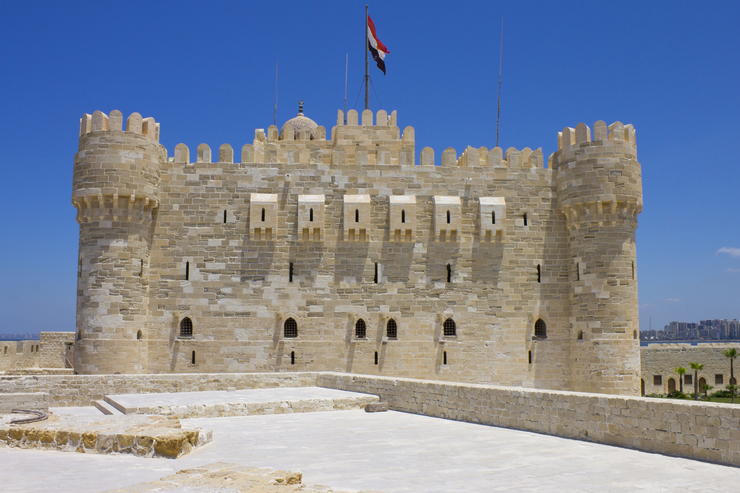 Alexandria’s citadel sits on the exact site of the Lighthouse of Alexandria, one of the original Seven Ancient Wonders of the World. But after an earthquake destroyed the lighthouse, the area was fortified in the 15th century and the citadel was built.

Take some photos of the citadel and enjoy a walk along the seafront. You’ll also spot plenty of locals fishing in the crystal-clear waters. 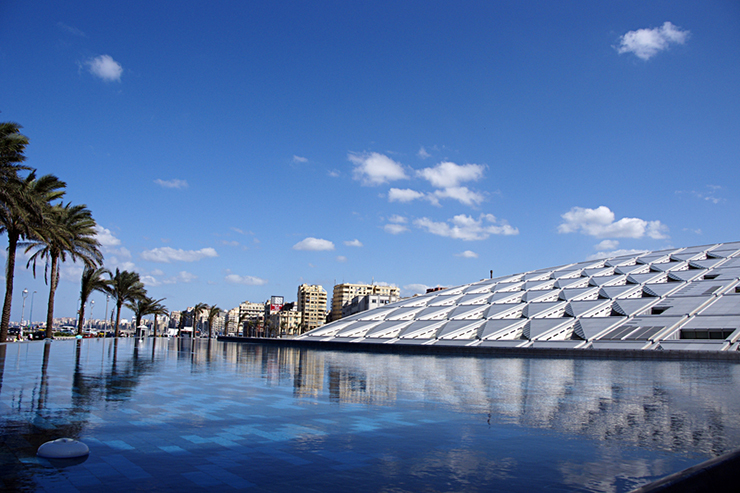 Another of the best things to see in Alexandria is the library. It was once the largest and most significant library in the ancient world. It stored an estimated 400,000 books, which at that time would have been simple papyrus scrolls.

Due to various fires and earthquakes over the centuries, much of the library was destroyed. However, UNESCO organised a competition to re-design the library, which was won by a Norwegian architect. The modern architecture is fascinating inside and out – and it’s worth spending some time here to enjoy the in-house museums and art galleries. 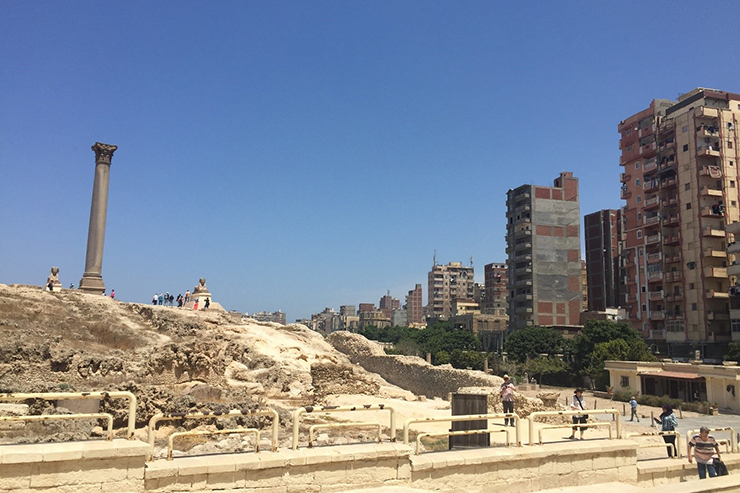 Standing some 25 metres high, Pompey’s Pillar is part of the ruined Temple of Serapis. It’s the only known free-standing column in Roman Egypt and one of the largest outside of Rome.

Spend some time exploring the ruins of this once magnificent temple. Attractions include the Daughter Library, which was used by scholars after the Library of Alexandria was destroyed.

Head underground down a spiral staircase and you’ll find the largest known Roman burial site in Egypt. The tombs here date from the 2nd to the 4th century AD. And there are clear Roman, Greek and Egyptian influences evident throughout the burial chambers.

According to legend, the catacombs were only rediscovered in 1900 when a donkey accidentally fell down the shaft in which dead bodies were once lowered. Whilst these catacombs are unique to Egypt’s ancient world, photography isn’t allowed inside. So you’ll have to visit for yourself to view this historic site.

After a big day exploring the city, there’s no better way to unwind than by enjoying a walk along the Corniche. This waterfront promenade runs along Alexandria’s eastern harbour, offering fantastic Mediterranean views.

Besides these, you’ll also encounter beach huts and casinos along the way. And if you look over to Fort Quaitbay in the distance, you can wonder what the Lighthouse of Alexandria would once have looked like on the horizon.