Firmly marked on China’s tourist map, Xi’an is most famous for the Terracotta Warriors. Dating back over 2,200 years, this underground army has become an international symbol of China’s history and is undoubtedly this city’s star attraction.

But as the end of the famed Silk Road, Xi’an was a melting pot of cultures and religions, which is still felt today. Here our very own Kirsty Heigan reveals what more this ancient capital has to offer. 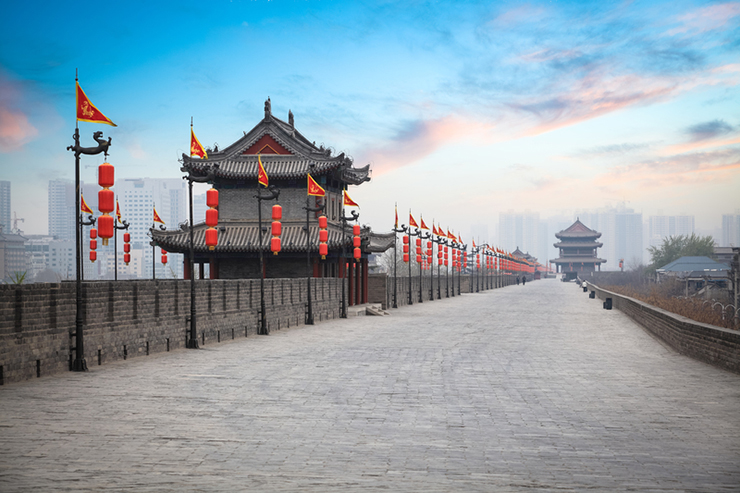 Although not as famous as the Great Wall, the Xi’an City Wall is also one of China’s most important ancient monuments. With a history of more than 1,400 years, this is one of China’s oldest military defence systems and one of the largest in the world.

The wall stands at an impressive 12 metres high and is almost 14 kilometres in length. Visitors can either walk, hire a bicycle or take a golf cart around the wall. With the modern city on one side and the old centre on the other, this is the perfect place to see the contrasts of old and new Xi’an. 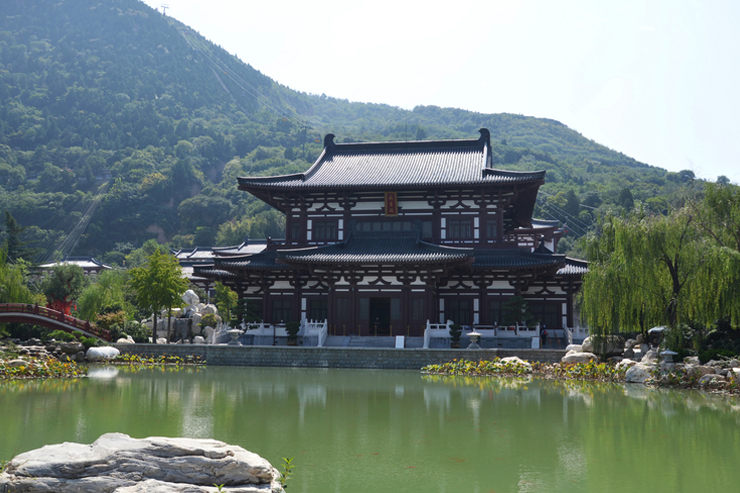 Located at the foot of Mount Lishan, Huaqing Hot Springs is a complex of hot springs that have been in use for over 6,000 years. A favourite spot for China’s past emperors, the site boasts breathtaking views, mild weather and therapeutic waters.

Although tourists can’t bathe as the emperors once did, a wander around this ancient complex is well worth it. Just a short drive from the Terracotta Warriors, you can easily spend a leisurely afternoon here. 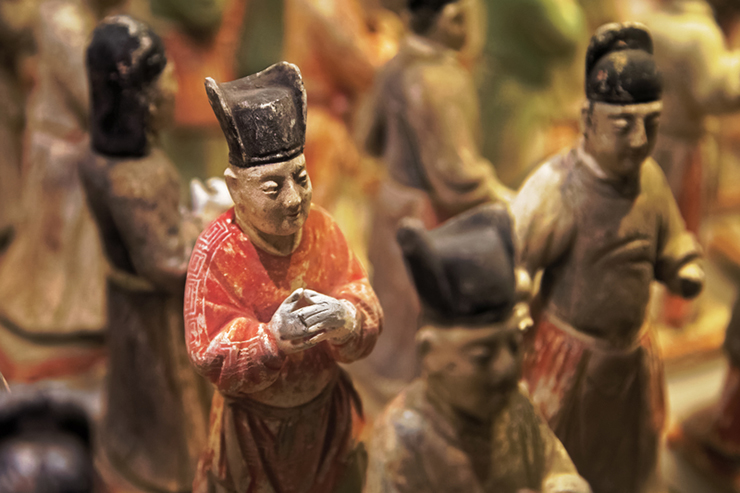 Occupying some 65,000 square meters, Shaanxi History Museum is the place to go to learn about Chinese history. Its exhibits cover everything from the Stone Age to the 19th century, with around 370,000 cultural relics on display.

Backpackers and budget travellers will be pleased to learn that entry to this fascinating museum is free. However, with only 4,000 visitors allowed in each day, it’s recommended to get there early. 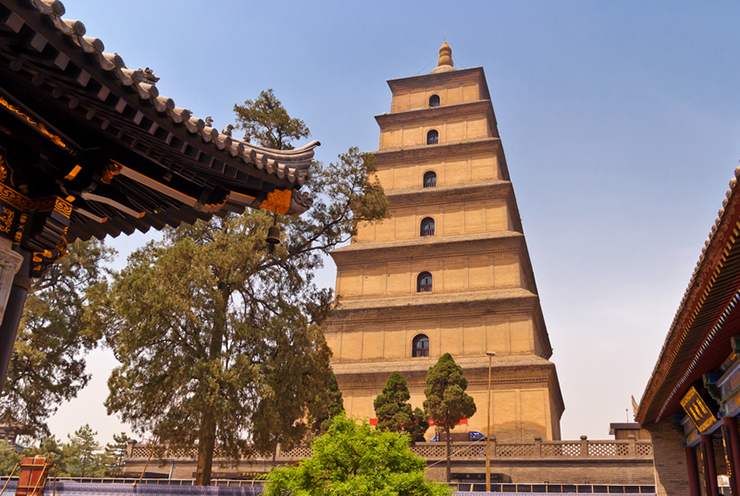 Standing in the Da Ci’en temple complex, the Wild Goose Pagoda is one of China’s most famous Buddhist pagodas. Built in the Tang Dynasty (618 to 907 AD), its seven storeys are an impressive 65 metres tall.

Interestingly, the pagoda was built without cement and is an excellent example of traditional Chinese architecture. Visitors can climb the twisting staircase to the top, where you’ll enjoy fabulous panoramas over the city. 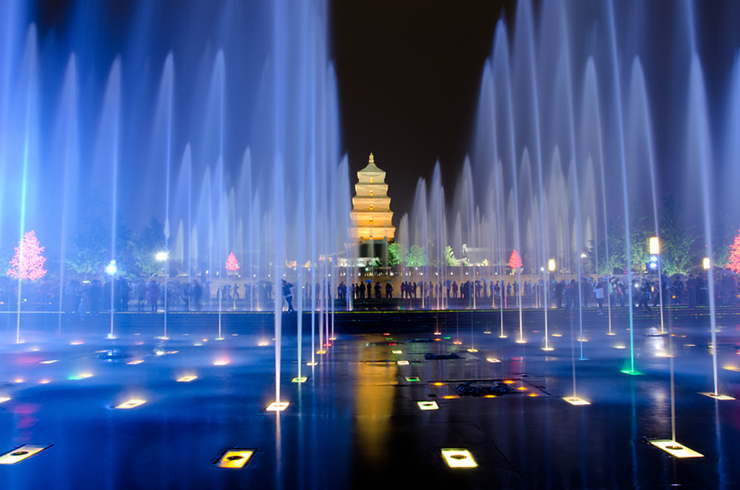 Both locals and tourists alike are drawn to this waterscape, which incorporates flames, lights and more into its displays. Visiting after dark is recommended, as this is when the fountain is at its most spectacular. 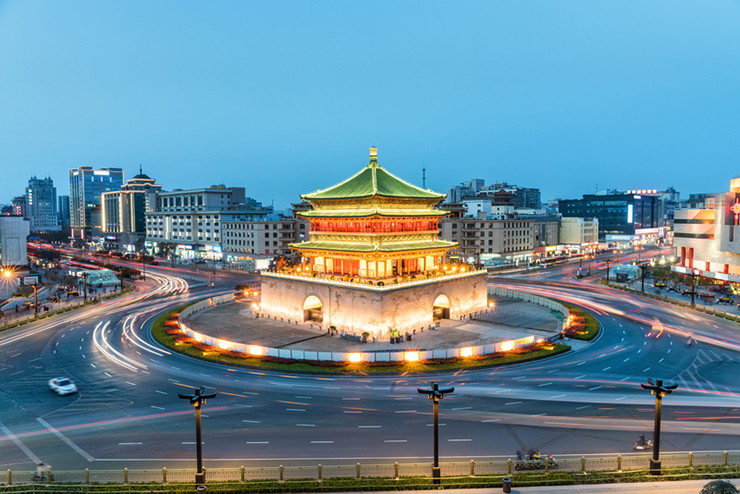 Marking the geographic centre of Xi’an, the Bell Tower is one of the city’s most famous landmarks. Built during the Ming Dynasty, it has a history of over 600 years and is considered the largest and best preserved of its kind in China.

Visitors can climb the tower and enjoy fabulous views across the city. However, it’s best to time your visit between 9am to 11.30am or 2.30pm to 5.30pm. That way, you’ll also get to hear musicians playing the tower’s bronze bells and stone chimes. 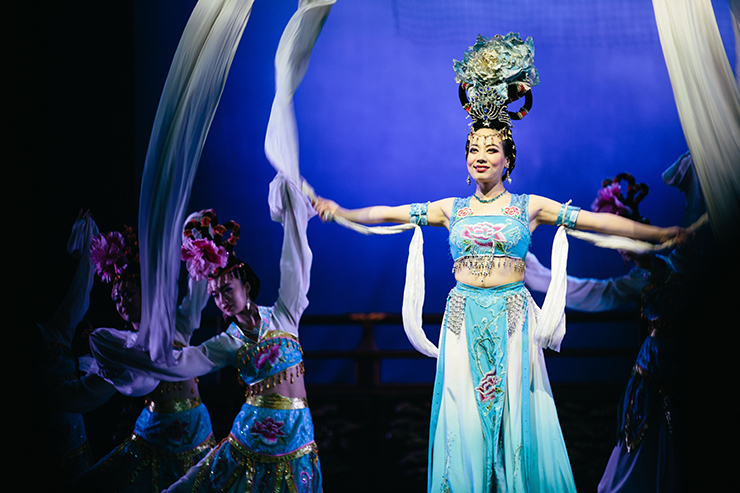 A must-see when visiting Xi’an, a Tang Dynasty Show allows you to step back in time and experience one of China’s most colourful and prosperous dynasties. Dating from 618 to 906 AD, the Tang Dynasty is considered the golden age of Chinese arts and culture. And this spectacular show does much to replicate this era’s former glory.

Expect exquisite costumes, ancient poetry and plenty of singing and dancing – accompanied by a traditional live orchestra. Tickets tend to include dinner, so you can eat your fill of delicious Chinese dumplings before the performance. 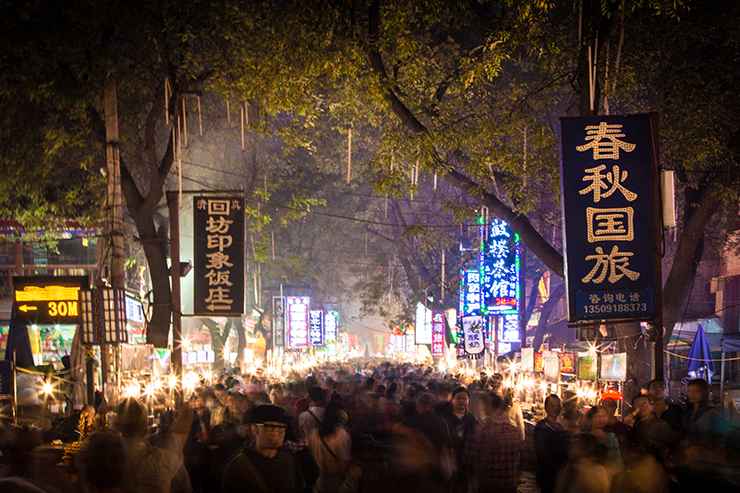 China’s ethnic Muslims can trace their religion back to the Arab and Persian traders that travelled the legendary Silk Road. As Xi’an marks the end of this ancient trading route, it’s no surprise that the city has a high Muslim population, with around 70,000 ethnic Muslims residing in the bustling Muslim Quarter.

Located in downtown Xi’an, this district consists of several colourful streets famed for their delicious street food and cultural atmosphere. There are also around 10 mosques, with the Great Mosque of Xi’an thought to be one of the oldest mosques in China.

The Muslim Quarter is at its busiest and most atmospheric after dark. But no matter what time of day you decide to visit, be sure to sample the quarter’s culinary offerings. One of the most famous dishes is roujiamo, consisting of a freshly baked bun stuffed with marinated beef or lamb.

Interested in visiting Xi’an? We visit this ancient city on our group tours of China.