Alongside its spectacular monuments, iconic wildlife and mouthwatering cuisine, India is a land famous for its festivals. Held throughout the year, these vibrant events offer visitors a chance to see India’s culture at its very best. But with hundreds to choose from, we’ve narrowed it down to the 10 most popular festivals in India that you need to experience.

The exact date of many of these festivals changes each year, particularly Hindu festivals that run in accordance with the lunar calendar. So be sure to check online for the confirmed dates. 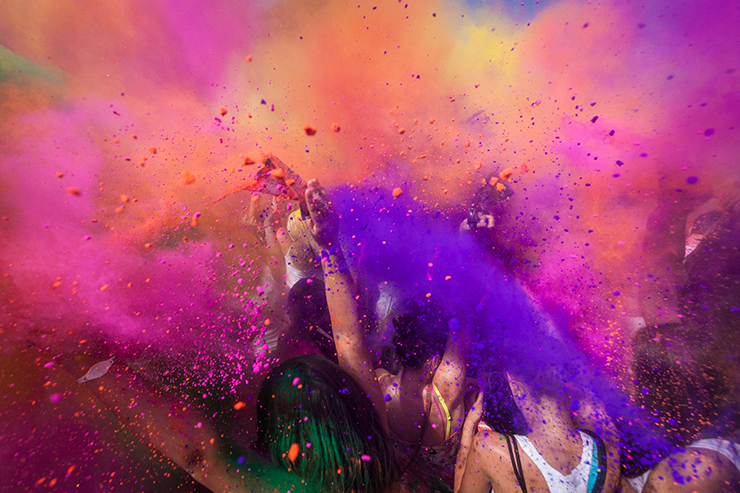 When: February or March
Where: Countrywide

Fast gaining popularity across the world, Holi is India’s most colourful festival. And certainly one for those who don’t mind getting a little messy. The festivities see people take to the streets and throw handfuls of coloured powders known as gulal and water over each other.

Marking the arrival of spring, Holi takes place over two days. Interestingly, it not only celebrates colour, but fertility, love and the triumph of good over evil. We recommend wearing white so that the colours truly stand out on your outfit. 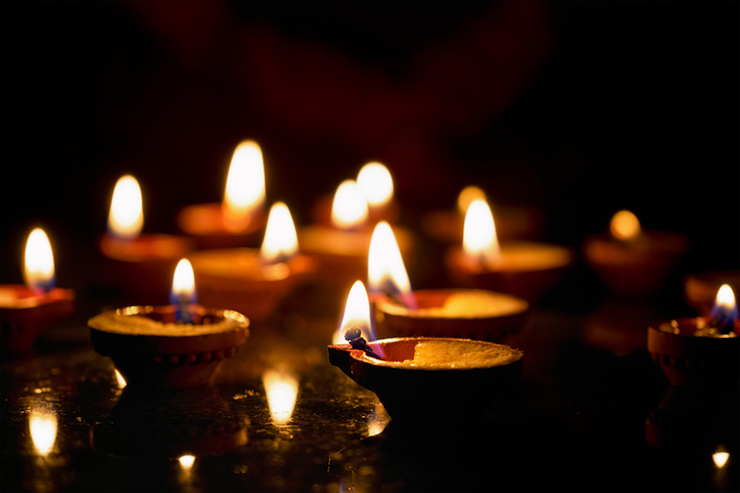 When: October or November
Where: Countrywide

Known as the ‘Festival of Lights’, Diwali is one of India’s most important Hindu festivals. Lasting for five days, the festival celebrates the Goddess Lakshmi’s birthday and the victory of Lord Rama over Ravana.

People decorate their homes with small clay lamps known as diyas and candles, with firecrackers and firework displays lighting up the sky. Diwali is celebrated with much joy and happiness, so it’s a fantastic time to stay in a guesthouse and share the festivities with local Indian families. 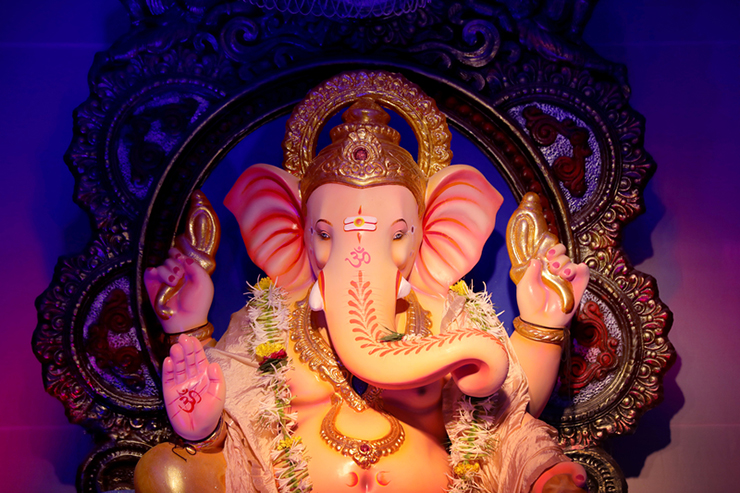 Lasting for 11 days each year, Ganesh Chaturthi is a spectacular Hindu Festival honouring the birth of Lord Ganesh. Easily identified as the elephant-headed god, Lord Ganesh is popularly worshipped for his ability to bring good fortune and is known as the ‘Remover of Obstacles’.

The festival sees elaborate statues of Ganesh installed in people’s homes and specially constructed podiums. On the final day, known as Ananta Chaturdasi, the statues are then paraded through the streets with much singing and dancing, before being immersed in nearby lakes and ponds. In Mumbai alone, over 150,000 statues were used in the festivities. 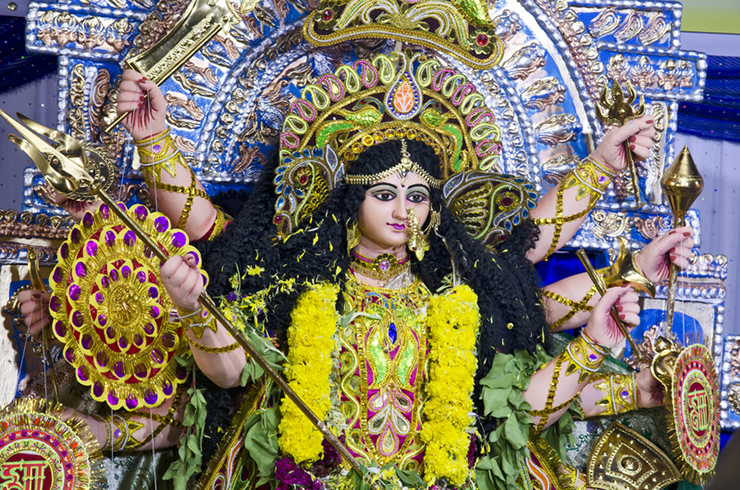 When: September or October
Where: Countrywide

A highly important Bengali festival, Durga Puja celebrates the victory of 10-armed warrior goddess Durga over the evil buffalo demon Mahishasura. Although celebrated all over India, Kolkata is the place to go to see the greatest festivities.

Similarly to Ganesh Chaturthi, Durga Puja sees huge statues of the goddess installed all over the city. Then, on the tenth day of the festival known as Vijaya Dashami, the idols are paraded amid loud chants and drumbeats to local rivers where they are immersed. 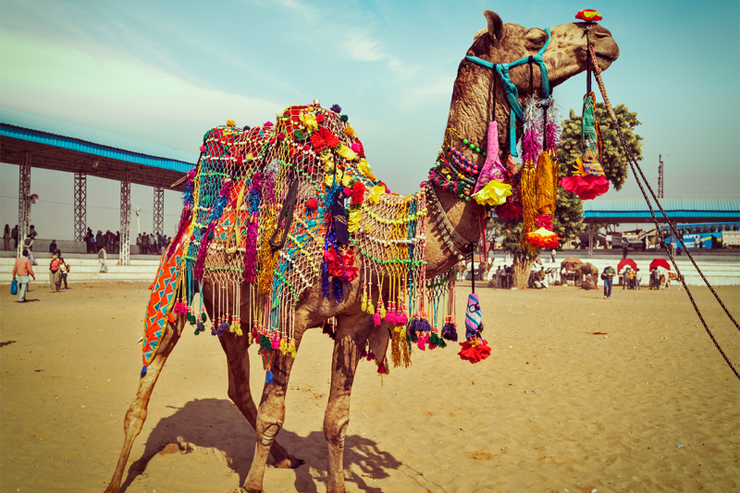 When: November
Where: Pushkar

Each year, the desert town of Pushkar in Rajasthan is descended on by thousands of camels, traders and tourists for this unique event. Originally intended for camel trading, the fair now involves a mela (fair), a market and ferris wheels. As well as many competitions, including a camel decorating contest and even a moustache competition!

Pilgrims also come to the festival at this time to bathe in the holy waters of Pushkar’s lake. As it’s one of the most popular festivals in India, arrive early or book your stay in advance. You’ll find accommodation ranging from simple guesthouses to luxury tented camps in the desert.

When: August or September
Where: Countrywide

Also known as Govinda, Krishna Janmashtami celebrates the birthday of Lord Krishna, the eighth incarnation of the god Vishnu. Alongside prayer, song and feasting, this popular festival involves a particularly exhilarating activity.

By tradition, a clay pot filled with buttermilk is hung high above the ground. A team of men, who’ve trained for weeks, then form a human pyramid and attempt to reach and break the pot. Called Dahi Handi, this activity falls on the second day of celebrations and is best experienced in Mumbai. 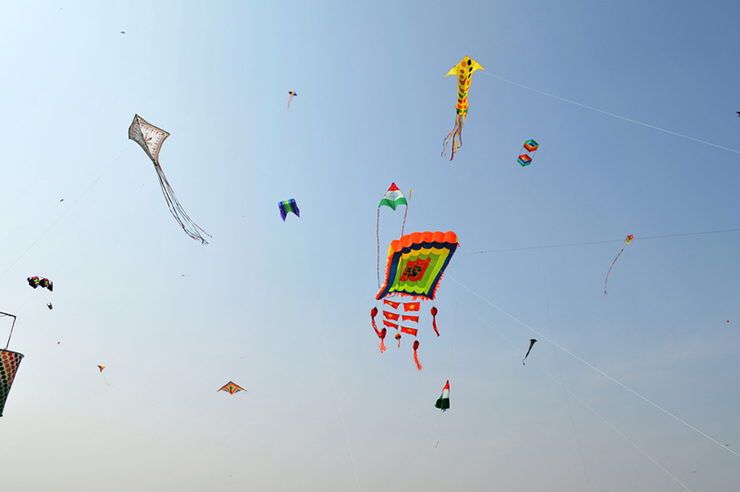 When: January
Where: Gujarat

Held in the city of Ahmedabad in Gujarat since 1989, the International Kite Festival is part of the official celebration of Uttarayan – the days in the Hindu calendar when winter transitions to summer. During the festival, all normal activities stop and everyone takes to the roads and rooftops to fly their kites.

Participators are not only from Gujarat and other Indian states, but from across the world. The festival draws master kite flyers to compete and you’ll find the sky filled with kites from dawn until dusk. 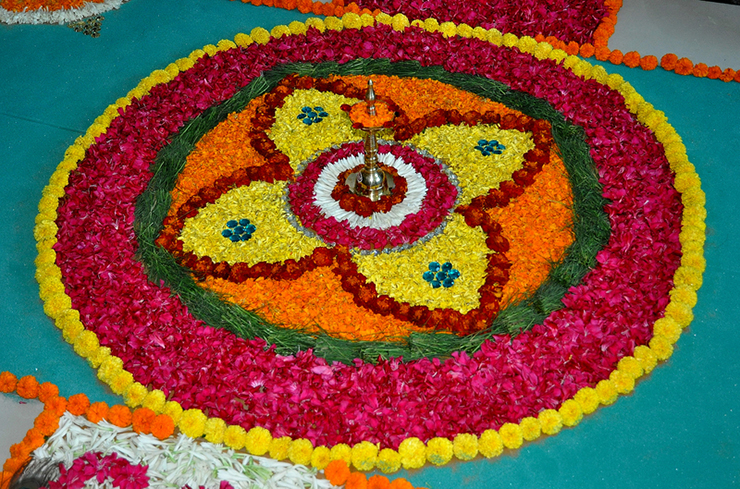 When: August or September
Where: Kerala

A festival rich in culture and heritage, Onam is the biggest festival in the beautiful state of Kerala. Of all the celebrations, the most spectacular can be witnessed in Thrissur, Kottayam, Kochi and Trivandrum.

Lasting for 10 days, Onam is a harvest festival that marks the homecoming of the mythical King Mahabali. People decorate the front of their homes with flower arrangements to welcome the king. Other festivities then include Kathakali dances, a grand feast called Onasadya and snake boat races. 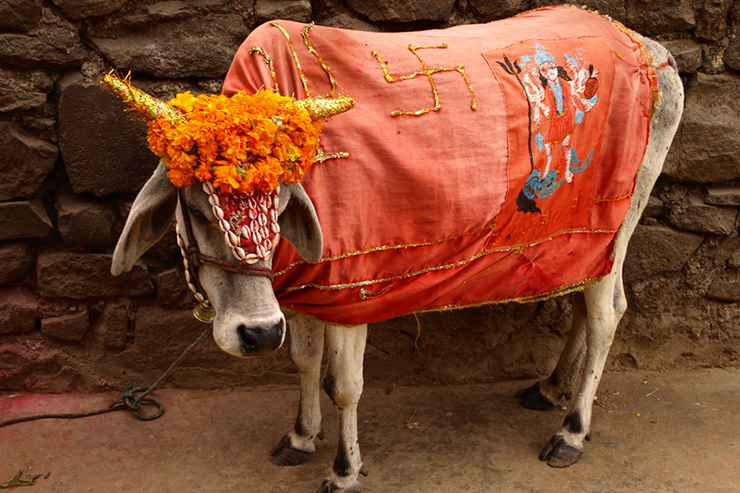 When: January
Where: Tamil Nadu

A four-day celebration, Pongal is a harvest festival that gives thanks to nature and offers the promise of new beginnings. Each day of the festival has its rituals, with the first day, Bhogi, involving people burning old household items in a huge bonfire, whilst people dance and sing around.

The second day, Perum, is the most important day and when people offer prayers to the sun god Surya. Mattu Pongal is the third day and dedicated to worshipping cattle, before the final day of Kanum Pongal, when many take a day out to spend time with their friends and families. 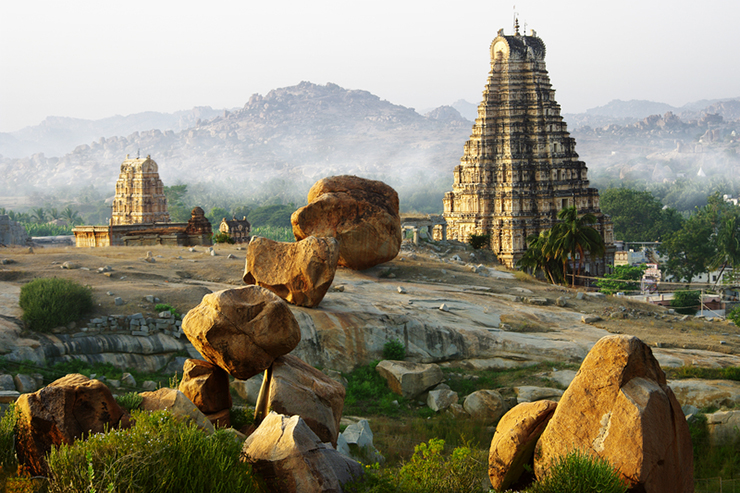 When: November
Where: Karnataka

Found in Karnataka, Hampi was the thriving capital of the Vijayanagar Empire. However, nowadays its ruins only come alive once a year for the three-day long cultural extravaganza known as Hampi Festival.

Featuring music, dance, drama and puppet shows, Hampi Festival celebrates the former glory of this UNESCO-listed site. Fireworks displays and spectacular processions all add to the festivities, with visitors flocking from around the world.

Interested in experiencing one of these once-in-a-lifetime events? Take a look at our India group tours.

4 comments on “10 of the Most Popular Festivals in India”