Surrounded by forested hills and the picturesque Olso Fjord, Noway’s capital is one of the world’s greenest cities. But besides its natural beauty, Oslo also offers a wealth of things to see and do. Fortunately for those short on time, the city is relatively compact and you can soak up all the main sights in one action-packed day. So if you’ve only got 24 hours to spare, here’s how to spend a day in Oslo. 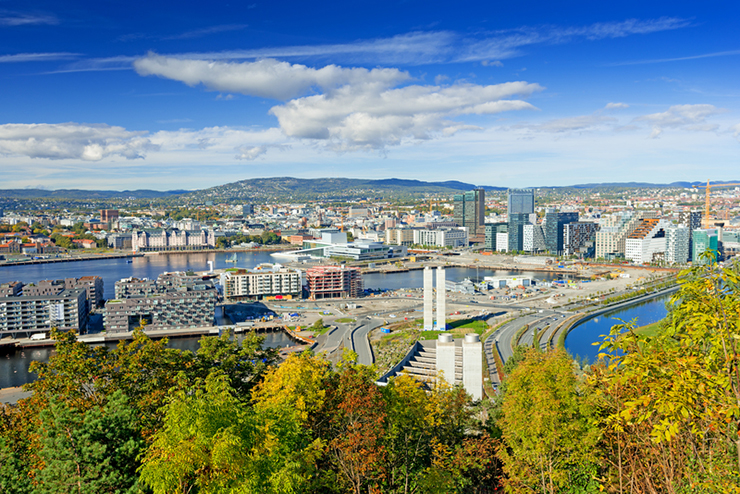 Whether you’re arriving by train or plane to Norway, your first sight in the capital is likely to be Oslo Central Station. From here, make your way to Karl Johans Gate, Oslo’s main shopping street.

With plenty of cafes to choose from, this street is the perfect spot to grab a morning coffee or breakfast. Offering freshly made baguettes and cinnamon rolls, Prince LunchBar is a popular spot found just down Kirkegata street. 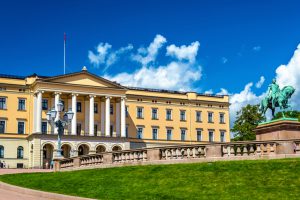 Continue west along Karl Johans Gate until you reach the Royal Palace, home to the Norwegian royal family. The palace’s lush gardens are open year-round, however you can only take guided tours of the palace’s interior during the summer months.

Completed in 1849, the palace is a stunning example of neo-classical architecture. Spend some time exploring or attend the 11am church service in the Palace Chapel. 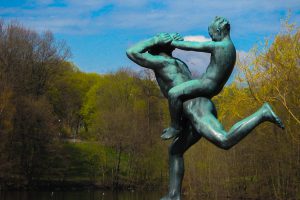 Next stop is Vigeland Park, one of Oslo’s best-known attractions and the world’s largest sculpture park made by a single artist. Those keen to walk can continue up Bogstadveien to the Majorstuen district or, alternatively, you can take the 11 or 19 trams.

Be sure to take in the classic apartment blocks along the way, then walk down Kirkeveien to reach the park. With more than 200 sculptures, this unique park is the life work of famed sculptor Gustav Vigeland. 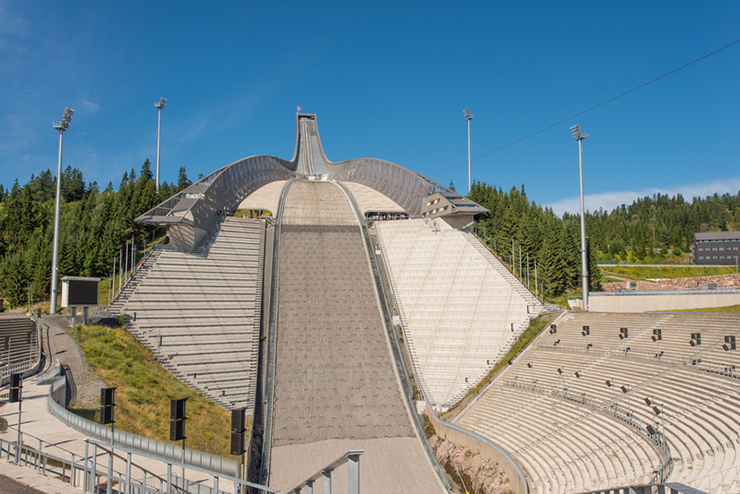 Head back to Majorstuen and then take the metro to Holmenkollen, Norway’s famous ski jump and museum. From here you can enjoy the most spectacular panoramic views over Oslo.

There’s also a cafe where you can buy pastries, snacks and hot drinks. A great little lunch stop before you continue your day of sightseeing. 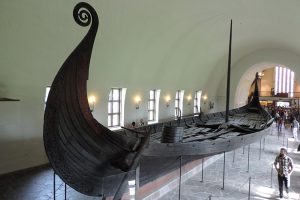 This afternoon is packed with culture and history, with the next stop being Oslo’s Viking Ship Museum. To get there, catch the metro back into the city centre and catch bus 30 towards Bygdoy from Radhuset.

Home to some of the world’s best-preserved Viking ships, this is Oslo’s most famous museum. The Oseberg, Tune and Gokstad ships were discovered in Norway after being buried for around a millennium and have given a fascinating insight into what Viking society was once like. 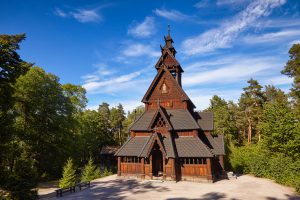 Just next door to the Viking Ship Museum, you’ll find the Norwegian Folk Museum, also known as the Norwegian Museum of Cultural History. This open-air museum features more than 140 historic Norwegian buildings dating from the Middle Ages to the 20th century.

For those who prefer being guided rather than exploring independently, there is the option of booking an All-Inclusive Oslo City Tour. Rather than using public transport, this tour visits Vigeland Park, the famous Holmenkollen Ski Jump and the Viking Ship Museum by coach. 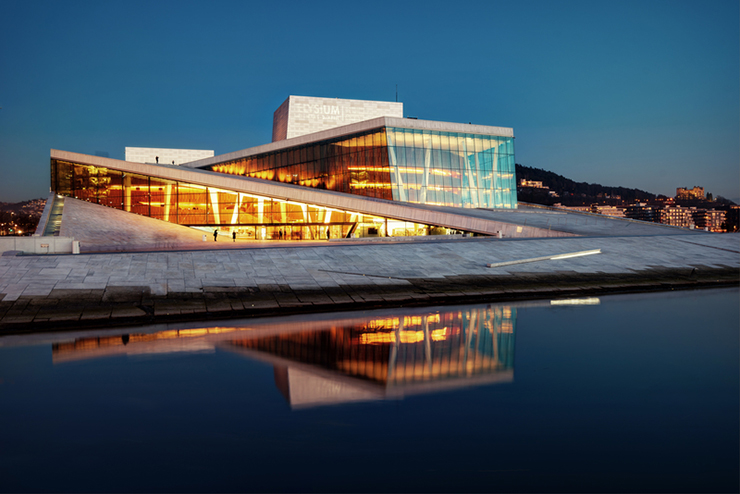 Returning to Radhuset by bus 30, the final stop of your day in Oslo is Aker Brygge. A beautifully rehabilitated old shipyard, this waterfront area is home to some of the capital’s best restaurants and bars.

There’s plenty of options for al-fresco dining, particularly during the long summer evenings when the sun sets at midnight. Be sure to sample the fresh seafood and soak up the views over the fjord.

After dinner, enjoy a stroll east along the waterfront to Bjorvika. Top sights on the way include the Akershus Fortress, which dates back to the 14th century, and the Opera House. An architectural masterpiece, the Opera House is famous not only for its shows but for the fantastic views from its rooftop and its magnificent interior.

One comment on “How to Spend a Day in Oslo”