When you set off on your travels, you know you have some incredible sights in store. Arriving into Cairo Airport, I was so excited to finally see the Great Pyramids, the spectacular temples of Abu Simbel and to snorkel the reefs of the Red Sea. What I hadn’t anticipated, was all the incredible people I would meet and the fun we would have along the way. So here are some of the unexpected highlights from my time on our King Rames group tour. 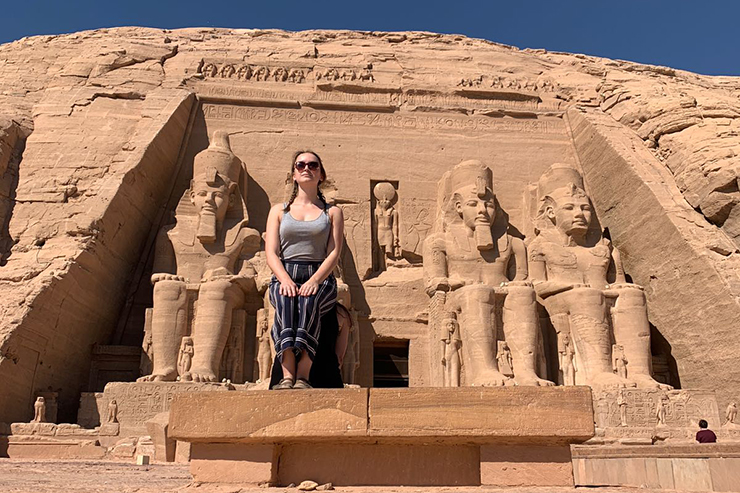 It seems that in Egypt there are a lot of classic tourist shots. From holding the tip of the Great Pyramids to ‘kissing’ the Sphinx. But it was at the magnificent temples of Abu Simbel in the south that our group had the most fun taking snaps.

Once the main crowd had left, we were fortunate enough to have the temple of King Ramses II almost entirely to ourselves. And what proceeded was a photo shoot of epic proportions, as we all helped to capture the cheesiest shots possible.

Getting cosy on the sleeper train

We spent one night of our tour travelling from Cairo to Aswan on the overnight sleeper train. And whilst the 13-hour journey wasn’t something I was particularly looking forward to, it turned out to be hilarious.

The cabins are meant to sleep two travellers – and even then are on the smaller side. But for some reason, that didn’t stop six of us from squishing into one cabin after dinner to play cards. Something that bought great amusement not only to us, but to all the other passengers and staff that did double takes as they walked past our open door. 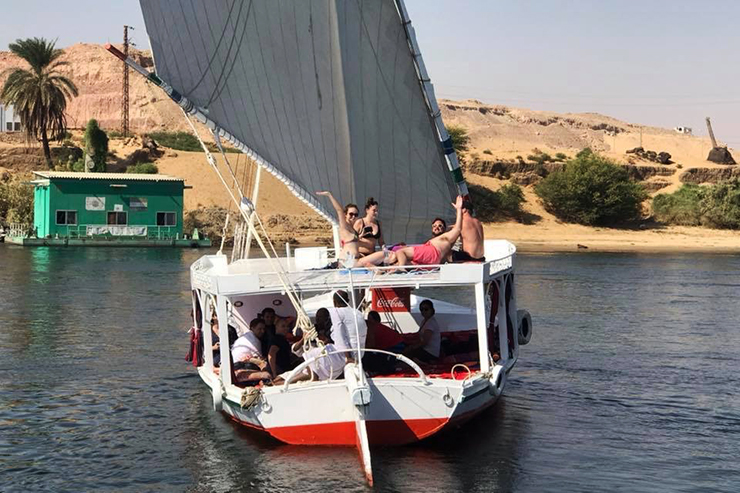 Instead of bucket list sights such as the Great Pyramids, for many of us, sailing on the feluccas turned out to be the biggest highlight of our trip. Travelling from Aswan to Kom Ombo, we spent two nights aboard these traditional Egyptian boats, equipped with just basic facilities and no WiFi.

During the days, we jumped off the boat, swam in the River Nile and soaked up the sun. Playing cards or uno, we truly got to know the rest of our travel companions (and their competitive streaks!) Then in the evenings, we enjoyed delicious Egyptian food, a few drinks and the star-lit sky, before getting into our sleeping bags for the night. 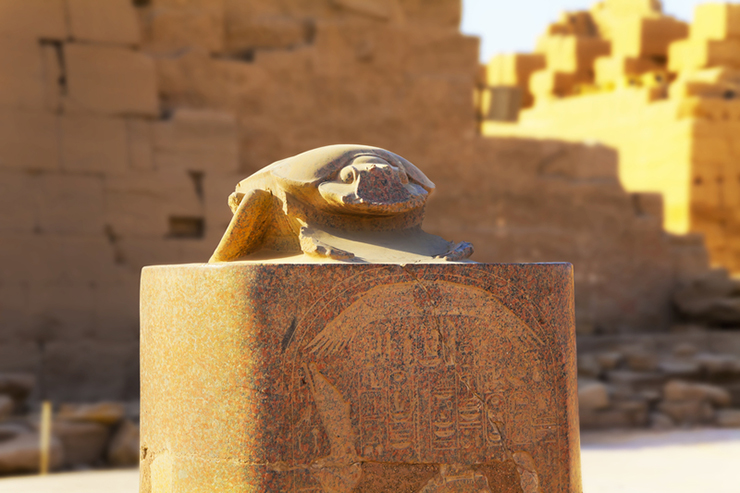 Making a wish at the Karnak Temple Complex

When visiting the vast Karnak Temple Complex, one of the points of interest is the Giant Scarab Beetle statue. Myth has it that if you walk seven times in an anti-clockwise direction around the statue then your wish will come true.

On learning this, five of us began pacing around the statue, all silently and very seriously contemplating our wishes. However, this very quickly became 25 as by the third lap another group of international tourists had joined in.

With so many people, we were then practically running around the statue and in the excitement forgot how many laps we had done – or even what our wishes were. So we can only hope they will come true! 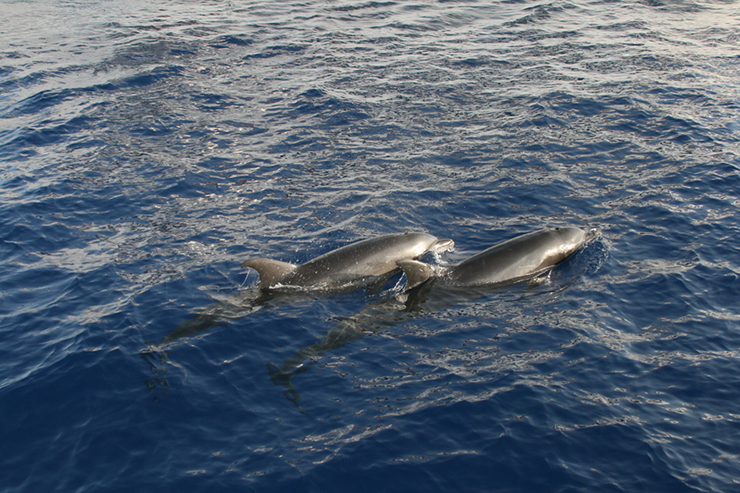 Spotting dolphins in the Red Sea

The Red Sea is known for its fantastic offshore reefs, which boast a dazzling array of marine life and colourful corals. Arriving into Hurghada, many of us decided to take the optional snorkelling excursion to Giftan Island and experience this underwater world.

Yet as we set out on the boat, we were in for a wonderful surprise as a small pod of dolphins were spotted swimming close by. This led to us all leaping up from our sunbathing spots on deck and sprinting to the edge to catch a look. Fortunately, we were just in time!

Inspired to have your own Egyptian adventure? Take a look at our group tours to find your perfect trip.