Set in the heart of Turkey, Cappadocia is a rocky wonderland that never fails to enchant. Known for its distinctive ‘fairy chimneys’ and honeycombed boulders, it’s a landscape utterly unique to this world. And the most popular way to view it is aboard the colourful hot air balloons that take flight each morning.

Returning from her recent trip on our Turkey Unplugged group tour, our very own Caroline Shaw is here to answer all your questions about this surreal experience. 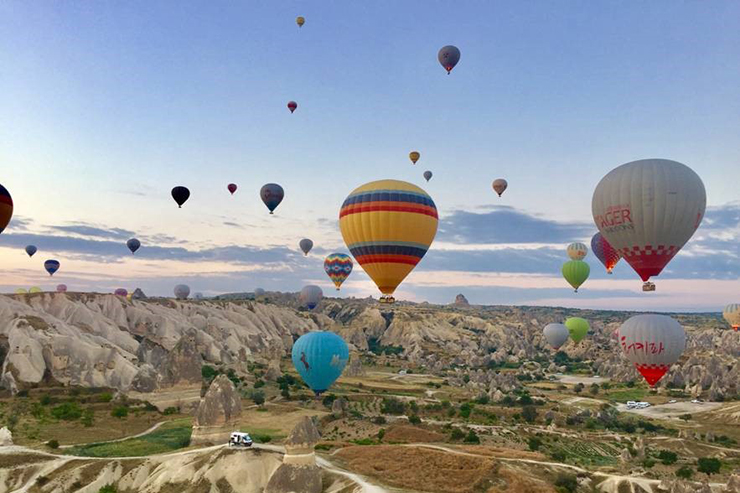 When do flights take off?

It was an early start for us, we were picked up by our hot air balloon company in a minibus at 4.40am. We then drove for about 20 minutes to the site where we witnessed how the crew unload, assemble and inflate the balloon, before clambering in for take off.

Balloons must fly in the early morning as they need stable winds and this is considered the best time of day for those conditions. There are two flights each day in Cappadocia, the first being the early one we were on where there are 100 balloons in the air. Then around 30 minutes later a second flight of 50 balloons are allowed to take off. As long as the conditions are right, you can go hot air ballooning throughout the year.

What should I wear?

In the early mornings it can get quite chilly, so it’s important to dress according to the temperature. Bring a jumper and wear flat shoes. And obviously bringing a camera goes without saying!

RELATED: FIND OUT WHEN’S THE BEST TIME TO VISIT TURKEY 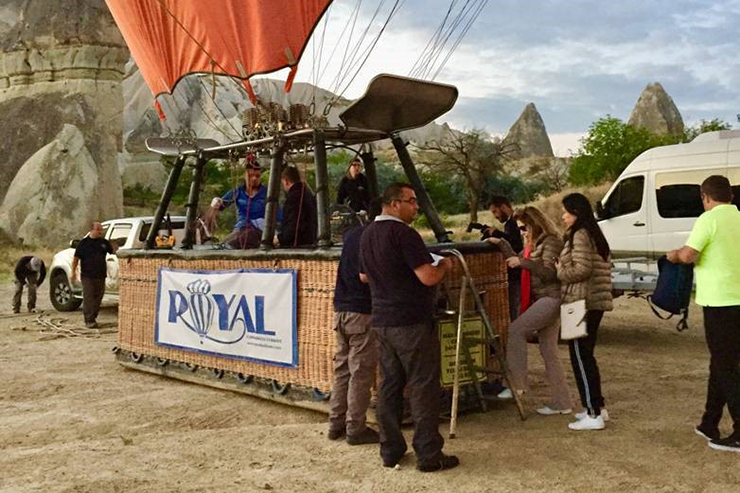 Climbing around 300 metres into the air, the hot air balloon offered panoramic views of Cappadocia. There were 20 of us in the basket, alongside a pilot and co-pilot, who pointed out areas of interest to us as we floated by.

Drifting over the beautiful valleys and bizarre rock formations, our balloon rose high and lower and our pilot span it around so we could enjoy a full 360-degree view. It was spectacular to see not only the incredible landscape, but the other colourful balloons as they glided along at different heights.

As the balloons are navigated by the wind, no two flights are the same. So you’re guaranteed a unique experience. The flight can last for an hour or sometimes longer, depending on the conditions and how long it takes the pilot to find a safe landing spot. 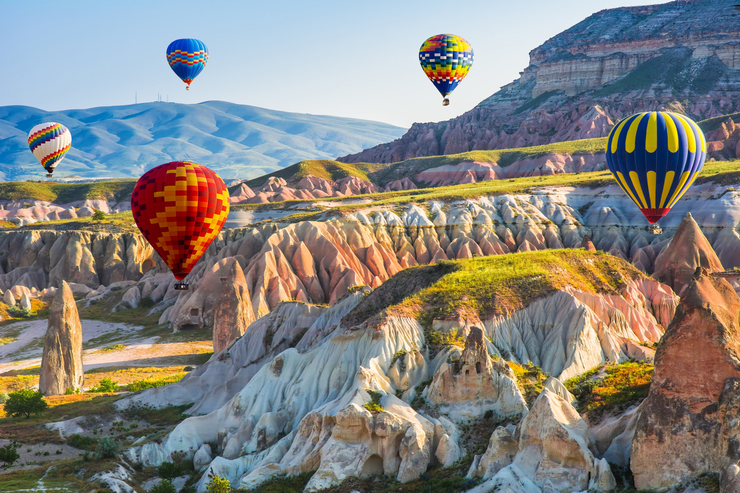 Did you feel safe?

Before we took off, we were given a safety brief covering all the dos and don’t on board, as well as the landing position. Fortunately for us, we didn’t need to use the latter as our landing was so smoothly done.

Our hot air balloon company was Royal Balloons and their pilots have accumulated a total of 15,000 flight hours and flown more than 200,000 passengers between them. We had one woman in our group who was very nervous. However, our pilot spoke to her throughout the flight, letting her know how safe she was and getting her to concentrate on the horizon. So we definitely felt like we were in safe hands!

CHECK OUT OUR DAY TOURS IN CAPPADOCIA

What happens after the flight?

After landing we were treated to a glass of champagne and chocolate covered strawberries, as well as a gold medal! We then transferred back to our hotel for breakfast and to browse our hundreds of photos. The pictures really speak for themselves when it comes to hot air ballooning in Cappadocia. And for me, this was a major highlight and a must-do for anyone visiting Turkey.