Skip to content
On The Go Tours Blog > Globe Trotting > Introducing Choquequirao: The Next Machu Picchu

Whilst Machu Picchu steals the limelight as Peru’s most famous ancient site, the country boasts many more Incan ruins that are also worthy of your attention. Often described as the lesser-known sister of Machu Picchu, Choquequirao is thought to be the next sensation when it comes to Peru’s Inca tourism.

Currently, the only way to reach these remote ruins is by a challenging four-day hike. As a result, Choquequirao draws few crowds despite its close proximity to the city of Cusco and Machu Picchu.

But all that is set to change. The Peruvian government plans to open up access and make this remote attraction accessible to the masses. So for those interested in visiting this Incan ruin before that happens, here are the answers to all your questions about Choquequirao. 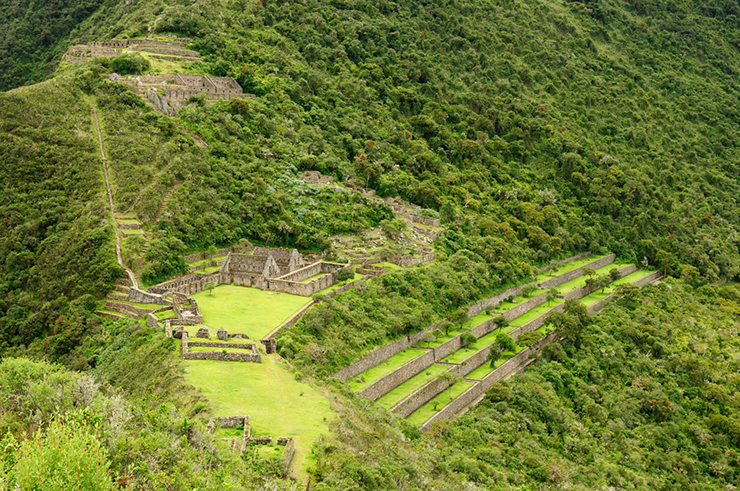 In the local Quechua language, Choquequirao translates to mean ‘cradle of gold’. And with its mountaintop location at the junction of three rivers, this ruin certainly commands an impressive setting. Although it has a similar design to Machu Picchu, with a variety of terraces and structures built around this mountain complex, in actual fact, it’s much bigger than its famous sister.

Thought to be constructed in the 15th and 16th centuries, Choquequirao played an important role as a link between the Amazon jungle and Cusco. Only around 30% of the site has been restored and it’s considered a Regional Conservation Area thanks to its abundant flora and fauna. 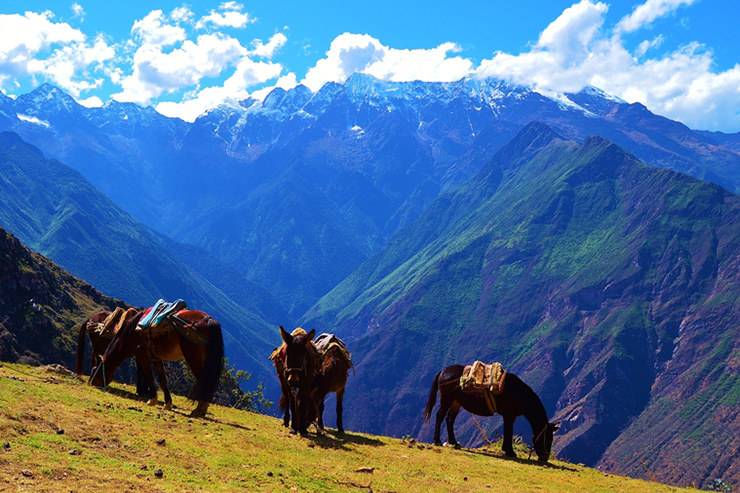 From Cusco it’s approximately a four-hour drive to Capuliyoc, a lookout point and the start of the trail to Choquequirao. Crossing the Apurimac Valley, the route enjoys fantastic views of beautiful snow-clad peaks, the Apurimac River and cloud forest, with plenty of birds and other fauna to spot along the way.

Descending around 1,500 metres and then ascending 1,800 metres to Choquequirao, the trek is definitely a tough one. It takes two days and one night to get there, followed by two more nights to visit the site and return to Capuliyoc.

Nights are spent at set-up camps along the route. If you’re travelling with a tour company, you’ll most likely have mules to carry the equipment and staff to set up camp and cook the meals each day. Whilst the trek can be done independently, a reliable tour company will take care of the logistics for you, leaving you to just enjoy the journey.

When is the best time to visit?

Choquequirao is accessible year-round. However, the best time to visit Peru and these ancient ruins is in the dry season between May and October. Although Choquequirao can be visited in the rainy season, the wet weather will make the trek a much harder experience. The warm, dry days and cool evenings of the dry season are far more agreeable for trekking. 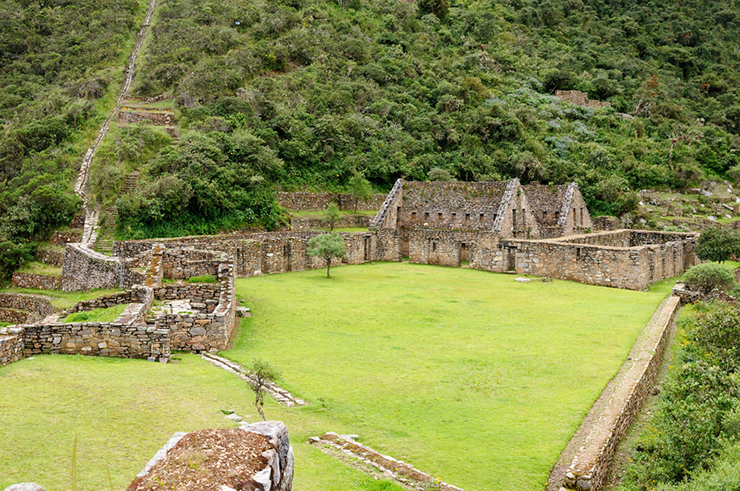 How does it compare to Machu Picchu?

Free from crowds of tourists, Choququirao is well off the beaten track. And it offers a feeling of solitude and mystery that simply can’t be gained from visiting the famed Machu Picchu. Even though this lost city was rediscovered in the 18th century by a Spanish explorer and excavated in the 1970s, these ruins still make you feel as though you’re the first to find them.

Anything else I should know?

You don’t need to be a seasoned trekker to take on Choquequirao. However, it’s a good idea to do at least some preparation before visiting. Although those with knee problems are best sticking to Peru’s other ancient sites due to the nature of the trail. Good hiking boots, insect repellent, sunscreen and a hat should be on your packing list.

One comment on “Introducing Choquequirao: The Next Machu Picchu”