If there was any sight to tear you away from the stunning Greek islands, it would be the Meteora monasteries. Situated in central Greece, these monasteries are perched atop huge sandstone rocks that rise from the plains of Thessaly. With the Greek word Meteora meaning ‘suspended in air’, there could be no better name for this otherworldly phenomenon.

As the journey between Athens and Meteora takes 4-5 hours by road or train, many tend to skip magical Meteora from their Greece itinerary. But if the photos we’ve gathered below aren’t enough to convince you already, take a read and find out why it’s worth the journey.

It’s got so much history

Whether you’re interested in geological or human history, Meteora packs in plenty of both. It’s thought that the stone pillars were first formed during the Tertiary Period, around 60 million years ago, when a series of movements in the Earth’s crust caused the seabed to withdraw and leave these rocks behind.

Ongoing weathering by the wind, water and extreme temperatures created the verticle faults and sheer rock faces we see today. The monasteries themselves originated in the Byzantine era. Monks were inspired to build these mountaintop monasteries to be closer to god and their foundations date back to the 11th century.

From the 15th to the 17th century, Meteora was in its prime as monks arrived in search of spiritual elevation. The region is now UNESCO-listed in part due to the 16th-century frescoes of the monasteries which mark the development of post-Byzantine art. 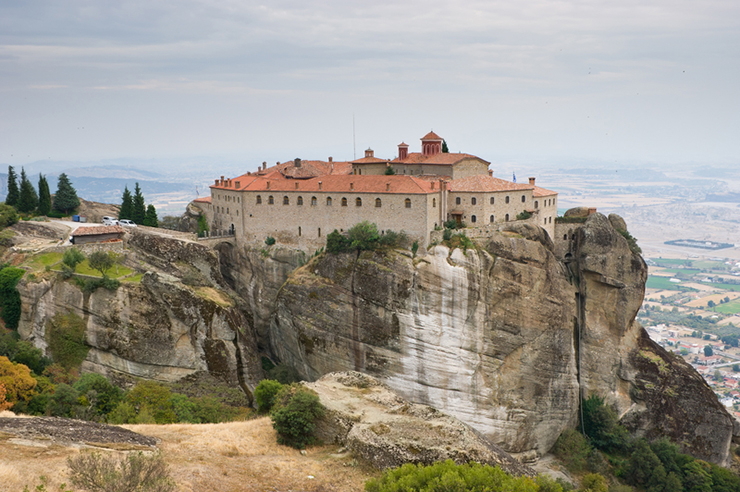 You can tour the monasteries

Although the monasteries of Meteora originally numbered 24, only six of them still operate today. And whilst they may look unreachable thanks to their vertigo-inducing locations, they’re far more accessible now than when they were first created.

Five of the monasteries can be reached by steep footpaths and steps, although some are easier to climb than others. St Stephen’s Monastery is connected by a bridge, making this the best choice for those with mobility problems.

Each monastery has an entrance fee of 3 euro per person and we recommend spending at least 2 days here to see all six. Be sure to dress modestly, with your knees and shoulders covered, and check the timetable of opening hours to plan your visit.

RELATED: 10 OF THE MOST IMPRESSIVE ANCIENT SITES IN GREECE 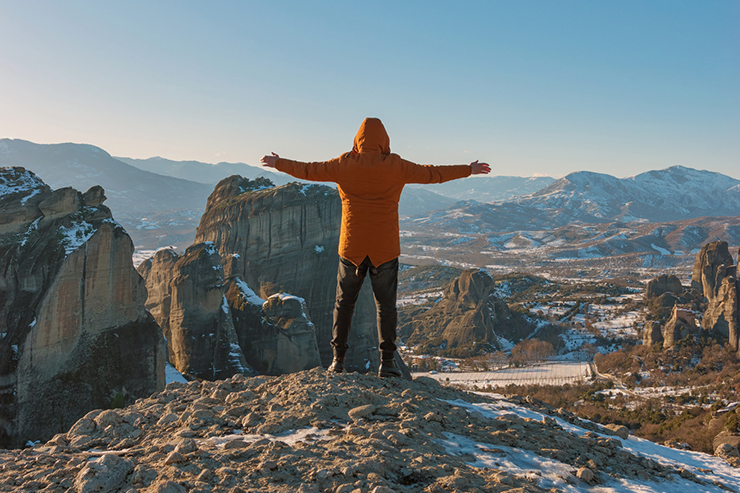 There’s plenty of adventure to be had

With its dramatic scenery and Mediterranean climate, Meteora is home to a plethora of adventure activities. And the most common way to explore this magnificent landscape is on foot.

You’ll find hiking trails ranging from easy paths to challenging routes suitable only for experienced mountaineers. But what makes them special is that for centuries these footpaths were the only way to reach the monasteries.

But that’s certainly not all Meteora has to offer, this area is also a climbers paradise! And with mountain biking and whitewater rafting to add to the list, there’s plenty of exhilarating experiences to choose from.

DISCOVER OUR WALKING AND TREKKING HOLIDAYS 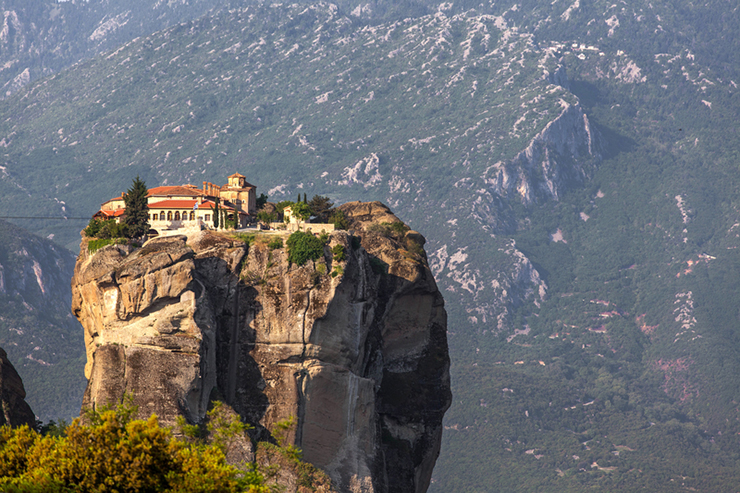 It featured in James Bond

Offering a setting like no other, it’s no surprise that Meteora has appeared in a movie or two. Yet it’s best known for featuring in the Bond movie ‘For Your Eyes Only’ starring Roger Moore.

In the final scene, 007 attempts to shimmy up the cliff face of the Monastery of Saint Cyril, which is the real-life Monastery of the Holy Trinity. This monastery boasts possibly the most striking location, set on a huge standalone pillar overlooking the valley and city of Kalambaka below.

Meteora also inspired the Eyrie in the world-famous Game of Thrones HBO series. But whether you’re a TV lover or not, you’re sure to be in awe of this spectacular destination.

VISIT METEORA ON OUR ‘BEST OF GREECE’ TOUR NOW 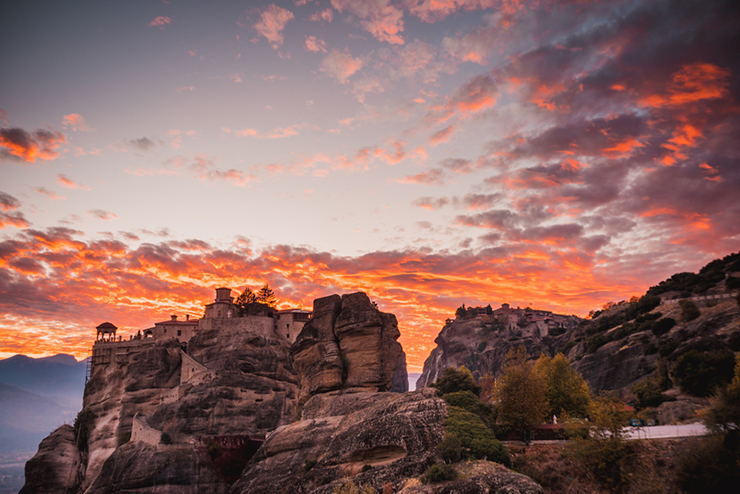 The sunsets are incredible

After touring the monasteries, rock climbing or hiking through Meteora’s landscape, there’s only one way to end the day. Sunsets in Meteora are truly spectacular, with the sky flooded in red-orange light and illuminating the sandstone pillars holding Meteora’s famous monasteries with a golden glow.

One of the best locations to watch the sunset in Meteora is the aptly named ‘Sunset Rock’. From here you can enjoy panoramic views over the valley and monasteries, although it’s understandably a popular spot.

If you don’t mind an early start, sunrises are also stunning in Meteora. This a great time to visit for professional photographers and you’ll have fewer crowds to contend with.