It may not feature on traveller’s bucket lists as often as other parts of the country, but southern India is certainly not short of attractions. Whilst northern India offers the wonderful chaos of Delhi, the palaces of Rajasthan and the gleaming Taj Mahal, southern India brings a different set of experiences to the table. So if you’re struggling to plan your next adventure, here are six unique things to do in southern India that’ll inspire you to add this region to your itinerary. (Or you can experience them all on our South India Explorer group tour!) 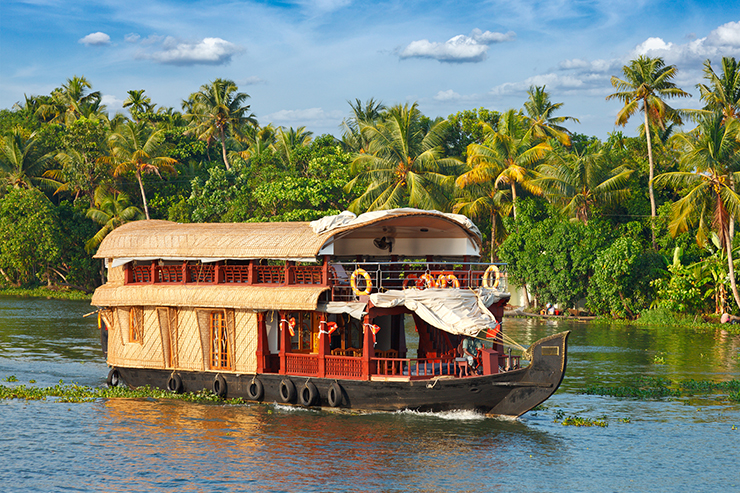 The term ‘backwaters’ doesn’t do justice to this beautiful region in the state of Kerala. A picturesque network of palm-lined rivers, canals, lakes and lagoons, the Kerala backwaters offer a far more relaxing and peaceful experience to the cities of northern India.

Traditionally, these waterways were used for transport, agriculture and fishing by the local people. And you can still witness the annual snake boat races in Allepey, where locals race in long, canoe-style boats with up to 100 rowers.

The quintessential way to explore the Kerala backwaters is aboard a traditional houseboat or kettuvallam. Either spend a day cruising along these tranquil waters or stay overnight on the boat. With delicious Indian food and a chilled beer in hand, you won’t want to be anywhere else.

COMBINE THE TAJ MAHAL AND KERALA ON OUR 14 DAY TOUR 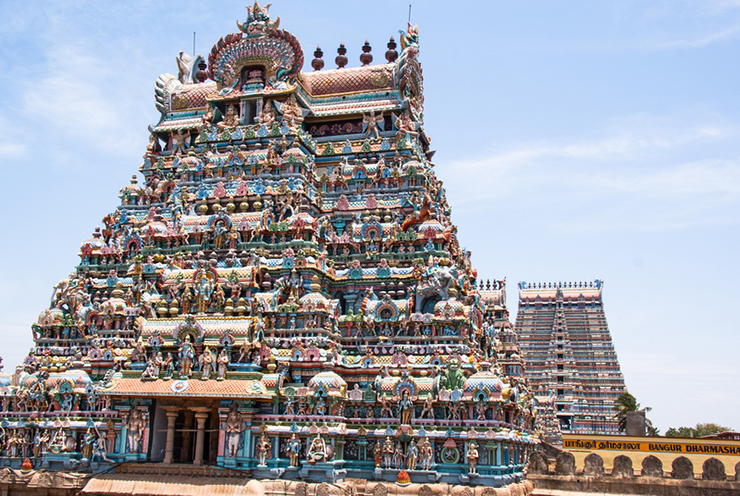 Its name might be a mouthful, but this colourful temple complex is worth getting tongue-tied over. Located on the island of Srirangam in the city of Trichy, the complex is spread over 156 acres and features seven different enclosures with 21 magnificent towers.

The tallest of these towers is 73 metres high, making it one of the tallest temple towers in Asia. The temple itself is dedicated to Ranganatha, a reclining form of the God Vishnu and boasts 49 separate shrines in his honour.

Spend at least an hour or two exploring this candy-coloured complex and marvelling at its intricate carvings. Then check out the rest of Trichy’s attractions, such as the impressive Rock Fort Temple. 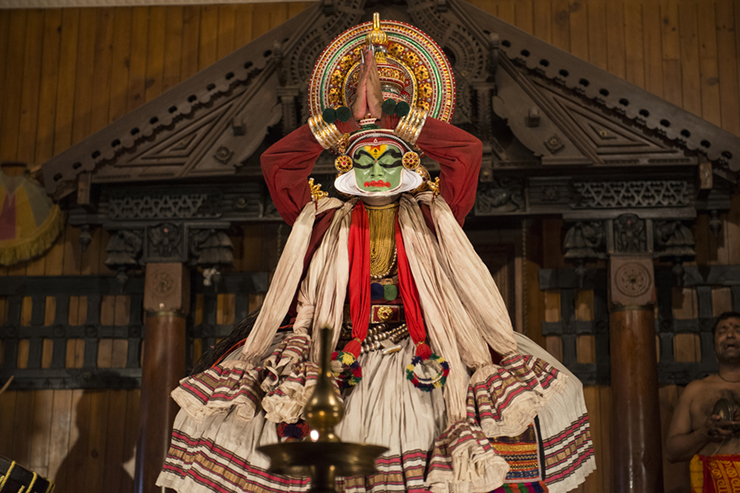 Originating over 300 years ago in the south Indian state of Kerala, Kathakali is a form of storytelling art. Combining music, dance, vibrant costumes and makeup, it retells great stories of India’s past.

During the performance, voices chant the story as the dancers mime. Audience members are particularly enthralled by the dancers’ use of movement. Facial expressions and stylised gestures have great significance, meaning you simply cannot look away from the spectacle unfolding before your eyes.

One of the best places to watch a Kathakali performance is the city of Kochi. You’ll find more traditional performances during the winter temple festivals or shorter, tourist-oriented shows year-round.

WATCH A KATHAKALI PERFORMANCE ON THIS 7-DAY TOUR 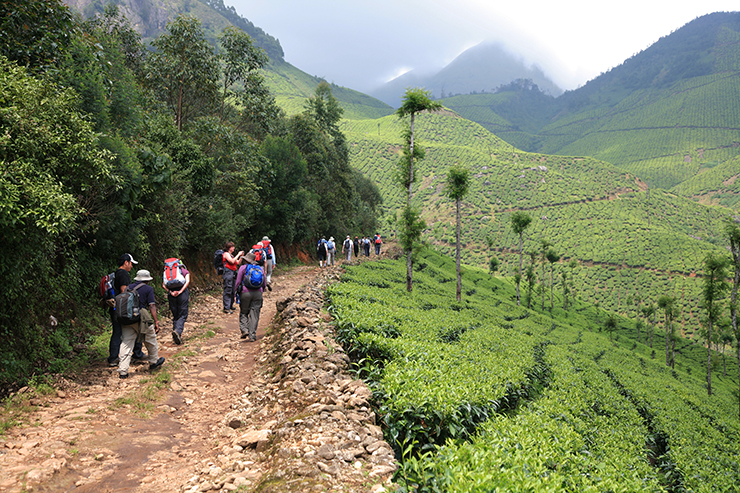 Set around 1,600 metres above sea level, Munnar is home to some of the world’s highest tea-growing estates. The region’s rolling hills are perfectly contoured by emerald-green plantations, creating some truly breathtaking scenery.

The nearby Western Ghats offer some fantastic trekking opportunities ranging from full-day to multi-day adventures. This UNESCO-listed mountain chain is older than the Himalayas and home to an incredible diversity of flora and fauna.

Eravikulam National Park, in particular, is popular for trekking as it offers spectacular views over Munnar’s tea plantations, often caressed by blankets of mist. It’s also home to the Nilgiri Tahr, an endangered mountain goat species that’s endemic to the region. 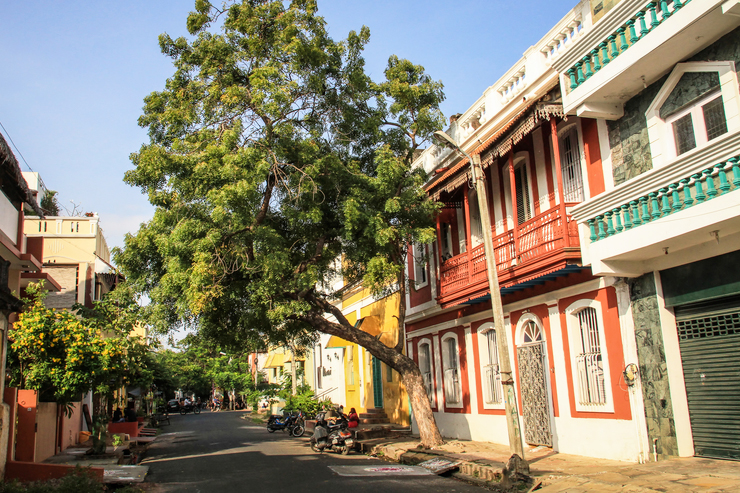 A unique destination in southern India, Pondicherry was under French rule until 1954. And its colonial legacy remains strong today, with some people still speaking French or English with a French accent.

The older part of Pondicherry is where you’ll find the greatest French influence. Its clean, European-style streets are lined with stunning French-inspired architecture, often draped with colourful bougainvillaea.

However, what also draws visitors to Pondicherry is the food. Offering a fascinating mix of French-Indian cuisine, you’ll find curries infused with subtle French flavours rather than Indian spices. Café des Arts is one of the city’s most popular cafes, serving crepes, baguettes, omelettes and other French classics.

EXPLORE PONDICHERRY ON OUR ‘CHENNAI TO KOCHI’ TOUR 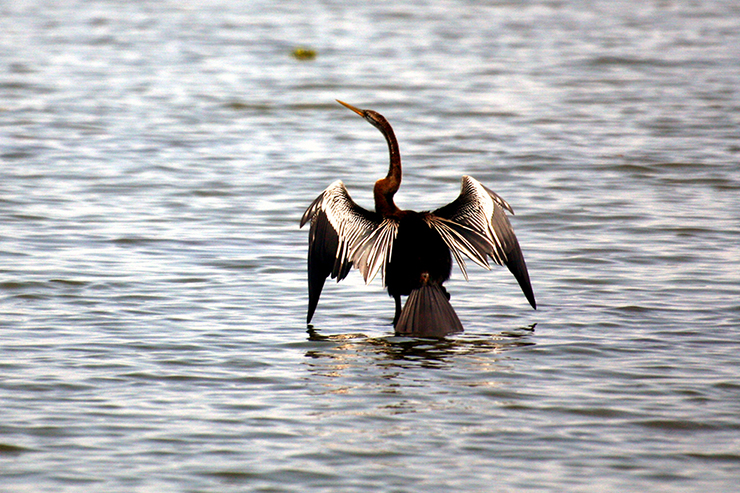 Set on the banks of Vembanad Lake, one of the largest freshwater lakes in Asia, Kumarakom Bird Sanctuary is a bird-watchers paradise. Spread across 14 acres, the sanctuary is a popular haunt for migratory birds and boasts flocks numbering in the thousands.

You’ll spot birds that have travelled from as far as the Himalayas and even Siberia, such as the Siberian stork. Other species include night herons, egrets, golden-backed woodpeckers and native kingfishers.

Either hire a boat and enjoy bird-watching from the lake or stroll along the 1.5 kilometre-long walkway into the sanctuary. Although June to August is considered the best time to bird watch, migratory species arrive from November to February.