World-famous as the home of the Great Pyramids, Cairo is the first point of call for most travellers arriving in Egypt. After exploring these ancient wonders, many tend to head straight to the resorts of the Red Sea or further south to the ancient tombs of Luxor. But the Egyptian capital has plenty more to offer its visitors. So if you’ve got a day or two to spare, why not get off the beaten track and discover this city’s lesser-known sights? Here are five attractions in Cairo you won’t have heard of (but can visit on our new Backstreets of Cairo day tour). 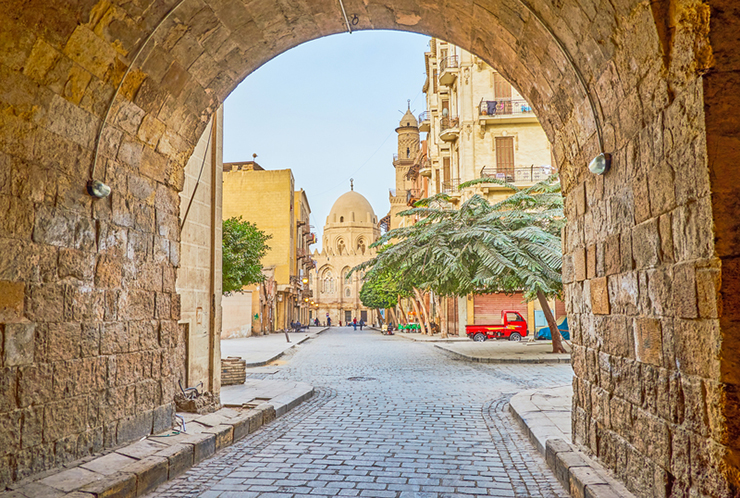 One of the most historic streets in the capital, El Moez Street offers visitors a glimpse of old Cairo. Filled with beautiful mosques and monuments, this area was noted by the United Nations for having the greatest concentration of medieval architectural treasures in all the Islamic World.

At over a thousand years old, El Hakim Mosque is a must-see and one of the largest mosques in the city. The sprawling Sultan Qalawun complex is also well worth a stop, featuring a mausoleum considered to be the most beautiful building in Cairo.

Other top sights include a 17th-century Egyptian mansion known as the Bayt Al-Suhaymi, as well as the famous gate of Bab al-Futuh. But alongside sightseeing, be sure to simply stroll along El Moez Street and check out the local cafes, shops and food carts.

VISIT EGYPT ON OUR TOURS 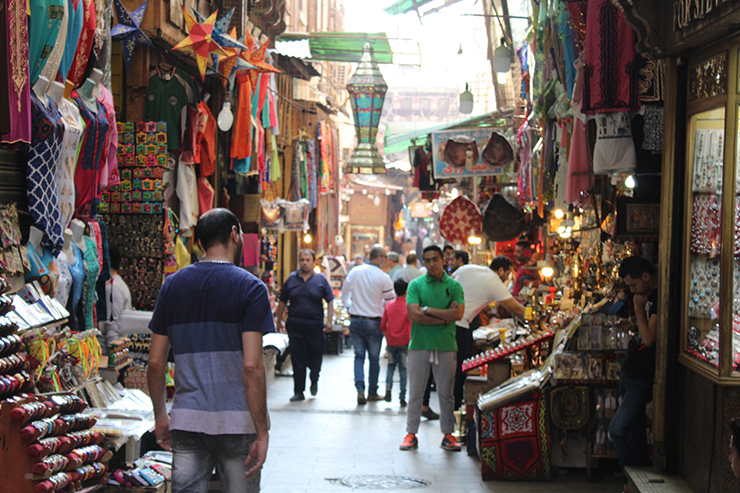 One of the oldest open-air markets (souks) in the Middle East, Khan el Khalili Market was established in the 14th century and has thrived ever since. Famous for selling traditional jewellery, clothing, perfumes and spices, the items on sale here are of high quality and made by local artisans.

The sights and sounds of the market are enduring examples of true Egyptian culture, with the tradition of haggling and bargaining going on for centuries. Navigate the bustling streets and have a go for yourself, sellers will expect you to try and barter!

When you need a break from shopping, there’s plenty of coffee shops and street food close by. Enjoy a bite to eat and soak up the atmosphere of this vibrant market. 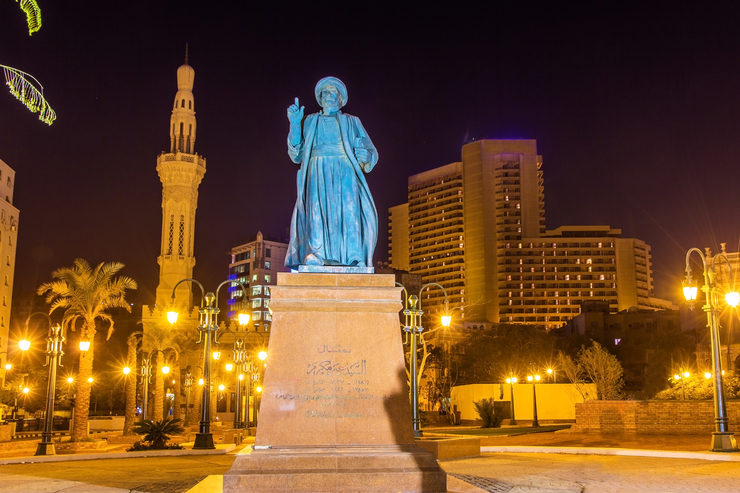 Set in the heart of Cairo, Tahrir Square offers an insight into Egypt’s more recent history. In January 2011, the square saw thousands of Egyptians come to protest police brutality and corruption. And after three long weeks, President Hosni Mubarak finally stepped down after over 30 years of being in power.

Tahrir Square is now synonymous with the revolution and you won’t find a single person in Cairo who hasn’t heard of it. Visit with a local tour guide in order to fully understand the significance of what happened here and its impact on Egyptians today.

Situated in Downtown Cairo, Groppi Cafe was first opened by a Swiss man known as Giacomo Groppi in 1891. It quickly became the meeting place of choice for the city’s more elite residents and, despite the spread of international restaurants, it remains one of Cairo’s most famous cafes today.

Its exterior boasts a unique art deco style and once inside you’ll find high ceilings with chandeliers and formally-dress waiters to take your order. Stop off for a cup of coffee and patisserie to discover this cafe’s enduring charm for yourself. 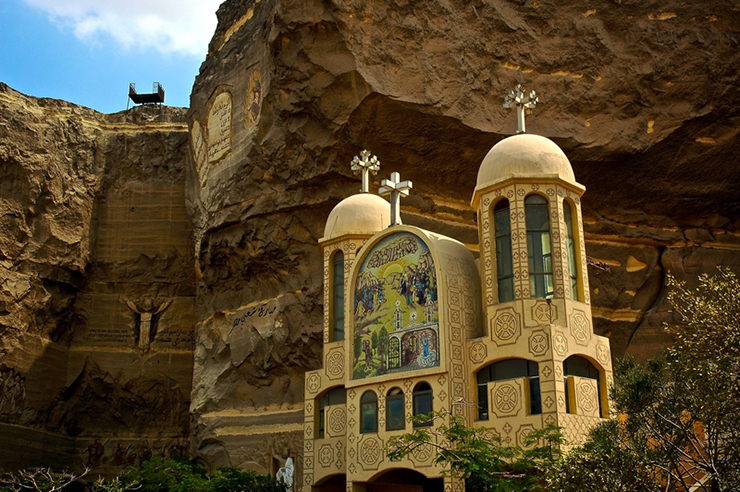 The Cave Church of St. Simon

As Islam is the main religion in Egypt, it may be surprising that a Christian church makes this list. However, this church is one of the largest Christian churches in the Middle East and famed for its setting.

Carved out of the mountainside, the church is built into a pre-existing cave that seats over 17,000 worshippers in a large amphitheater around a central pulpit. It’s the main church of Cairo’s fascinating Zabbaleen community, known for making a living by recycling the city’s rubbish.

Explore the amazing interior and learn about Simon the Tanner, the craftsman saint that the church is dedicated to. Located in southeastern Cairo in the Mokattam mountain, the church also offers great views over the city.