Spanning over 17 million km² across Eastern Europe and Asia, Russia is the largest country in the world. Its top attractions range from the cities of Moscow and St Petersburg to the idyllic countryside and charming towns of the Golden Ring. It’s a once-in-a-lifetime destination that offers an array of local experiences you won’t find elsewhere. To give you more of an idea of what’s on offer, here’s our pick of the top experiences to have in Russia. 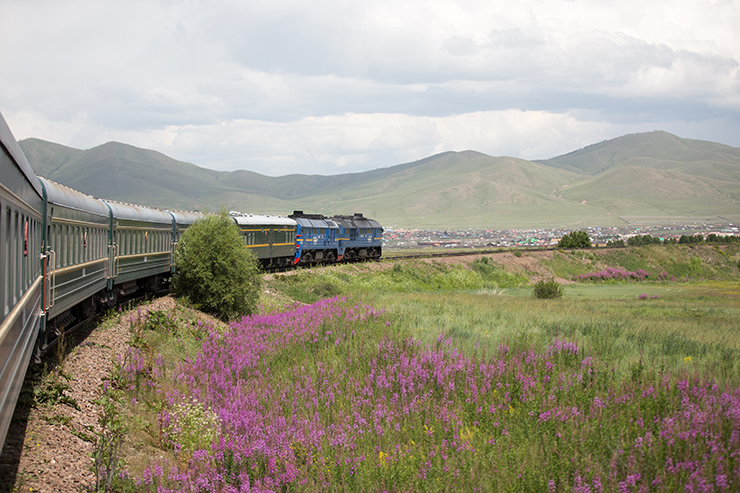 One of the most iconic train journeys in the world, the Trans-Siberian Railway connects Moscow with the Far East. It traverses the entire length of Russia (a third of the globe) and, depending on the number of stops you make, can take weeks or months to complete.

The route covers an array of fascinating landscapes, from the Ural Mountains to the Gobi Desert, and there’s plenty of activities to enjoy along the way. You could be dog sledding in Yekaterinburg or diving beneath the surface of ancient Lake Baikal.

If you’re short on time, just take the short, two-hour journey on the Trans-Siberian from Moscow to Vladimir. Once a medieval capital, this town is home to the dazzling white Assumption Cathedral and is an easy day-trip. 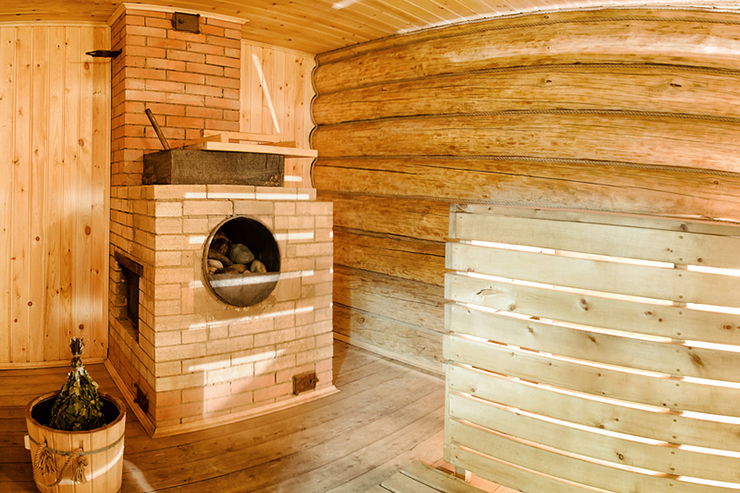 A trip to a Russian bathhouse, or banya, is a must-do when visiting the Land of the Tsars. Likened to saunas, banyas are slightly cooler and have wetter steam, offering a more hydrating experience than what you may be used to at spas back home.

Banyas have been around for centuries in Russia and are still just as popular today. You’ll find them in cities such as Moscow, with some families also installing their own in their summer cottages. Said to be good for your health and skin, they’re the perfect way to warm up if you’ve been sightseeing during the cold winter months. 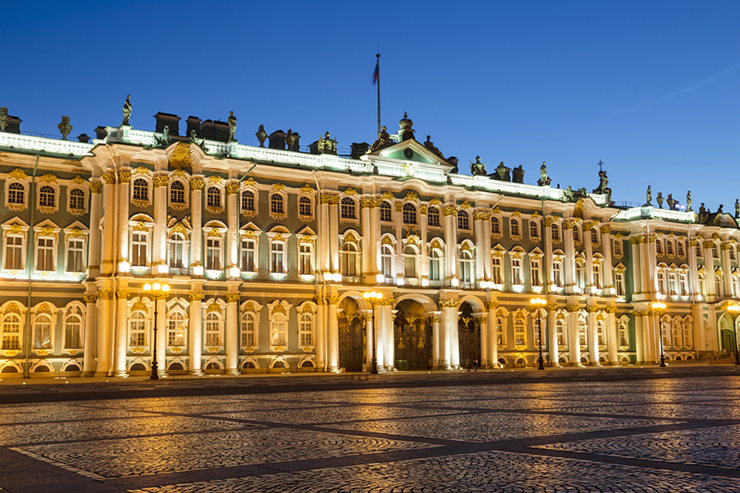 Attend the Long Night of the Museums

Between late May and late July, the beautiful city of St Petersburg comes alive for the annual White Nights Festival. During these months, the sun never fully sets and the city puts on a rich calendar of events across its magnificent theatres.

One of the festival’s most notable events is the Long Night of the Museums. On this date, some of the city’s most prestigious museums and galleries are open into the early hours of the morning. Entry is free and visitors can enjoy a nighttime browse of their fascinating collections and exhibits. 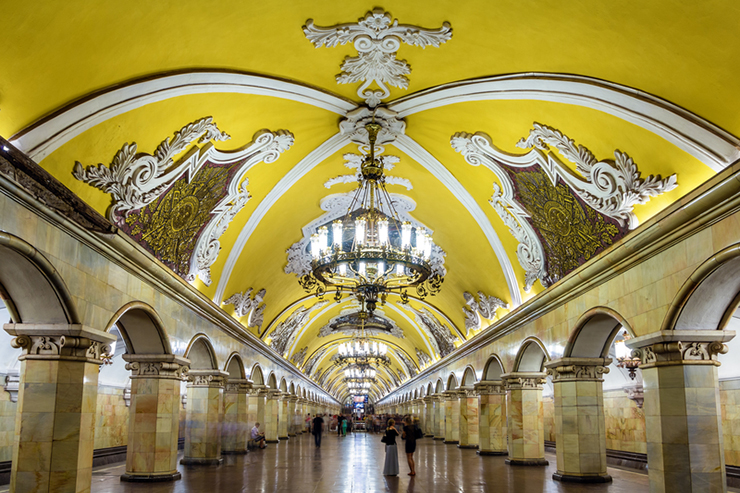 Not only is Moscow’s Metro among the world’s cleanest, but also the most beautiful. Its ballroom-like stations boast baroque ceilings, marble columns and ornate chandeliers, making it quite unlike any other transport system.

Opened in 1935, the system has a total of 206 stations and 13 underground lines. Some of the most beautiful stations include Mayakovskaya, Aviamotornaya and Kievskaya, but simply hop on and off to see what else you can find. 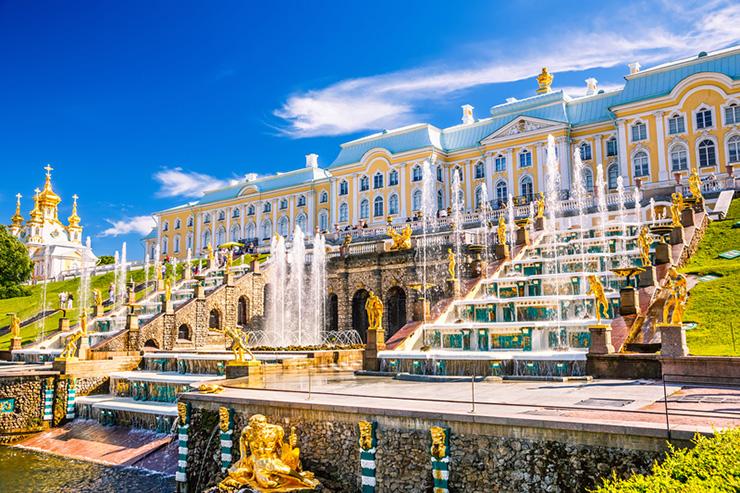 Located just outside the city of St Petersburg, Peterhof is often referred to as the ‘Versailles’ of Russia. Influenced by Peter the Great’s visit to France in the early 18th century, the complex features a set of elegant palaces and gardens which were home to the Tsars.

Peterhof’s biggest attraction is the Baroque-style Grand Palace at its centre. Surrounded by spectacular gardens and fountains, this is the best place to start exploring this UNESCO-listed attraction.

SUBSCRIBE TO OUR NEWSLETTER FOR MORE TRAVEL INSPIRATION AND DISCOUNTS 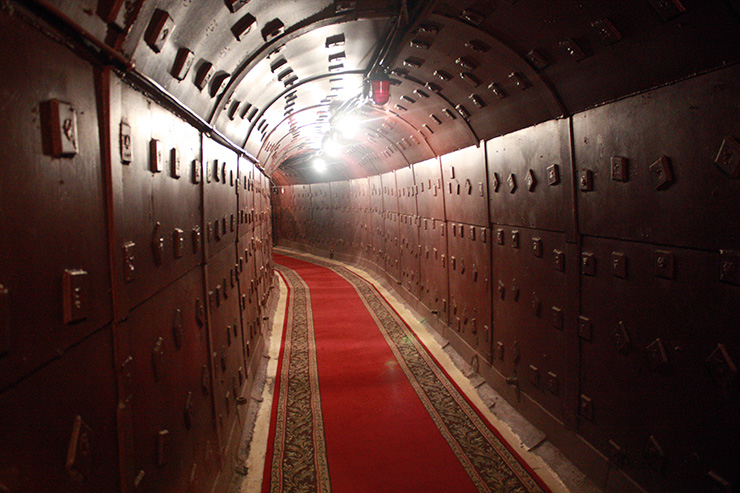 Go inside a Soviet bunker

For those interested in Russia’s more recent history, a visit to the Underground Cold War Museum is a must. Located within a Stalinist-era soviet bunker, the museum is cleverly hidden 65 metres beneath an ordinary apartment building in the heart of Moscow.

Constructed in the 1950s, and in operation throughout the 1970s, the bunker’s purpose was to protect a select few in the event of a nuclear war. It wasn’t until the 1990s that the bunker came off the top secret list and was finally open to visitors. Experience an interactive tour for a fascinating insight into the tense era of the Cold War.