Movies and books not only captivate us with their clever plotlines and lovable characters, but with their magical settings. Whilst you’ll find plenty based on real-life locations, it’s the ones set within an imaginary city, country or even a whole world, that truly has the power to capture our imaginations and transport us to these fantasy destinations. Fortunately, some of these places have been inspired by the wonderful world we already have. Don’t believe us? Here’s our pick of the top five fictional places you can visit. 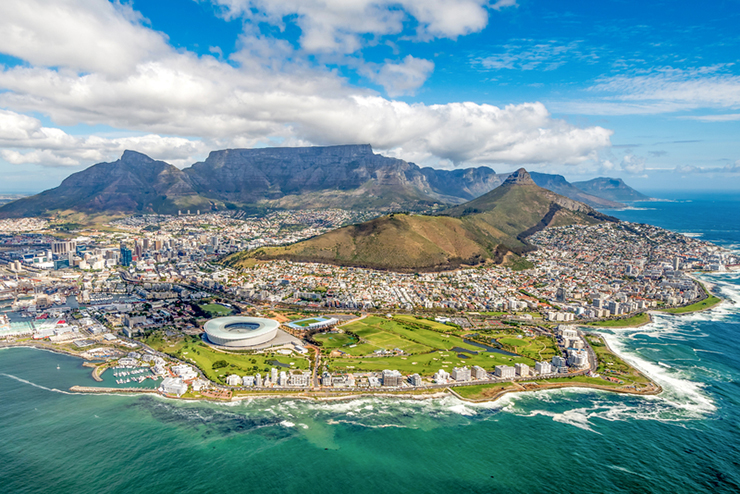 One of the most eagerly anticipated movies of 2018, Black Panther made box office history as the first big budget superhero movie with a black-led cast. It was also significant as the main character T’Challa is king of a fictional African country named Wakanda.

Africa has historically been negatively portrayed in the West as a continent of poverty and little development. However, Wakanda is presented as a rich, powerful and technologically advanced nation. Surrounded by mountain ranges and thick forest, Wakanda is also stunning. And, understandably, the hit Marvel movie is inspiring many to visit Africa in search of the real-life alternatives to Wakanda.

One such destination is the beautiful city of Cape Town. Located on the southernmost tip of Africa, Cape Town is overlooked by the dramatic Table Mountain, from which you can enjoy unforgettable sunrises over the ocean. The city also boasts a stunning coastline of golden beaches, alongside plenty of restaurants, shops and nightlife, making it a must-visit whether you’re a movie buff or not.

Recommended Tours to Cape Town: Cape to Namibia or Cape to Falls 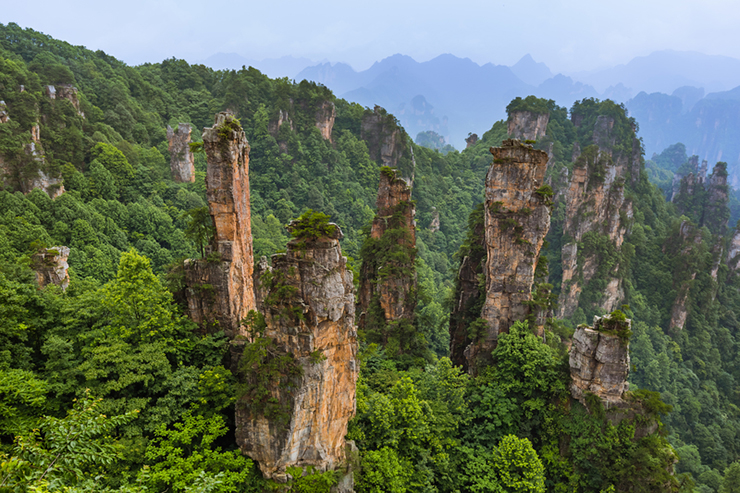 With worldwide box office taking of over $2.8 billion, Avatar remains the highest grossing film of all time. Directed by James Cameron, the movie is iconic for its setting on a fictional moon known as Pandora.

This life-bearing moon is covered in tropical rainforest and mountains. It’s home to the Na’vi, a race of aliens with blue skin, as well as other exotic fauna and flora. Whilst it may not exist in real life, it’s well-known among Avatar fans that Pandora was inspired by Tianzi Mountain in south-central China, one of the most stunning fictional places you can visit.

Situated within the Wulingyuan Scenic Area, Tianzi Mountain forms part of an otherworldly landscape of precariously stacked pillars, hidden valleys, limestone caves, rivers and waterfalls. The mountain is steeped in legend and you can take a cable car to view this surreal scenery for yourself.

Inspired to visit Tianzi Mountain? Our tailor-made team can put together your very own China itinerary visiting this spectacular landscape and other top sights such as the Great Wall and the Terracotta Warriors. 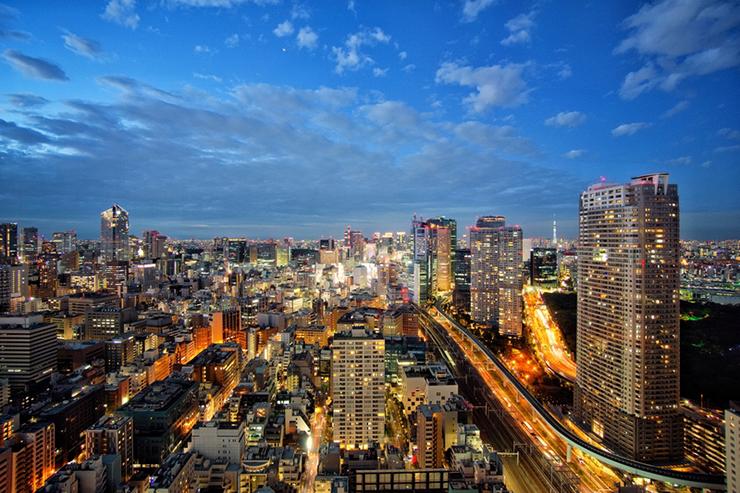 The city-covered planet of Coruscant is the capital of the galaxy in the famous Star Wars franchise. Featuring towering skyscrapers and streams of airborne traffic, this futuristic world is home to both humanoid and alien species.

Whilst cities are fast-growing across our world, we’re fortunately far from experiencing the urbanization of Coruscant. However, a real-life alternative to the ‘Galactic City’ is the Japanese capital of Tokyo.

With a population of over 13 million, Tokyo is not only the biggest city in Japan, but one of the largest in the world. Its gleaming skyscrapers, huge overpasses, cosmopolitan entertainment districts and neon-lit streetscapes present a city hurtling towards the future. Spend a few days exploring then catch a bullet train out of Tokyo to experience Japan’s traditional side. 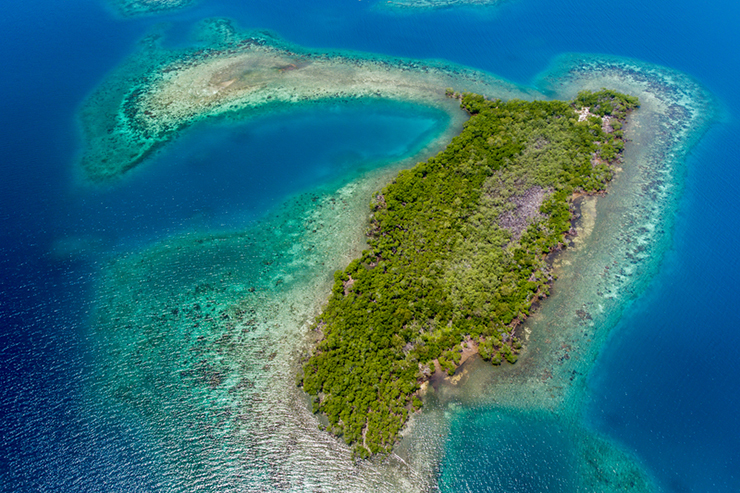 One of the most beloved children’s books ever written, J.M. Barrie’s ‘Peter Pan’ has continued to inspire generations since its publication in 1904. The tale of the boy who never grew up has since been made into several movies and TV shows, with the original setting being the mythical island of Neverland.

Although Neverland is a fictional place, popular Youtuber Mathew Patrick from The Film Theorists claims Peter Pan is set on the beautiful Turneffe Atoll off the coast of Belize. Forming part of the world’s second-largest reef system, this atoll is alive with colourful corals, fish and rays, perfect for diving and snorkeling – one of the most beautiful examples of fictional places you can visit.

It’s also the only location on the planet to match key aspects of Neverland from the book and movies. Turneffe Atoll has its own species of crocodile and was where real-life pirate Blackbeard (who Captain Hook originally worked for in the book) used to capture ships. And there’s no denying, it certainly is a little slice of paradise. 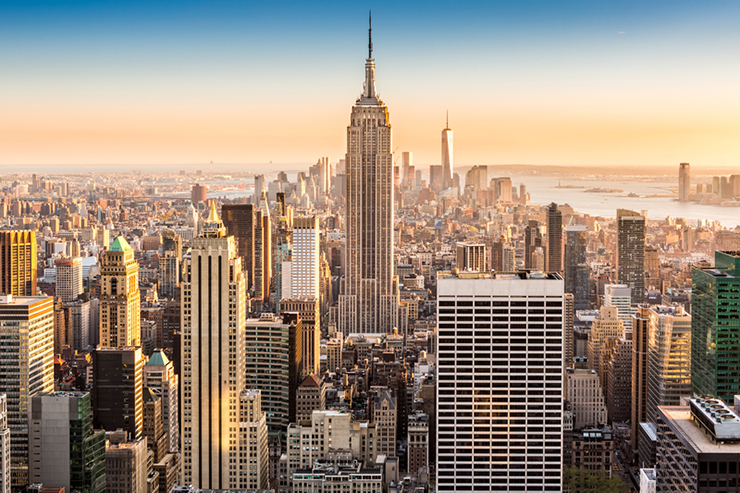 Hitting the big screen in 1978, Superman was the first modern superhero movie. Since then, the franchise has grown considerably and the superhero is still a cultural icon today.

The movies and original comics are set in the fictional city of Metropolis, but this is certainly a fictional place you can visit – Metropolis is believed to be based on New York. Various iconic buildings appeared in the first movie, with a chase scene taking place through Grand Central Station and the Daily News Building in midtown acting as the Daily Planet.

Alongside visiting these filming sites, a visit to New York takes in some of the most famous buildings and sights in the world. Climb the Empire State Building, experience Times Square or take a stroll through Central Park. With so much to see and do, New York could keep you entertained for weeks.