In an era when climate change is our biggest challenge, there are many ways in which we can make our globetrotting that bit better for the planet. Travelling to eco-friendly destinations is one such example. So if you’re searching for a more sustainable adventure, take a look at these countries paving the way for a greener future. 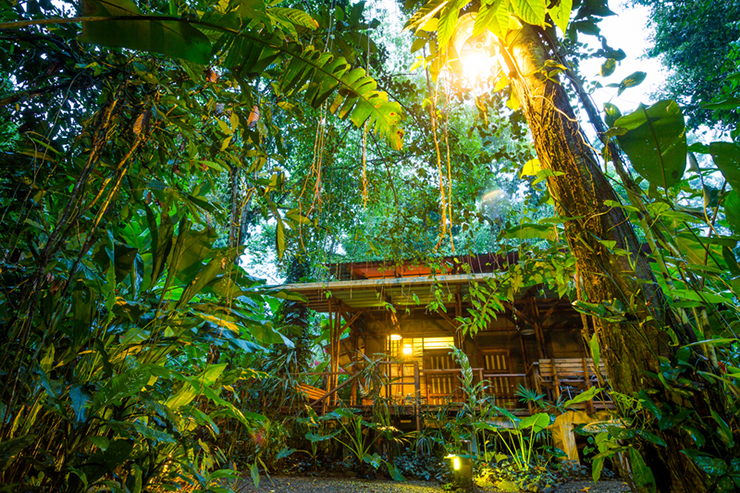 As one of the most biologically diverse countries on the planet, it’s no surprise Costa Rica makes this list. With over 500,000 different species of animals and plants, this Central American nation is home to 4% of the world’s wildlife. These species are protected across a range of national parks and reserves, which make up more than 25% of the country.

Visitors will find an array of eco-tourism activities to enjoy across these parks. These vary from volcano trekking and whale watching to canopy tours and river rafting. There’s also a variety of eco-lodges available, so you can ensure each aspect of your trip is as sustainable as can be.

What’s more, Costa Rica currently gets almost all its electricity from renewable sources. It’s not stopping there either. Newly elected President Carlos Alvarado is on a mission to make Costa Rica one of the first carbon-neutral countries in the world – and he’s well on his way to making this happen. Costa Rica is certainly one of the most eco-friendly destinations in the world.

FIND OUT ABOUT OUR SUSTAINABLE TRAVEL INITIATIVES 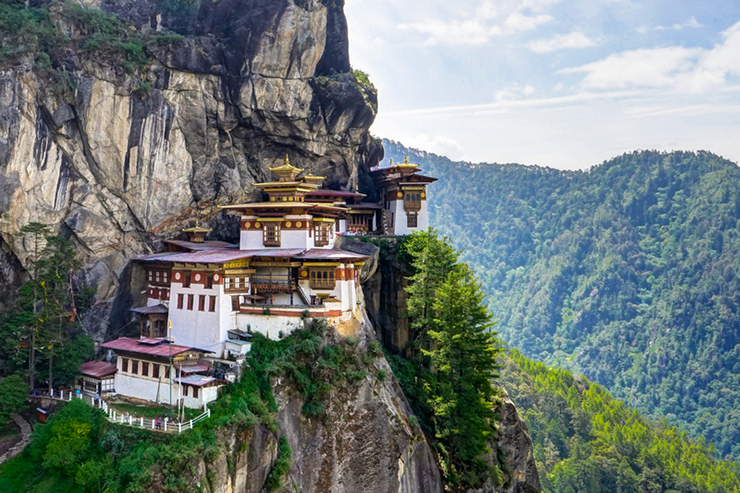 Bhutan may be one of the smallest countries in the world, but it’s also one of the greenest. As 72% of the country is tree cover, Bhutan absorbs more carbon dioxide than it produces. While 1.5 million tons are produced each year, 6 million tons are absorbed by forests. This makes Bhutan not only carbon neutral, but carbon negative.

Sustainability has been built into Bhutan’s national identity, with the peoples’ love and respect for nature driven by Buddhist traditions. Since opening its doors to the western world in the 1970s, Bhutan has tightly controlled tourist policies. A move that has successfully helped maintain its natural spaces.

The Bhutanese government also has big plans for the future. They’re aiming for Bhutan to produce 100% organic food by 2020 and to produce zero waste by 2030. With goals such as these, Bhutan really is leading the way as an eco-friendly destination. 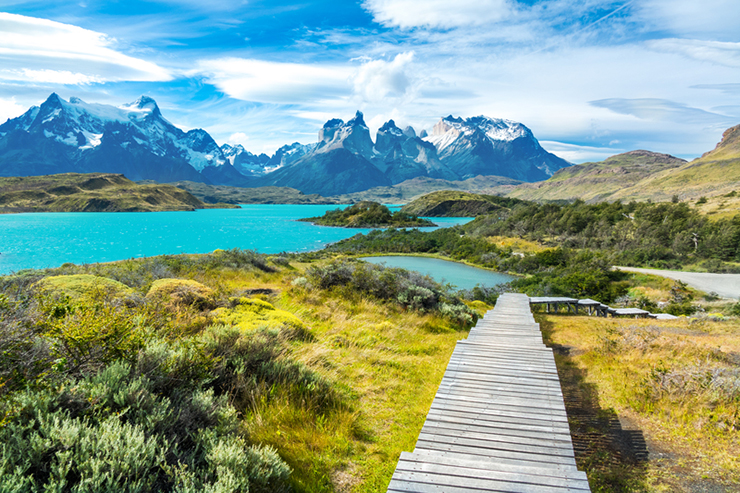 Chile was ranked by Ethical Traveller as one of the world’s 10 best ethical destinations in 2019. This is with very good reason. Chile was not only the first country in South America to enact a carbon tax, but the first to legally ban the commercial use of plastic bags.

In 2018, the Chilean government also created five new national parks and expanded three others. This added to a total of over 10 million acres, representing an area of protected land the size of Switzerland.

Located at the southernmost tip of Chile, Patagonia is home to nine of the country’s national parks. Renowned for its remote and untamed wilderness, this region is one of the most unspoilt places on Earth. With a selection of eco-friendly accommodation options, it’s a great destination for those in search of a greener adventure. 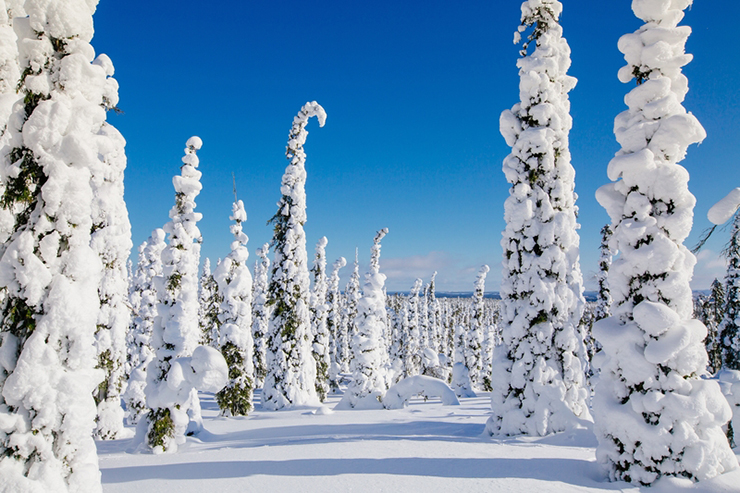 Ranking 10th on the Environmental Performance Index, Finland is doing much to become more eco-friendly. The country’s goal of consuming 38% of their energy from renewable sources by 2020 is legally binding. They’re also aiming to achieve a completely carbon-neutral society by 2050.

A number of cities around the world are looking at ways to become car-free – and Helsinki is one of them. The capital has an ambitious plan to eliminate the need for car ownership by 2025.

With over 70% of its land covered by forest, Finland is also the most forested country in Europe. Time your visit with the winter and you’ll get some fantastic photos of the trees blanketed with snow.

FIND OUT THE BEST TIME TO VISIT FINLAND 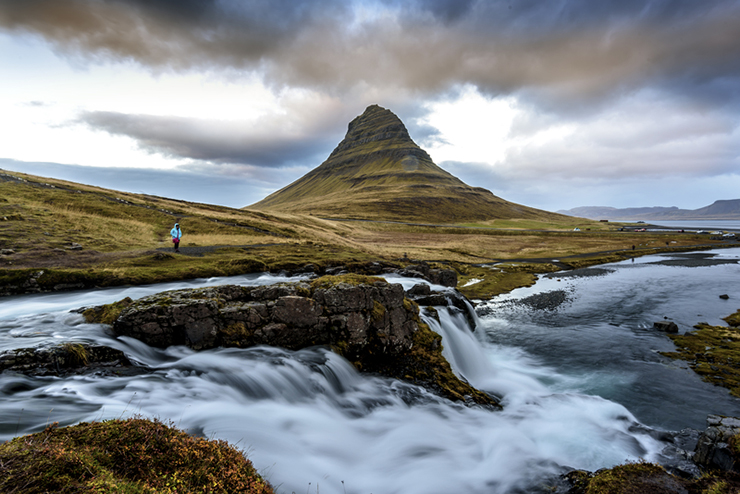 Iceland’s remarkable geography and geology have not only landed this country firmly on the tourist map, but allowed it to become a leader in renewable energy. 72% of Iceland’s electricity is provided by hydropower plants and 26.8% from geothermal energy.

Iceland is also tackling the issue of plastic pollution. In a landmark declaration this year, Iceland and the other Nordic governments formally called for a global treaty to tackle the plastic crisis in our oceans. They’re also working to ban cosmetics containing plastic microbeads.

According to Responsible Travel, the best way to explore Iceland is on an organised, small-group tour. Many independent travellers don’t stick to official routes and so accidentally cause damage to Iceland’s pristine landscapes. 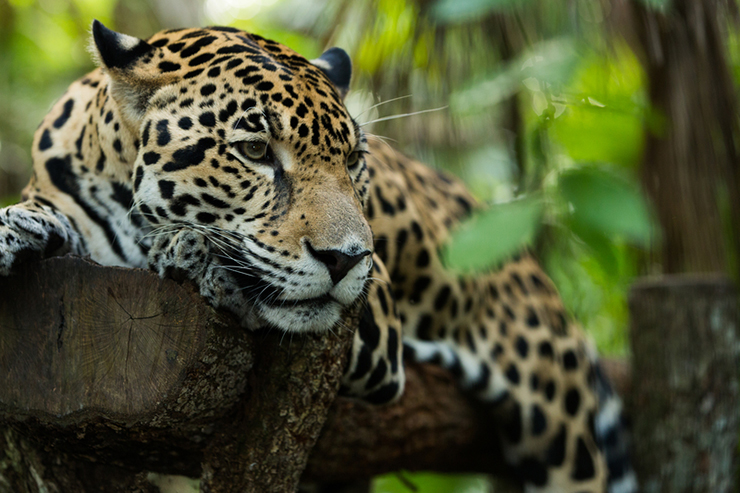 Home to the world’s second-largest coral reef system, Belize is one of the world’s premier ecotourism destinations. You’ll find a wealth of eco-lodges available here, with Leonardo DiCaprio building his very own on the beautiful Blackadore Caye.

As the economy is largely dependent on tourism, Belize has invested in protecting its natural spaces. 36% of its land is under protected status, as well as 13% of the surrounding waters.

The country is also home to the world’s only jaguar reserve and the government recently established the first-ever nationwide ray sanctuary. So if you’re looking for wildlife experiences, Belize could be the eco-friendly destination for you. 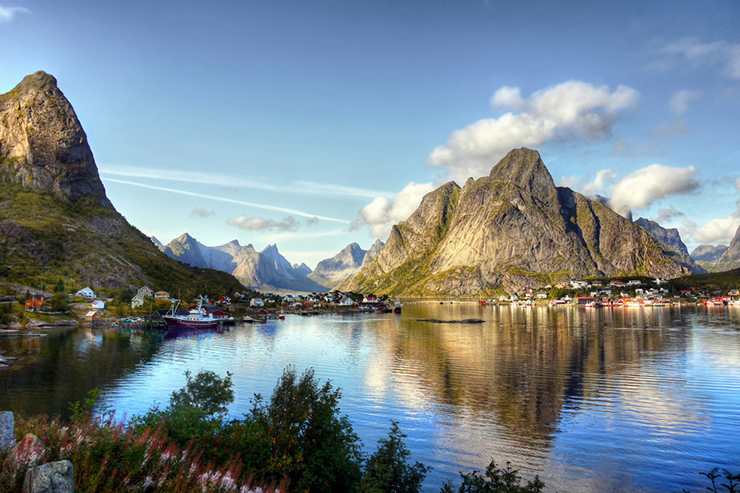 Another of the world’s most eco-friendly destinations, the Scandinavian nation of Norway is soaring towards a greener future. Norway is a leader in the adoption of zero-emission vehicles. In fact, electric vehicles outsold gas and diesel models in Norway for the first time in March 2019. They accounted for 58.3% of all sales and the government is aiming to stop selling new gas and diesel passenger cars and vans by 2025.

To add to this, Norway boasts one of the most efficient recycling schemes in the world. 97% of all plastic bottles are recycled, with 92% turned back into drinks bottles. The country is also aiming for its famous fjords to be free from cruise and ferry emissions by 2026 – adding yet more reasons to visit this breathtaking landscape.

Which of our eco-friendly destinations would you most like to visit? Let us know in the comments!