The live-action remake of The Lion King is soon to be hitting cinemas, with its iconic characters given a new lease of life by a star-studded cast. But if you’re interested in seeing Simba or Pumba off the big screen and in their natural habitats, here’s where to see your favourite Lion King characters in the wild. 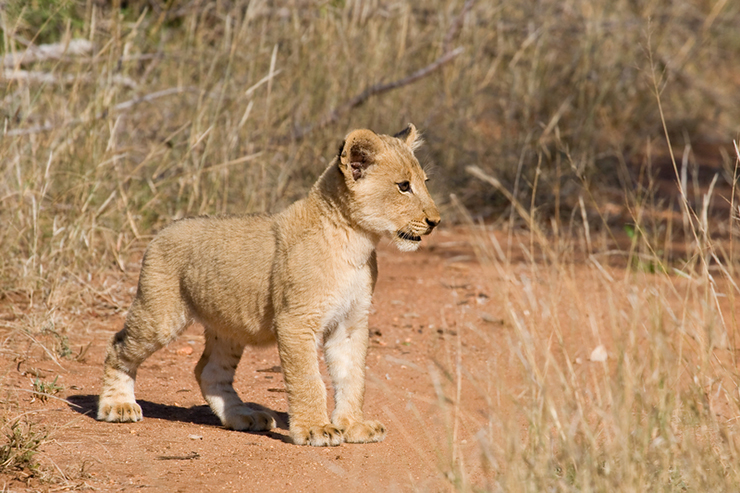 Son of Musafa and future king of the Pride Lands, Simba is played by the actor Donald Glover in the remake. However, off-screen, one of the best places to see lions is the wilderness of the Masai Mara.

Covering some 1,510 square kilometres, the Masai Mara is part of a vast ecosystem combined with the Serengeti in Tanzania. With one of the largest lion populations in Kenya, it’s home to around 18 prides. Out on safari, you’ll spot the rest of the famed Big Five too. 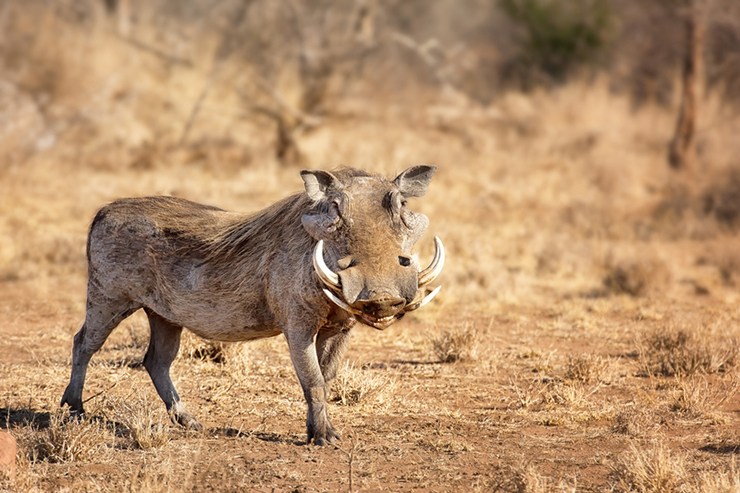 Played by comedy actor Seth Rogan, Pumba the warthog is easily one of The Lion King’s most lovable characters. And if you’re looking to see one of his kind in the wild, Hwange National Park in Zimbabwe is our pick. Here you’ll see their peculiar habit of kneeling on their front knees to feed.

The park has no shortage of other wildlife, with over 100 mammal species including giraffe, zebra, cheetah and baboon. There’s also the opportunity to get up close on a walking safari and learn some tracking techniques. 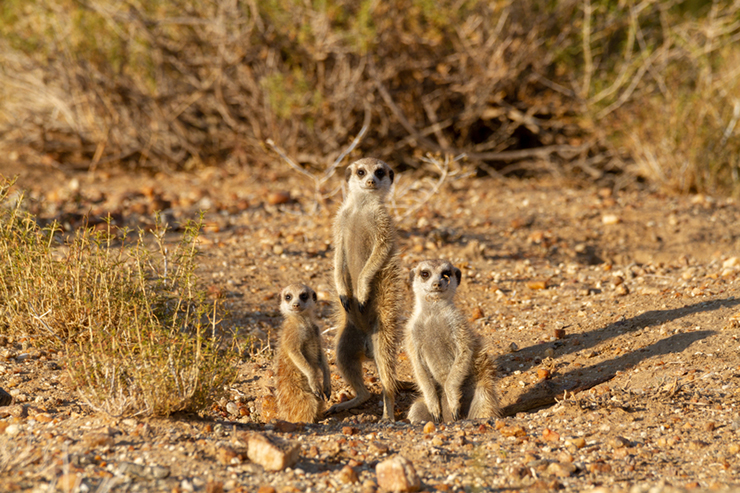 Despite being one of Africa’s smallest mammals, meerkats have become one of the most iconic thanks to the popular show ‘Meerkat Manor’. So if you’re looking to see the real-life Timon, head to Etosha National Park in Namibia.

The park is home to one of the largest salt pans in the world, as well as colonies of 10 to 40 meerkats. Alongside spotting these adorable creatures, be sure to soak up this incredible landscape. 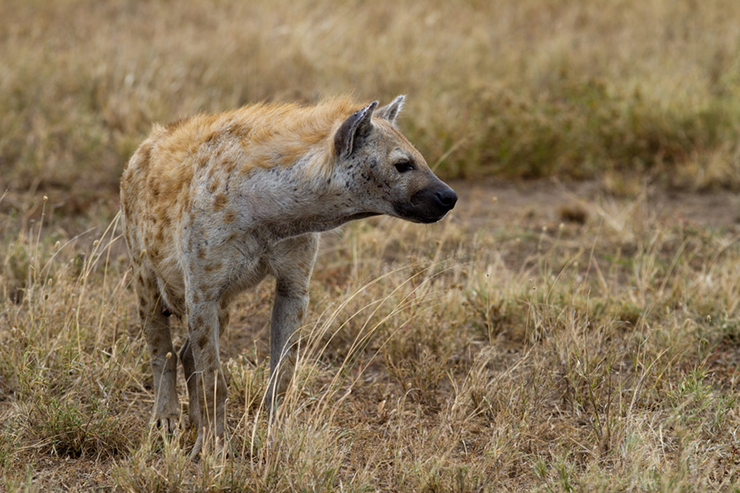 One of Scar’s main henchmen, Shenzi is the female leader of the hyenas that Simba and Nala encounter in the ‘Elephant Graveyard’. As one of Africa’s top predators, these animals add a touch of drama to any African safari.

Head to the vast Serengeti in Tanzania and you’ll see plenty of hyenas prowling the plains. The sound of their piercing laughter and calls will add another element of excitement to your experience. 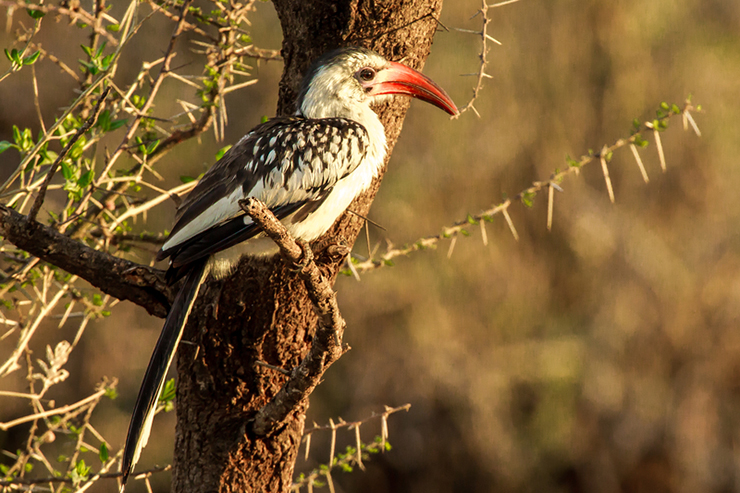 Royal adviser to Musafa and later to Simba, Zazu is a red billed hornbill. This species of bird is easily identified thanks to its large bill and found across much of Africa.

But if you’re a keen bird watcher, we recommend heading to the Okavango Delta in Botswana. These birds have a special relationship with mongoose and will alert them if a predator is nearby. By keeping them safe, they are then able to feed on the insects disturbed by the mongoose as they forage for food.

EXPLORE THE OKAVANGO DELTA ON OUR BOTSWANA TOURS 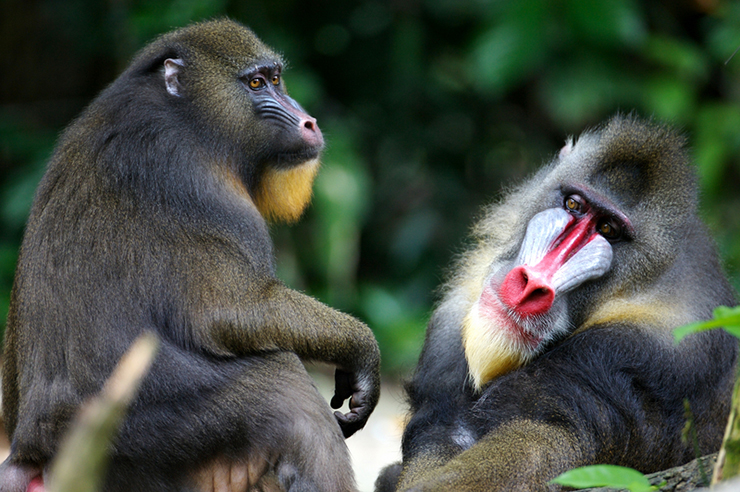 While Rafiki is commonly mistaken for a baboon, he is actually a type of monkey known as a mandrill. These colourful primates are found only in the rainforests of equatorial Africa.

Sandwiched between Cameroon and the Republic of Congo, Gabon is a haven for African wildlife with a total of 13 national parks. If you venture to this little-visited corner of Africa, you’ll be able to track large groups of mandrill in Lope National Park.