South Korea may not be the first destination you think of when planning a trip to Asia. But with its stunning landscapes, vibrant cities and mouth-watering cuisine, it certainly should be. If you need a little more inspiration, here are the top reasons to visit South Korea. 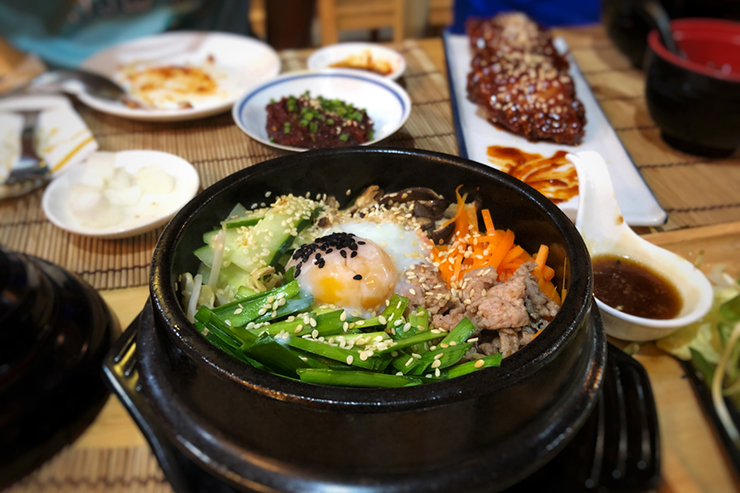 Koreans have great pride in their food and, despite it becoming increasingly popular around the world, nothing quite beats sampling it in its country of origin. Capital city Seoul is a foodie paradise, particularly when it comes to local street food. So don’t leave without trying some authentic dishes.

Kimchi is the most quintessential Korean food, consisting of fermented cabbage and chili. Other local dishes include Korean BBQ and Bibimbap, which is made of rice, vegetables, often beef, and has a fried egg on top. If you’re looking for a tasty snack – try Jeon. This is a type of savoury Korean pancake, made with meat, vegetables or seafood.

‘South Korea is booming.  There are so many things to love about this country but for us, the one thing that keeps us coming back is the food.  People who haven’t been there probably know about kimchi and Korean BBQ.  They’re two of our favorites and something we enjoy having often, but every visit to Korea introduces us to new and exciting dishes, many of which we’d never heard of before!’

‘On our last trip, we were mesmerized by ganjang gejang which is a dish of soy-marinated raw crab.  It’s time-consuming to make and tough to describe because we’ve never had anything like it.  Served cold with loads of tomalley and a bowl of white rice, it’s flavor-packed and delicious and a must-try in Korea.  We’d fly to Seoul just for that!’ 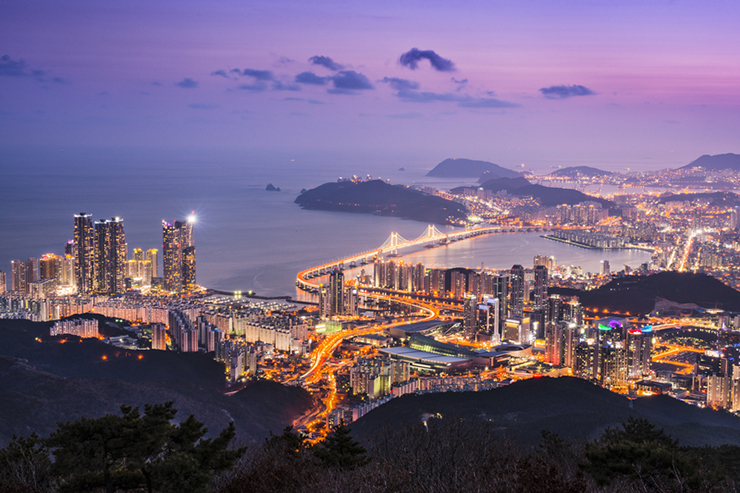 Whereas big drinking sessions tend to occur at the weekend in much of the Western world, in South Korea there’s a party to be had nearly every night of the week. What’s more, nights out tend to consist of rounds known as cha, with Koreans eating and drinking at several locations well into the early hours.

While there are plenty of bars and clubs to be found, no night out in South Korea would be complete without experiencing noraebang, or karaoke. Loved by Koreans of all ages, karaoke clubs are often open 24-hours a day, so you can sing your heart out at any time.

Seoul may have one of the biggest nightlife scenes in Asia, but Busan has also gained a reputation as a party city. With a huge student population from a total of eleven universities, it’s no surprise really. 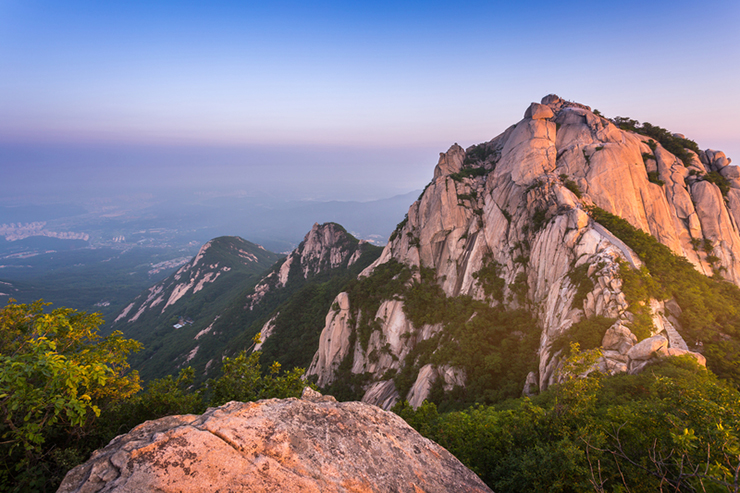 Hiking isn’t just a pastime in South Korea, it’s a key part of the culture. Roughly 70% of the country is mountainous and on any trail you’ll spot plenty of locals enjoying some time in the great outdoors. One of the most popular routes is in Bukhansan National Park, close to the capital. There you can climb to Seoul’s famous peak, Baegundae, in just a 3.5-hour return trip.

‘I’d highly recommend for any English speaking traveler to download Kakao Map and Kakao Subway/Bus apps to get around. The beloved Google Maps we’re so used to in Western countries doesn’t work well there at all, and the local maps app Naver is in Korean.’ 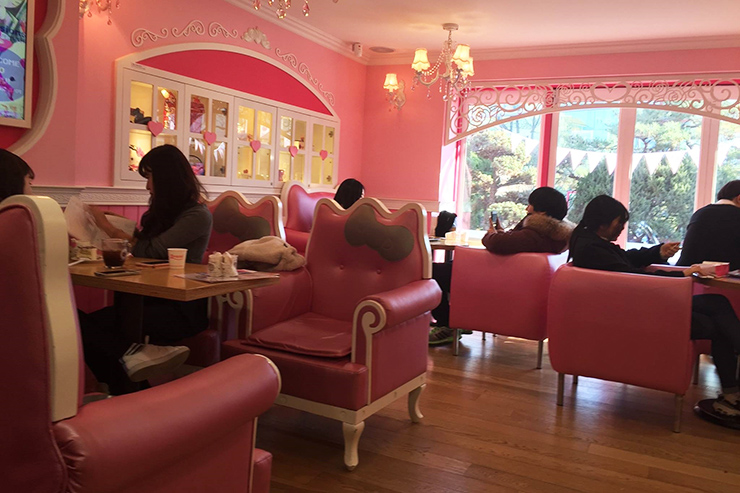 4. Check out the themed cafes

While tea was the go-to drink in South Korea for centuries, coffee has taken the country by storm in recent decades. And the capital city Seoul has no shortage of places to enjoy a cappuccino or two.

In fact, Seoul takes the trend of themed cafes to a whole new level. You’ll find themed cafes specialising in animals such as cats and dogs, as well as places dedicated to cartoon characters such as Hello Kitty. Although these are pretty popular, so you may need to book in advance to secure a seat. 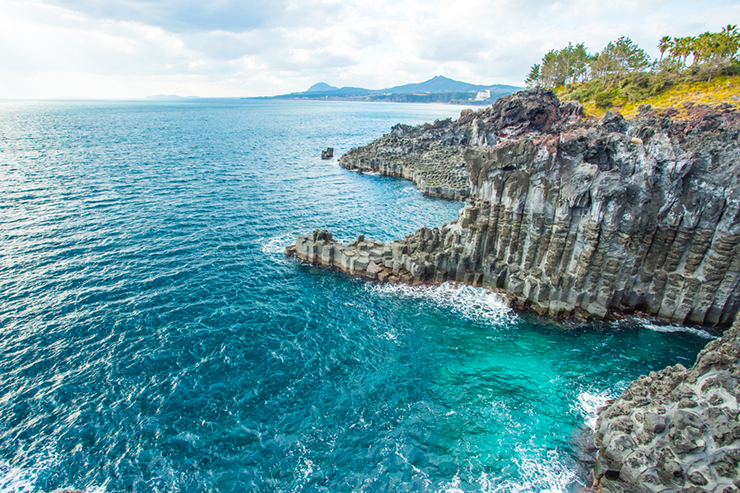 The largest island in South Korea, Jeju is the country’s favourite holiday destination – particularly for honeymooners. But whether you’ve just got married or not, this beautiful island is reason enough to travel to South Korea.

Its central feature is Mount Hallasan, a dormant volcano and the tallest mountain in South Korea. Other natural attractions include the lava tubes at Manjanggul Cave and the Olle coastal trails that wind around much of the island.

With stunning beaches, delicious seafood and many seaside hotels, it’s no wonder Jeju is so popular. Time your visit from August to October and you may see the gorgeous Cherry Blossom too. 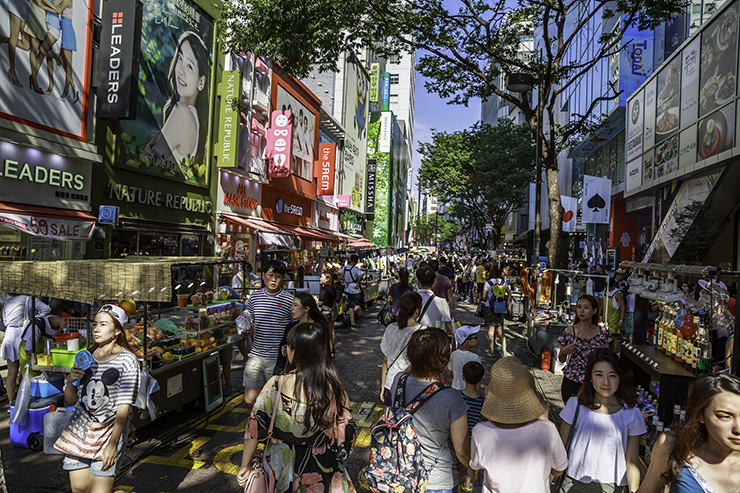 Koreans are big on fashion and, no matter what your budget, you’re going to want to hit the shops in South Korea. Ewha University is a female university in Seoul that has drawn a number of shops to the surrounding district. Its winding streets are packed with street stalls where you’re sure to find a bargain.

If you’ve got a little more cash to splash, you’ll want to head to Gangnam. Known as ‘South Korea’s Beverly Hills’, this district is home to high-end designer shops such as Versace, Chanel and Louis Vuitton.