Skip to content
On The Go Tours Blog > Guest Bloggers > Slow Sailing Through History at Aswan: Life at the Crossroads of the Middle East and Africa

Egypt occupies a curious geographical position. It is a Middle Eastern nation on the north-eastern tip of the continent of Africa, with part of its territory overlapping into Asia. It borders the Mediterranean to the north and embraces the Red Sea to its east.

It can perhaps be tentatively suggested that it is Nubia, which straddles both Egypt and Sudan, that bridges Africa and the Middle East. Whereas Cairo has a distinctly more Arab, or rather Middle Eastern feel, to it; Aswan, which lies on the border of Nubia, feels altogether different. 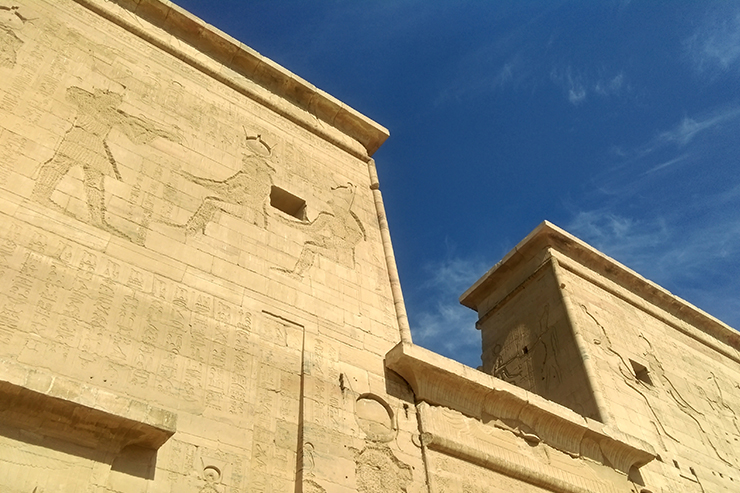 A curious part of a curious country to be sure. While much is said of the River Nile, nowhere else in Egypt does this historic river come closer to its near-mythical status as the cradle and lifeblood of ancient civilisations.

There is, of course, no lack of the remains of these civilisations in and around Aswan, whether they be Ancient Egyptian or Nubian. And there are none so magnificent as the Philae Temple to the goddess Isis, which stands on an island in the river and can only be reached by boat. 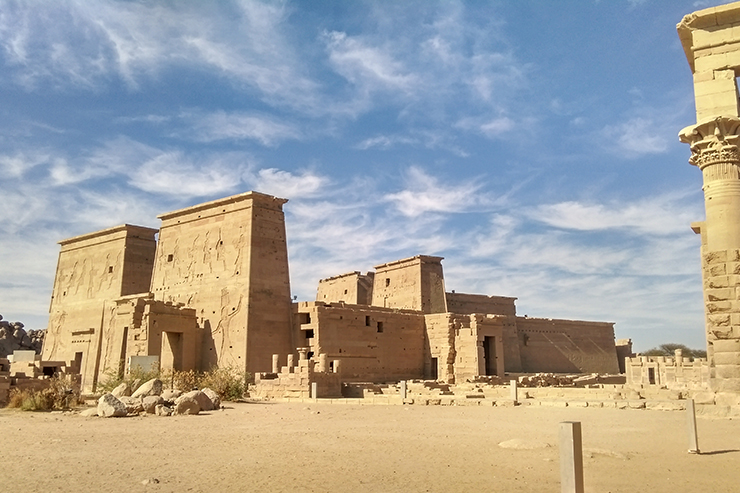 The temple itself embodies a peculiar, if not uncommon, mixture of styles. The solid grandeur that is so iconic of Ancient Egyptian temples is complemented by Greek-style columns, perhaps due to its Ptolemaic connection.

One can even see history progress within it, as crosses were carved into parts of the temple once Christianity came to Egypt and the temple was used as a church. 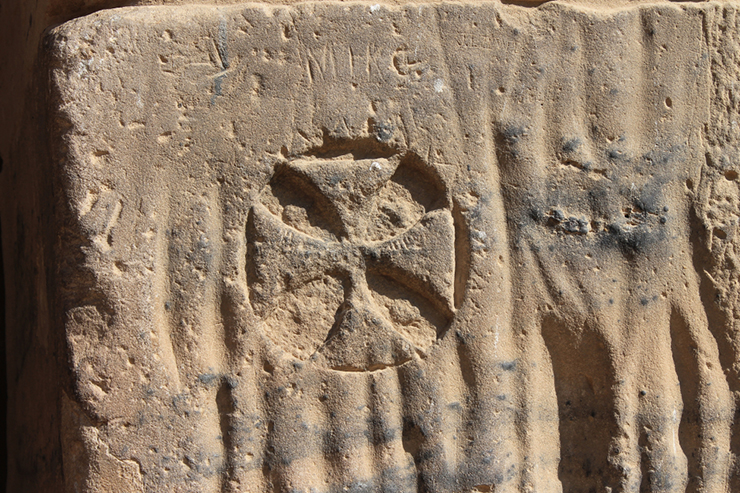 Almost as impressive as the temple itself was the Aswani guide who told us all about its history. Despite the elderly gentleman missing a fair few teeth, he could rattle off in-depth historical tours in about five different languages, including English, Russian, and Italian. 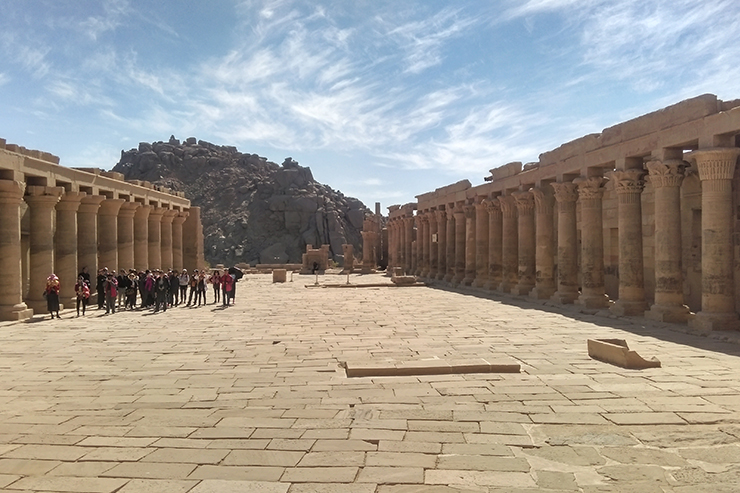 I would in fact name the people of Aswan as among the main attractions. This curious mix of Egyptians and Nubians easily rank as the most friendly and hospitable I have ever come across, making even their fellow Egyptians to the north look almost surly in comparison. 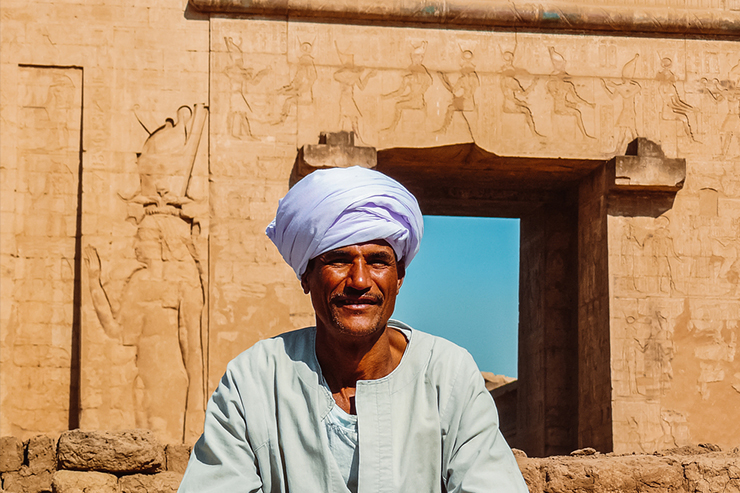 One shopkeeper in the bazaar even abandoned his shop for a good 15 minutes just to help us find our way to a place to buy swimming trunks. 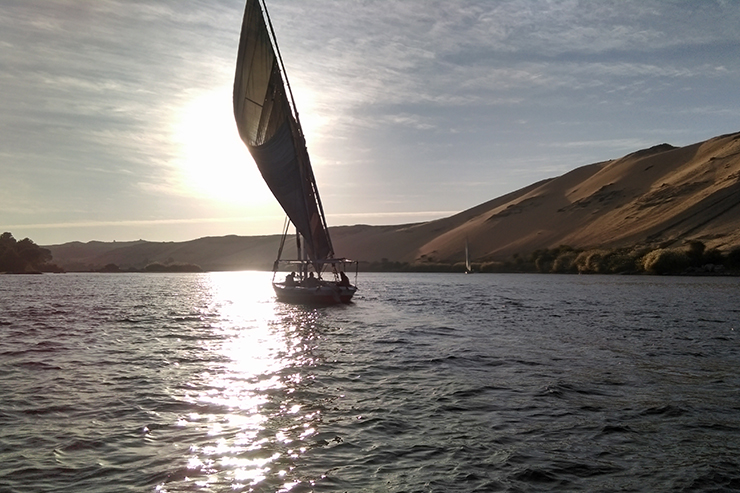 Of course, one cannot truly experience Aswan without taking to the Nile on a felucca. It is true that you will spend more time moving around by boat than anything else, but the lateen-rigged feluccas are quite different from the chuntering river taxis with their outboard motors.

Maybe it’s just my love of sailing, but the serenity of taking to the river without engine noise is an altogether more captivating experience entirely. 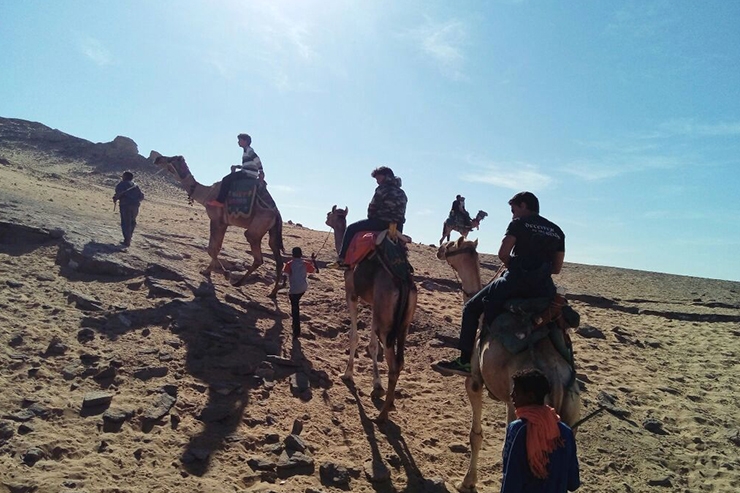 Last, but certainly not least, we were recommended to visit a spot on a hill overlooking Aswan from across the river. We eagerly accepted the option to make our way via camel, and made our circuitous way around and behind the hill to come upon a cliff that overlooked the River Nile, Aswan, and the vast desert beyond. 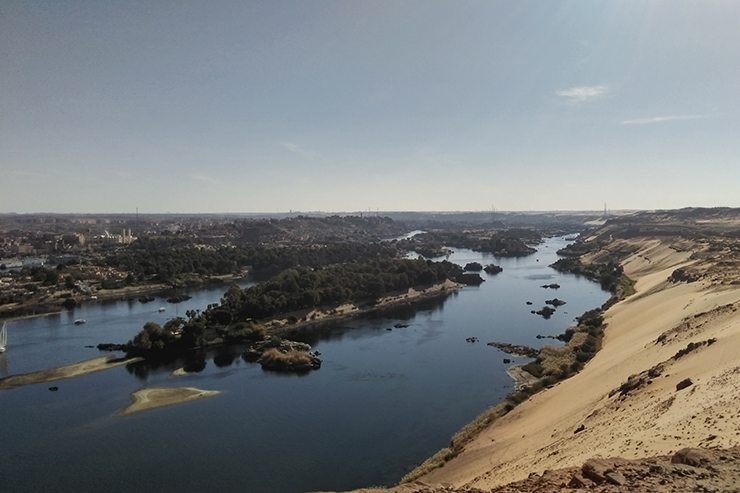