I recently returned from Egypt on our 10-day King Tutankhamun group tour. While the Pyramids, Valley of the Kings and Luxor often get a mention by travellers to this historic country, the capital city – Cairo, is often forgotten. I’m going to tell you about my personal highlight from the trip; the optional Backstreets of Cairo day tour, where I learnt how the everyday people of Cairo live. 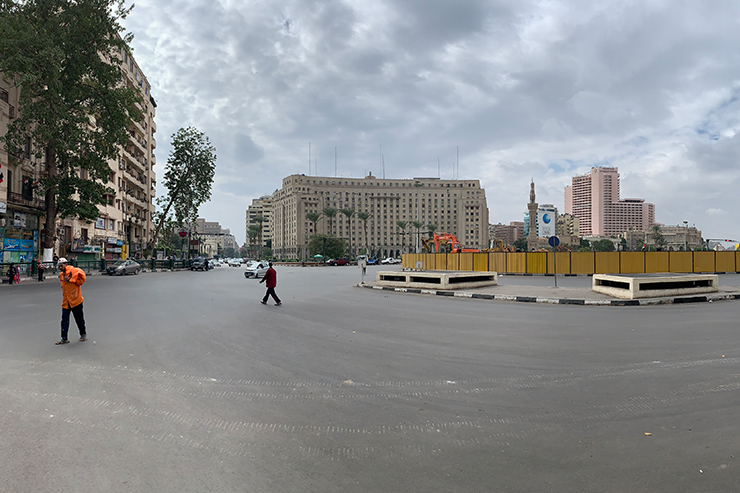 We started the tour in central Cairo’s Tahrir Square, at a café with coffee and shisha. Tahrir Square is where the famous Egyptian Revolution began in 2011. As Cairo city has sprawled over the years, not many people are sure where the city centre is anymore, but the square remains an important focal point for the residents. Our local guide told us about the triggers of the revolution, how it all began and how Egypt has successfully emerged from the other side of this dark chapter in its history.

We walked from the square, through the streets and past buildings that had me believing I was in Europe. There were buildings of all styles, including some amazing art deco architecture, a personal favourite of mine, which I really wasn’t expecting to see in Egypt!

Stopping at a falafel shop, we enjoyed some of the delicious local produce – they don’t make them like that in Australia! You can see where they are updating and improving alfresco areas and streets for when the Cairo Museum moves out to Giza, and they are planning to redo the square and surrounds. So many little cafes, shops, mosques, clothing, shoes and suit stores. A little tip: if you see a McDonald’s, use the toilet there as they will be western! 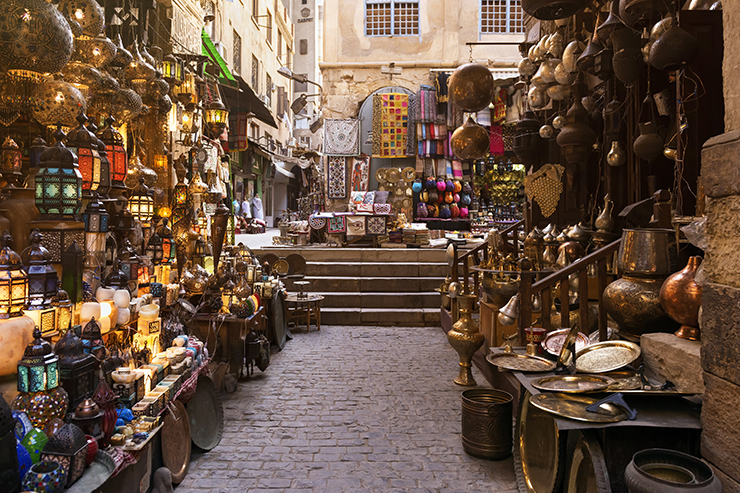 Our next stop was the bustling Khan el Khalili bazaar, located behind the original gates of Cairo. We weaved through the narrow streets, past colourful stalls and stores selling souvenirs, spices and other trinkets from past and present. It was great to see the medieval Islamic Cairo, with the old markets, 900-year-old city gates and several of the city’s 2,400 mosques. 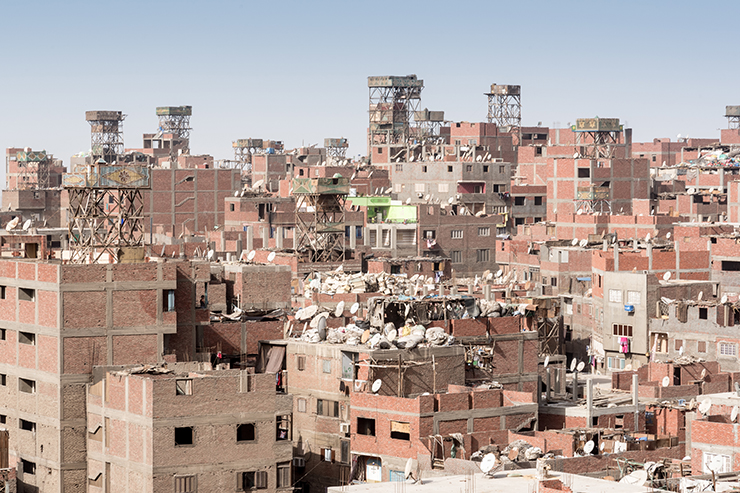 Taking a short bus ride, we arrived at Garbage City. A real eye opener, we squeezed the bus through the narrow streets, where rubbish piles high over people’s heads. It’s not all bad news though, the residents are avid recyclers that handle as much as 5,000 tons of garbage each day, 90% of which is recycled. Our final stop of the tour was in this unusual surrounding, as we arrived at the cavernous ‘Cave Church’ of the Zabbaleen. They can fit as many as 20,000 people in this open-air amphitheatre style church in a city full of garbage.

You may have never heard of many of the attractions I’ve mentioned in this blog, and this is the beauty of the Backstreets of Cairo tour – it takes you away from the main sights to uncover hidden gems that you may otherwise have missed. I’d strongly recommend anybody travelling to Egypt with On The Go tours to add this excursion onto their adventure – you won’t regret it!