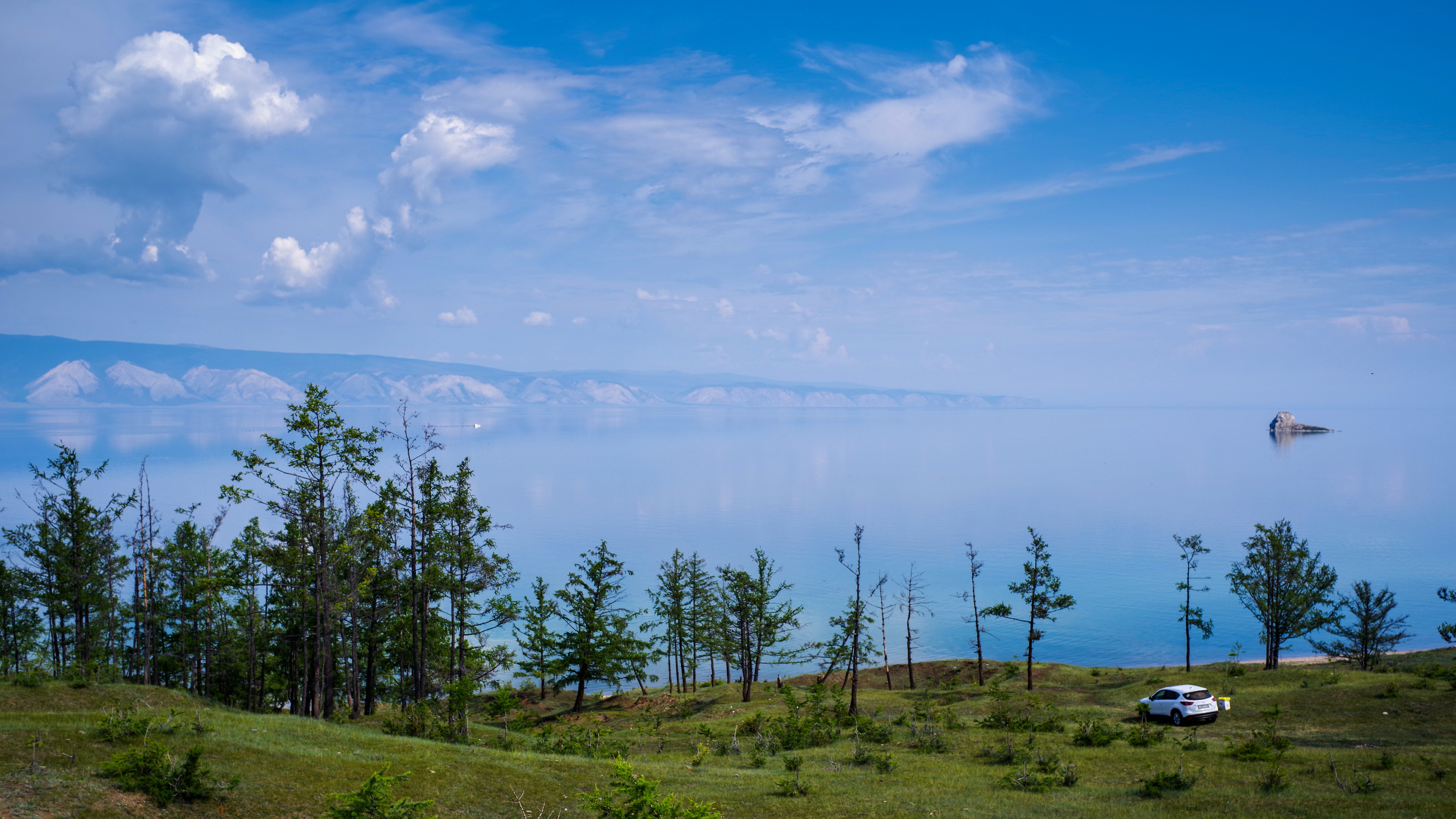 Look. Coronavirus won’t last forever, right? One thing’s for sure, we’re going to need a holiday when we come out the other side. Here’s why that holiday has to be to Russia – the Land of the Tsars!

With many dreaming of basking in sweltering temperatures sipping ice cool Negroni’s poolside during the second half of the year, you’d be forgiven for overlooking Russia as your next holiday destination. But with a captivating culture, engrossing history, astonishing art, magnificent religious monuments and gorgeous geography, this humongous 17.1 million km² country offers a countless list of intriguing attractions and unforgettable experiences to feed your adventurous spirit.

Take a rejuvenating dip in crystal-clear fresh-water lakes. Stand tiny before colossal mountains and active volcanoes. Ooze in delight in boiling Russian banyas (saunas) and geysers (hot springs). Ping through time-zones and stunning scenery aboard the Trans-Siberian railway. Take a ‘Gram-worthy panoramic of the Caucasus mountain range and Lake Baikal.

Russia simply has to be your next holiday destination.

Where should I visit in Russia?

Considered the cultural centre of Russia, travellers can enjoy authentic ballet and opera performances at Mariinsky Theatre, gaze at the magnificent Church of the Savior on Spilled Blood commemorating the assassinated Alexander II, and admire the iconic Bronze Horse statue of Peter the Great (the late 17th Tsar whose reforms made Russia a great nation) which has become an enduring symbol of the city. An authentic dancing Cossack show will also provide an entertaining evening.

Special attention must go to the jaw-dropping State Hermitage Museum. Housed in Winter Palace (former residence of the Tsars), this is the second largest museum in the world home to 2.8 million pieces of art including Rembrandt’s ‘Return of the Prodigal Son’ and Van Gogh’s ‘Tratched Cottages’, composed in France a few months before his death. Visitors should look forward to meeting the museum’s mini employees – 50 cats that dutifully keep the grounds free from rodents. 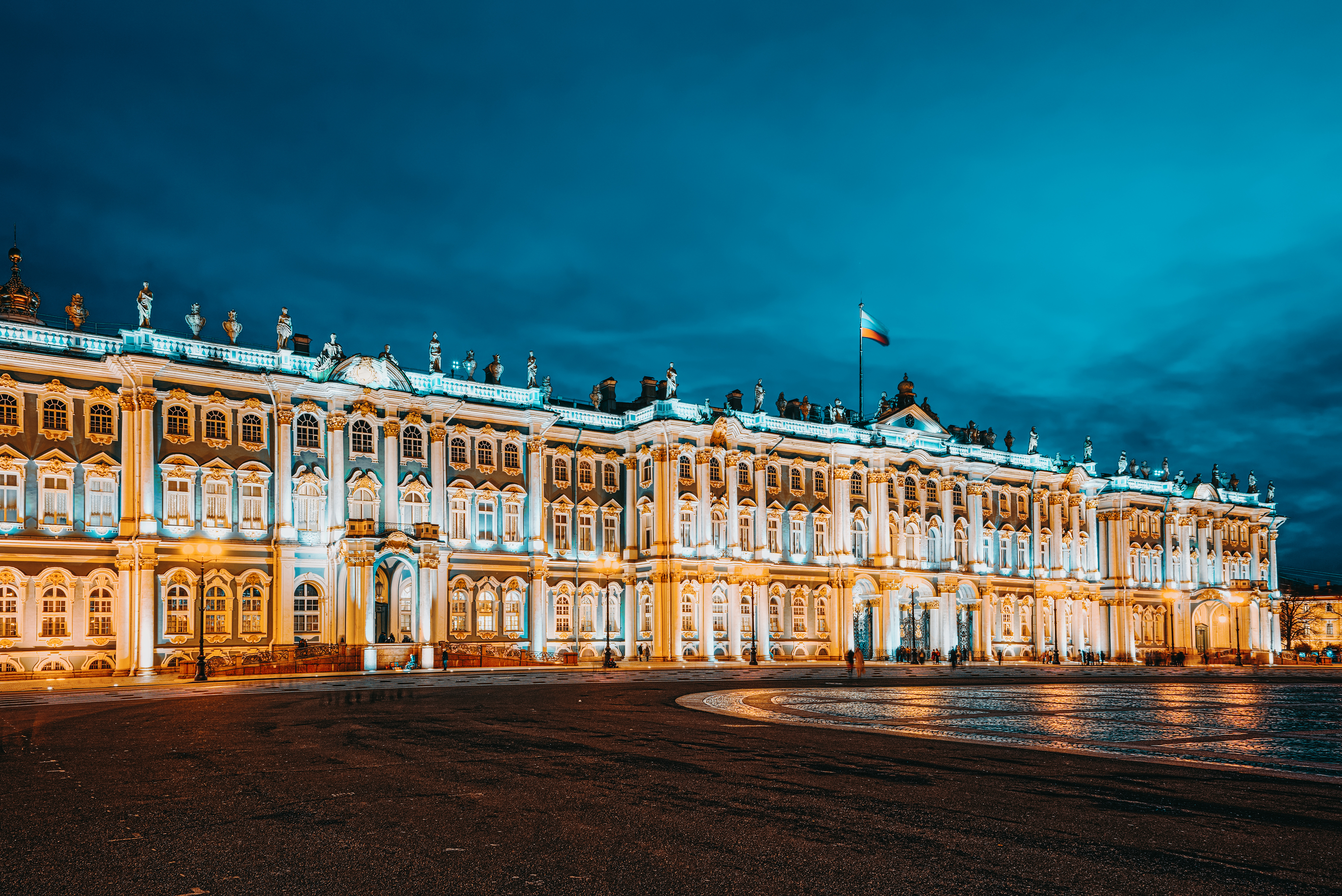 Situated just 802km from the Arctic circle, the sun refuses to set in St Petersburg from May 26 to July 16, painting the city in a magical blend of yellow, red, purple and golden hues. The city hums with new life as people wander the glowing streets and pour into all-night shops, restaurants, bars, museums and more. This extraordinary natural phenomenon warrants a visit to St Petersburg on its own.

Take in a brilliant display of ballet, opera, classical music, concerts and carnivals celebrating significant historical events (period costume and horse drawn carriage included) at the annual White Nights Festival, held between May 22 – July 21 to experience this majestic midnight sun. Hop on our White Nights and Museums tour for an unforgettable experience. 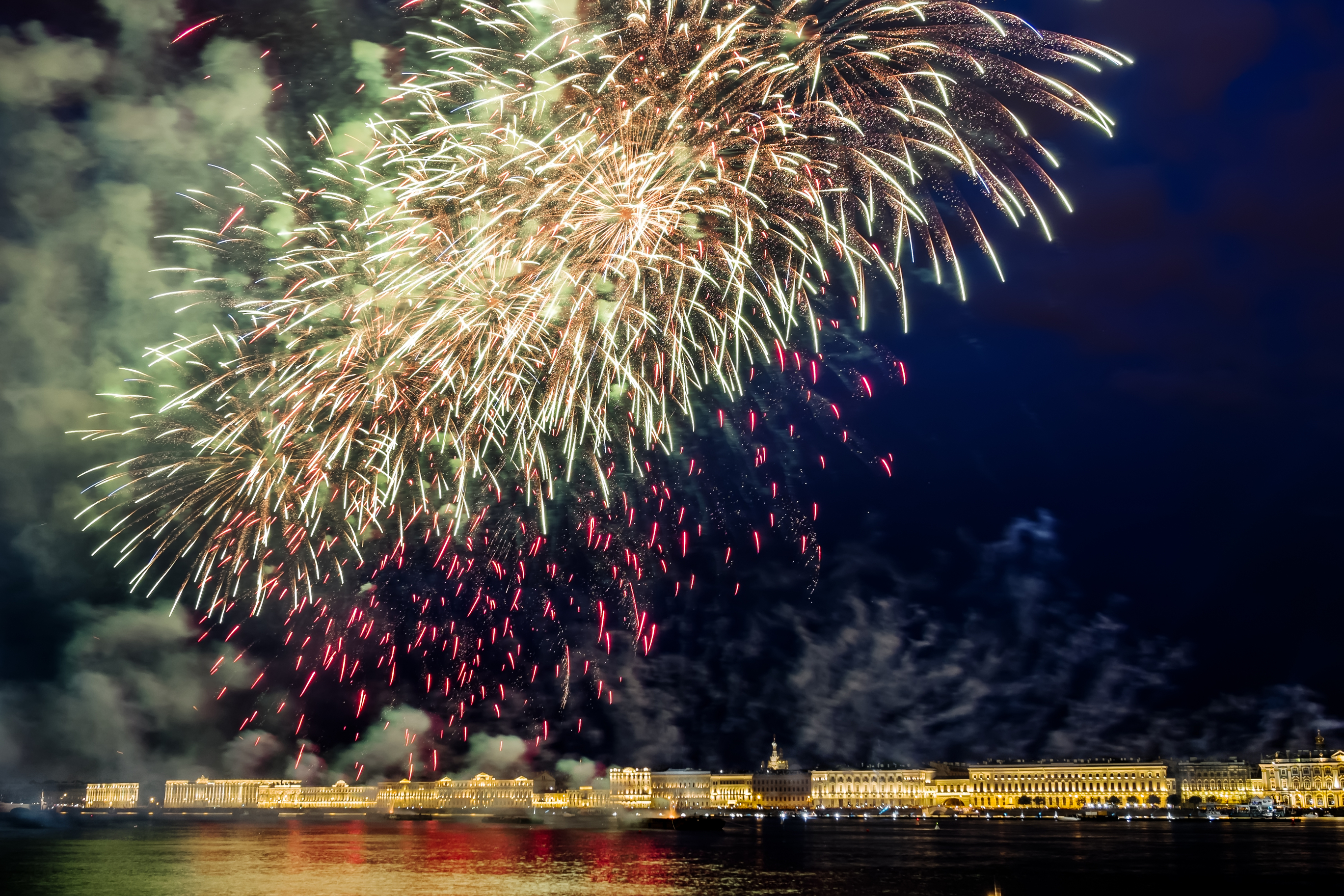 Capital of Russia and billionaire capital of the world, Moscow has to be on your itinerary. The ultimate Russian symbol, St Basil’s Cathedral really is the shining jewel in the Russian archaeological crown. Fairy-tale like multi-coloured domes soar into the sky over a complex of nine main chapels. Built by Ivan the Terrible in c.1555 to celebrate capturing Kazan, this unique blend of patterns, colours and architectural styles shines meaningful in Moscow’s Red Square. Pay your respects at Lenin’s Mausoleum, admire the Tsar Bell and Ivan the Great Bell Tower within the Kremlin complex; set foot in former Cold War bunkers; gaze at the awe-inspiring Orthodox Dormition Cathedral, and treat yourself to a browse of the 1,200 shops in the GUM department store. Just try not to get lost! With an average of 17.37 daylight hours in June – you’ll have plenty of time to fit it all in. All this and more on our Mood for Moscow tour. Have a look at our Russia tours – all of which take in this magnificent city. 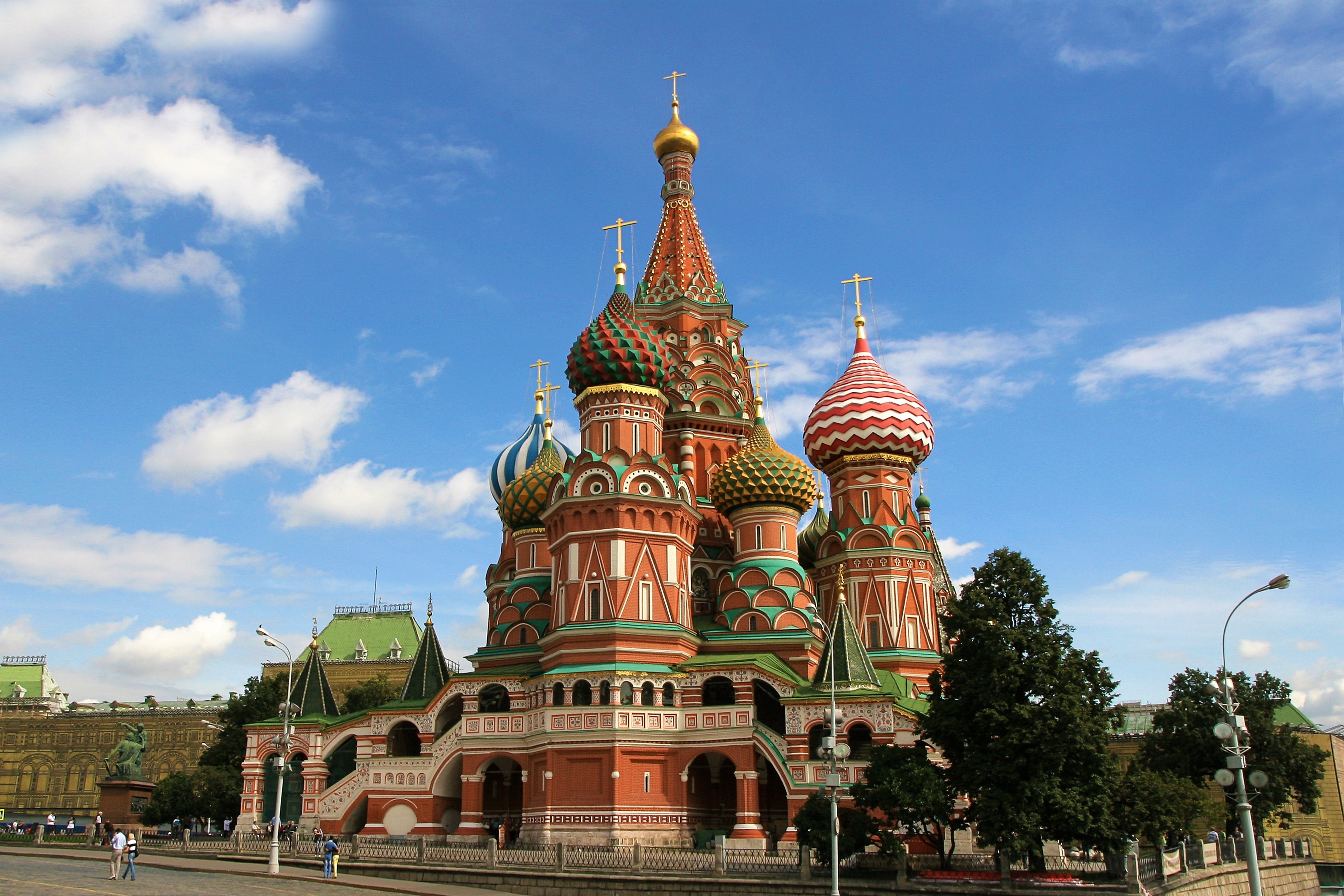 Submerge yourself in authentic Russian culture with a saunter in Suzdal. Dating back to 1024, this ancient Russian town on the Golden Ring holds a distinctive pastoral-religious vibe and is littered with striking ancient churches, monasteries and the Museum of Wooden Architecture – with its peasant huts and entertaining open-air theatrical performances of historical re-enactments. For a taste of quintessential Russia, stroll through a reconstruction of an ancient Russian village from Ivan the Terrible’s time, roam the 15km stretch containing 53 beautifully crafted churches, or take a dip in a Russian banya sauna. See our Golden Ring and Discover Russia tours for a sensational Suzdal experience. 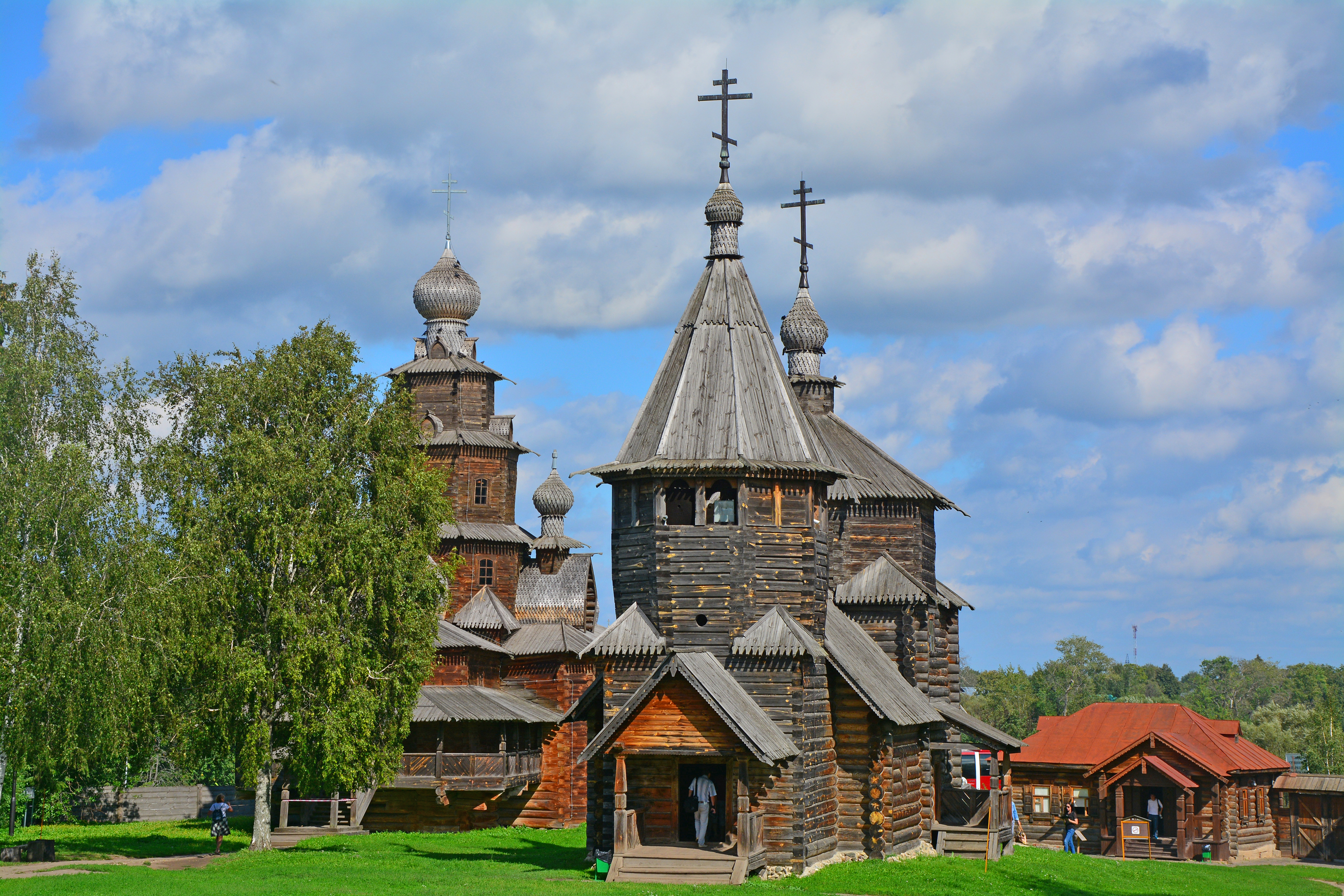 Touching the Volga river, the cosy city of Kostroma carries an enchanting appeal. Gaze at medieval icons and relics at the gold domed Ipatiev Monastery, learn fairy-tale stories at the snow maiden museum, marvel at swanky cigar cases, watches and more at The Museum of Jewellery Art. Or wind away the afternoon at the vibrant market stalls before chilling out with a refreshing drink in an ice bar. See our Russian tours for a taste of Kostroma. 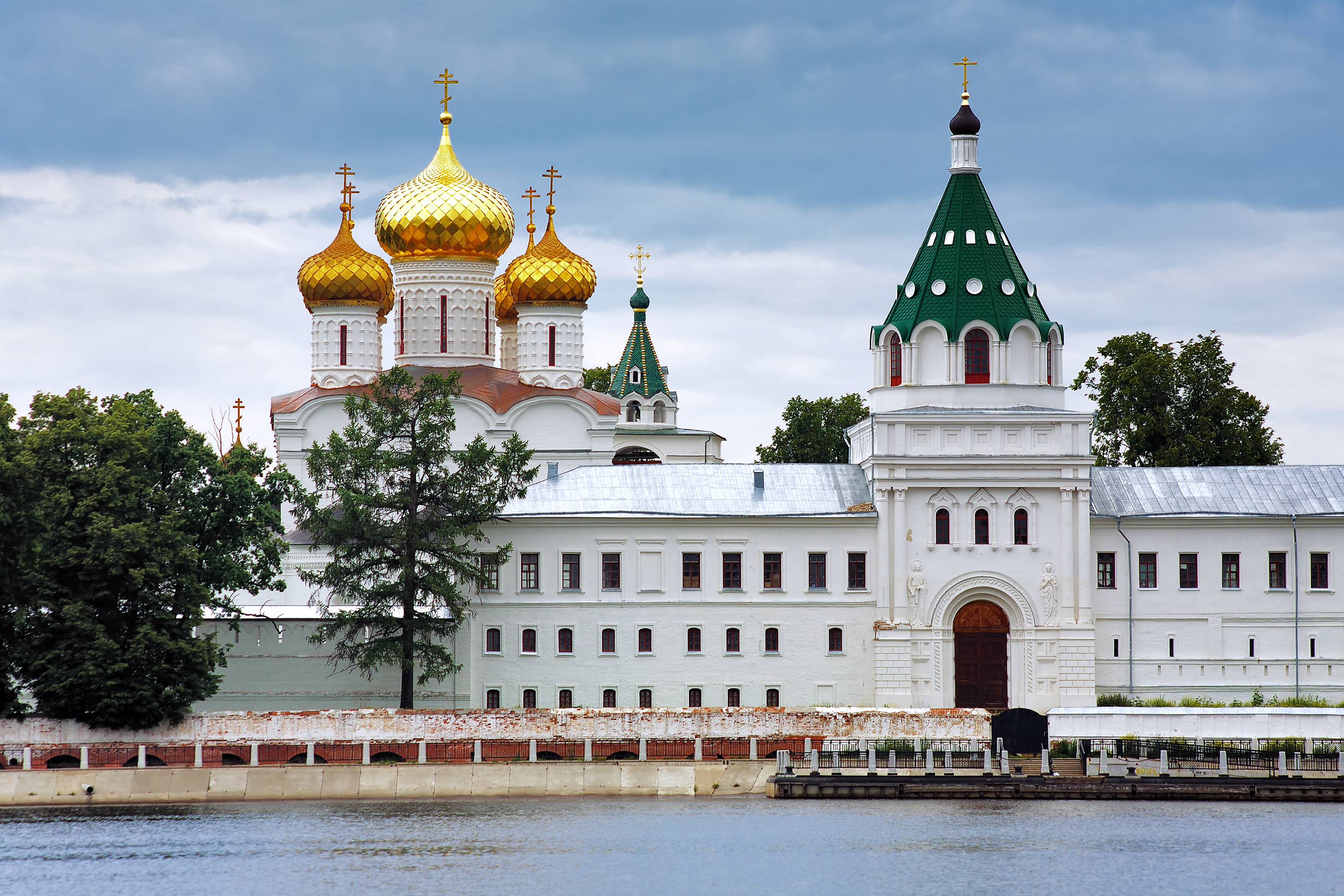 The secluded volcanic peninsula of Kamchatka radiates geographical beauty. Difficult to access and sparsely populated with indigenous Russians, this is a stripped-back, primal living at its finest. Wonder at over 15,000 brown bears, 1000 species of plants, reindeer, foxes, wolves, 1000 plant variations and the sight of 160 snow-capped volcanoes, 29 of them active and UNESCO-listed. Bathe in the bubbling Valley of Geysers, the second largest geyser stretch in the world. Kamchatka provides adventurers with something profoundly meaningful. Visit in the summer when the blistering far-eastern temperatures start to rise. 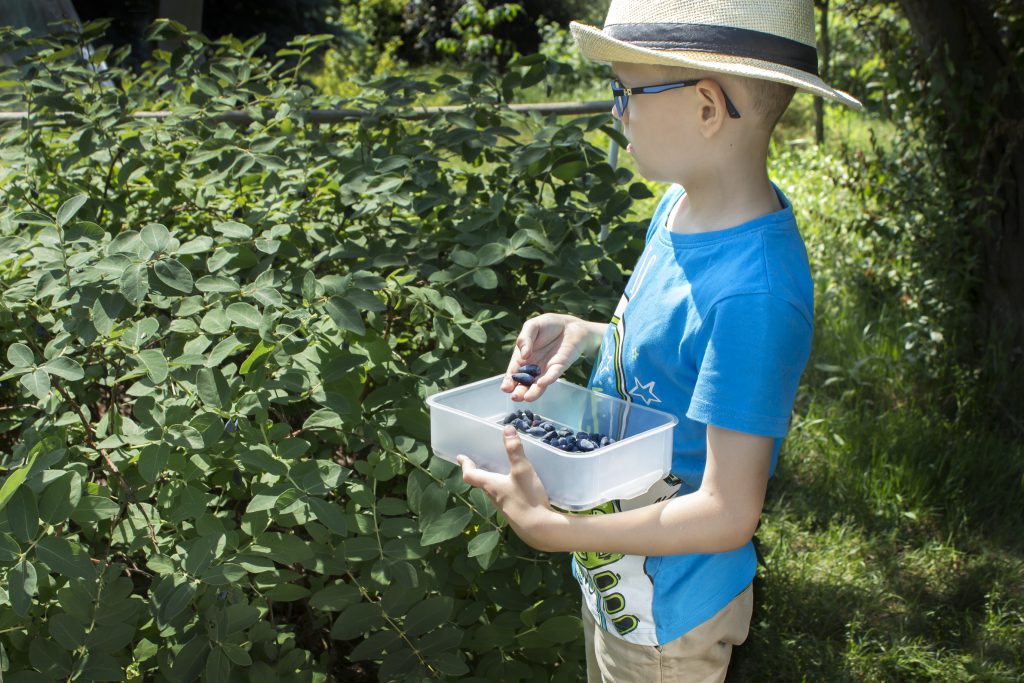 Considered the birthplace of Russia, Veliky Novgorod on the Volkhov river in the West provides a blissful stop off between Moscow and St Petersburg. Step into the 1044-dated Kremlin and wonder at St. Sophia’s Cathedral (Russia’s oldest church), and the Millennium of Russia, a bronze monument constructed to celebrate 1,000 years of Russia as a nation. two days here should give you enough time to sneak in a scenic bike ride or calming cruise along Volkhov river. Stop by in the summer to view the stark red-brick Kremlin standing purposefully in the backdrop of brilliantly vibrant blooms. You’d be mad not to embark on our Russian Revolution tour and soak in this intriguing city. 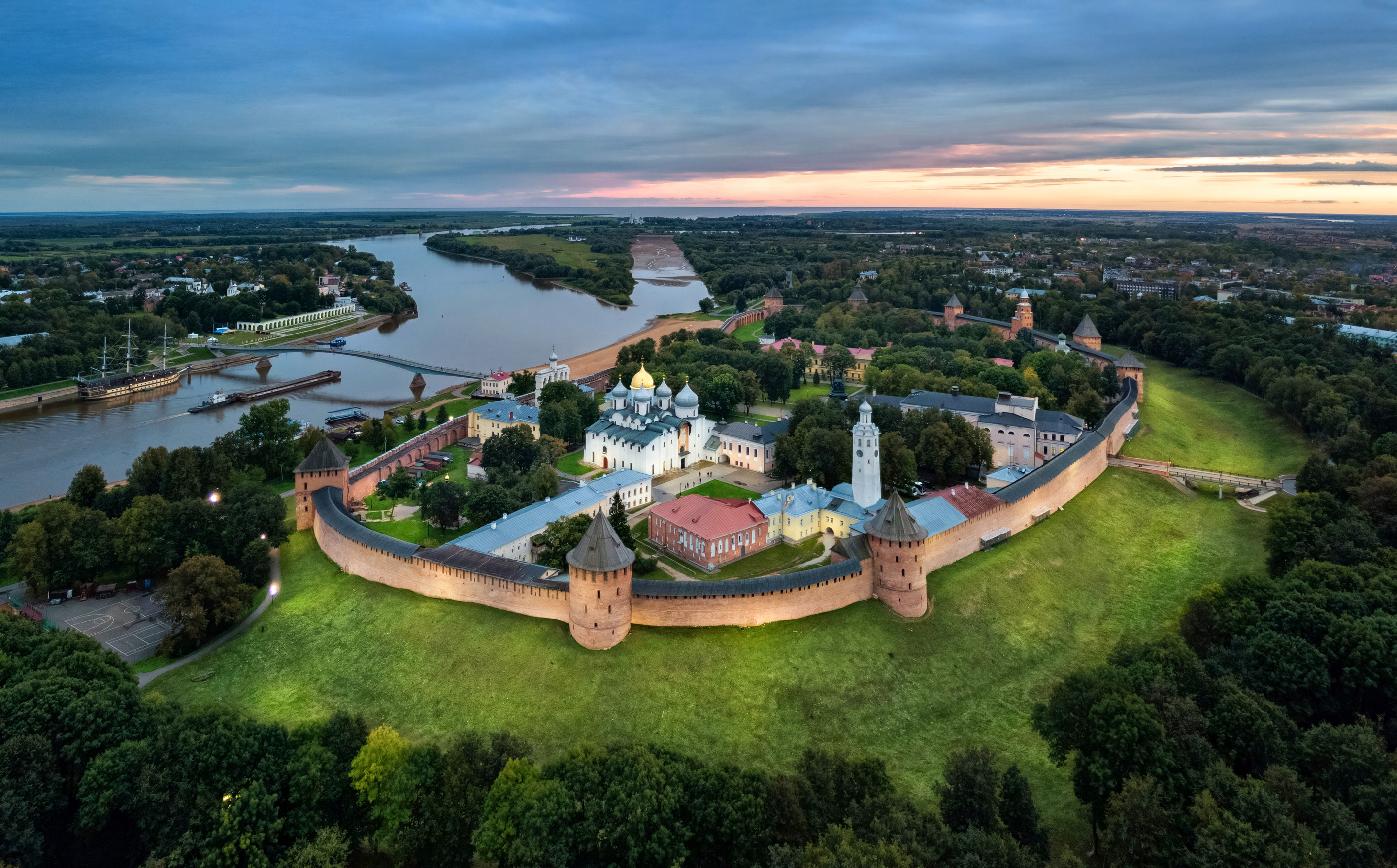 The Ganina Yama monastery demands a stop off in Yekaterinburg. Built on the site where the bodies of the last Russian tsars (the Romanov’s) were reportedly dumped after they were murdered by the Bolsheviks in 1918, this green-coloured structure is tucked away in a peaceful wooden enclave and holds immense historical and religious significance. Wade your way through luscious forested scenery, wild berries and mushrooms as part of an otherworldly summer hike through the bewitching tiaga forests. Trace the Route of the Romanovs on our 10-dayer for a visit to Yekaterinburg. 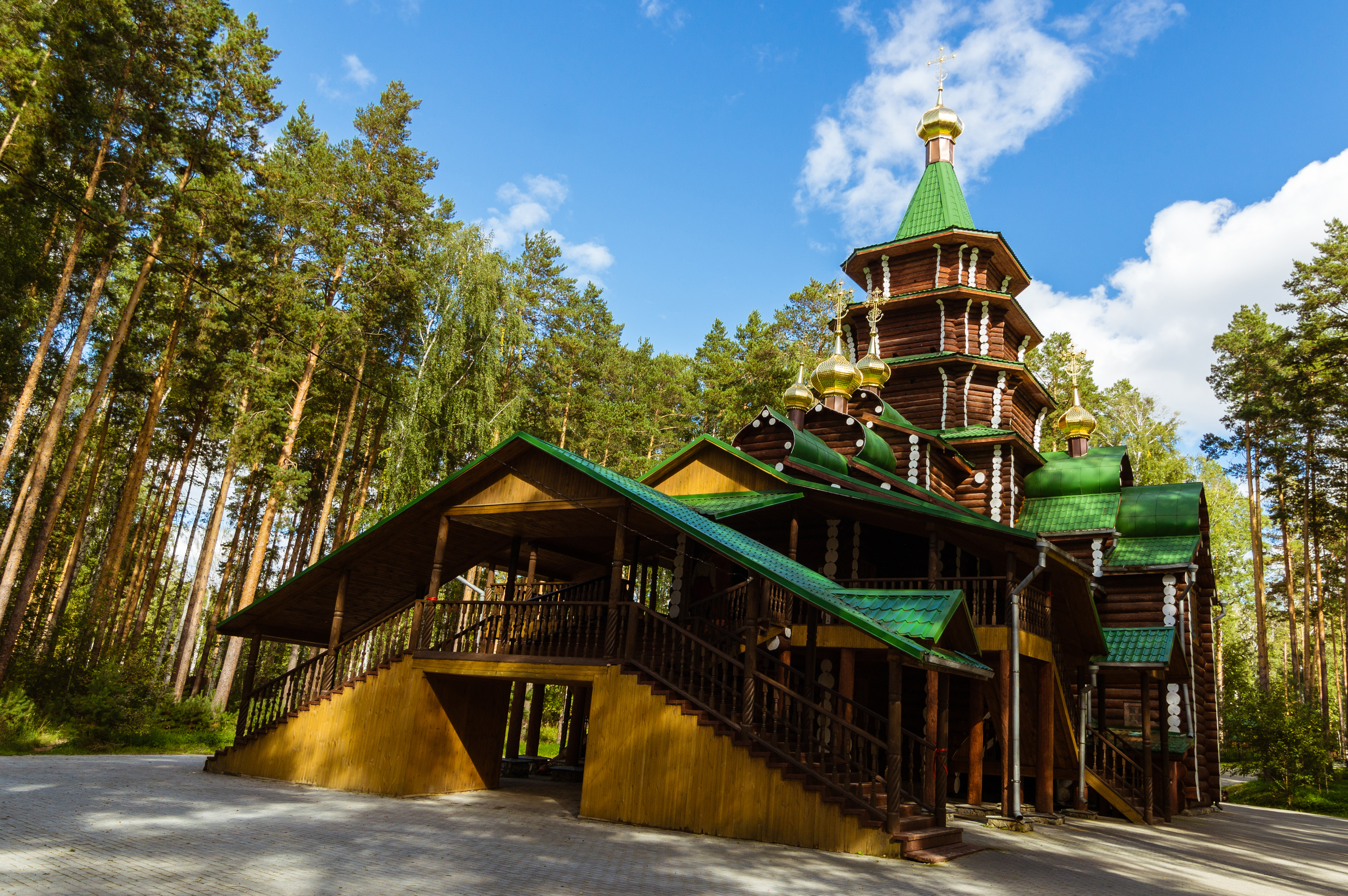 Crossing through Mongolia and China all the way to Beijing, a seat on the iconic 9,289km (5772 mile) Trans-Siberian railway certainly merits a dinner party mention. Whizzing through a mind-blowing 11 time zones, the line crosses 497 bridges, 15 tunnels, 16 major rivers, and 876 stations along the way. The line provides luxury seats and affords breath-taking views, particularly the 207km stretch running alongside the stunning Lake Baikal, which contains 20% of the world’s fresh water. Hop on one of our Trans-Siberian railway tours for an unforgettable experience. 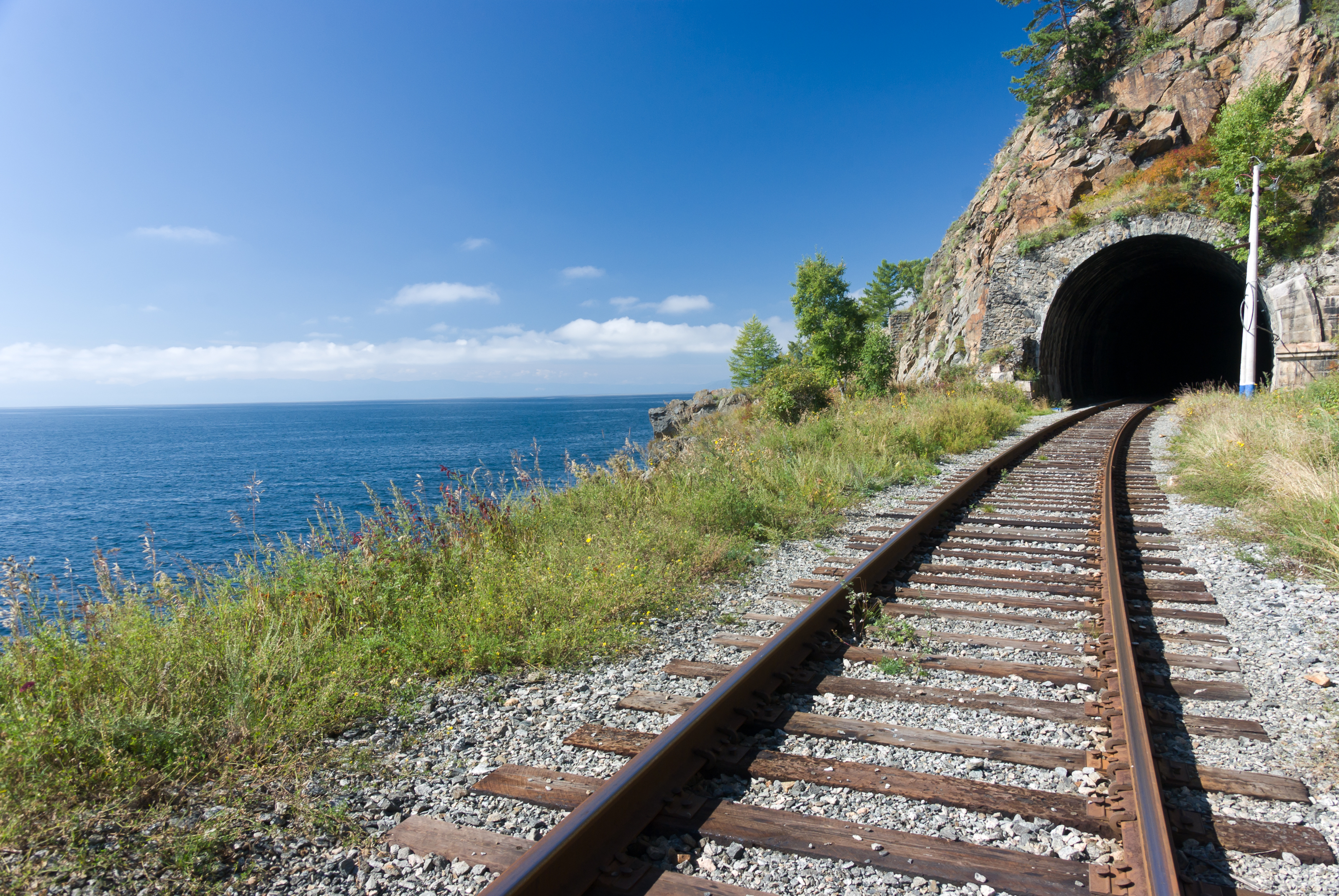 A visit to Russia would not be complete without seeing the largest freshwater and deepest lake in the world. Simply stunning.

Running a line through Western Europe and Asia, the UNESCO-listed Caucasus mountains on the southern tip Russia is remarkably the only European mountain range untouched by humans. Travellers can expect rolling plains of undulating mountains that take on even stronger geographical splendour coated in summer sunshine. Pay a visit to the magnificent Mount Elbrus dormant volcano close to the Georgian border which proudly stands as Europe’s highest peak and represents a proper challenge for serious hikers. 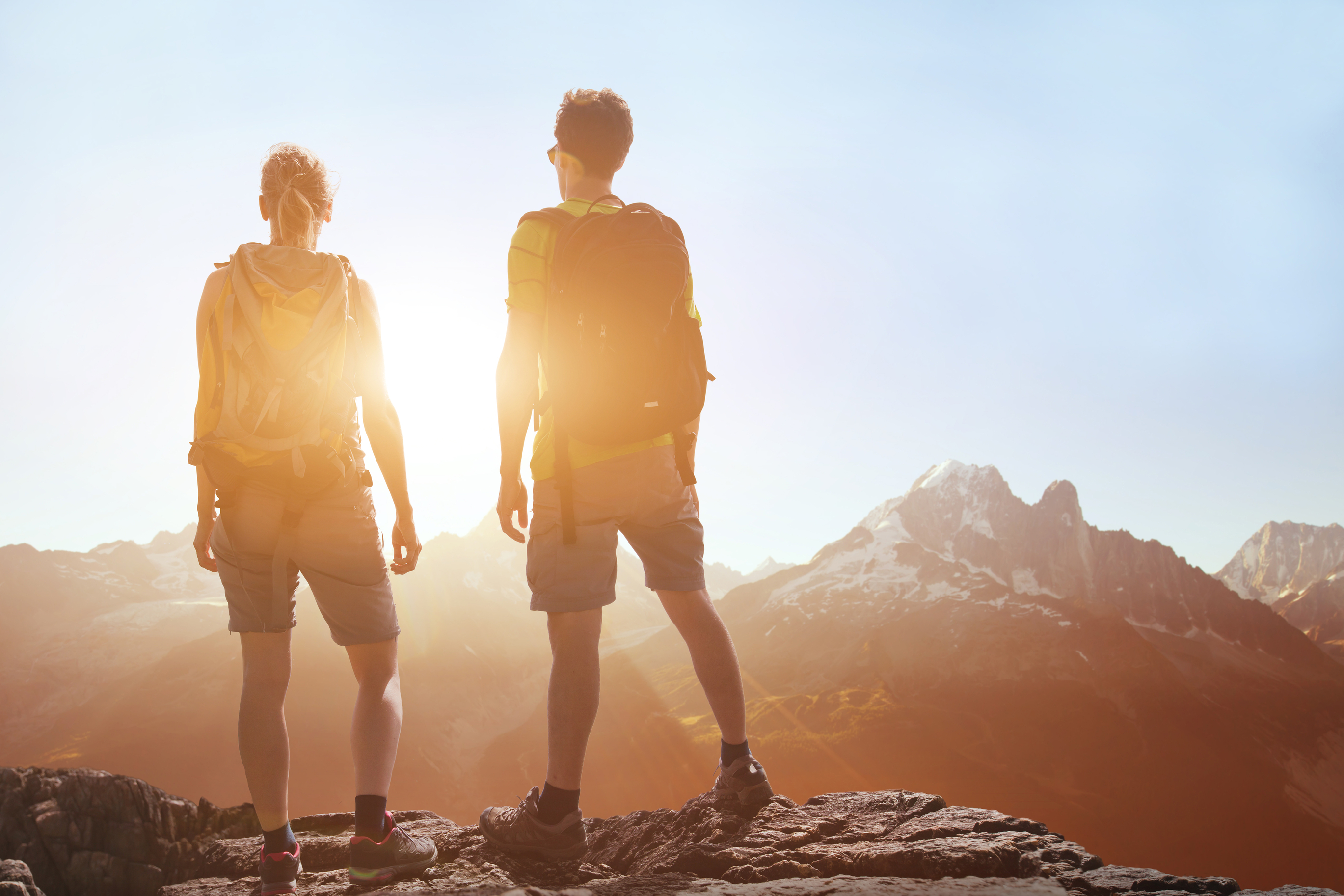 Karelia is an outdoor lover’s paradise home to the two largest lakes in Europe: Lake Ladoga and Lake Onega. Drink in beautifully clean air and thrive in wellbeing as you charge around on bikes, take a hike, sail, white water raft, swim, horse ride and more. Treat yourself right in one of the many health spas and get something for your Instagram. Keen? Our Karelia 4 day tour might be the one for you! 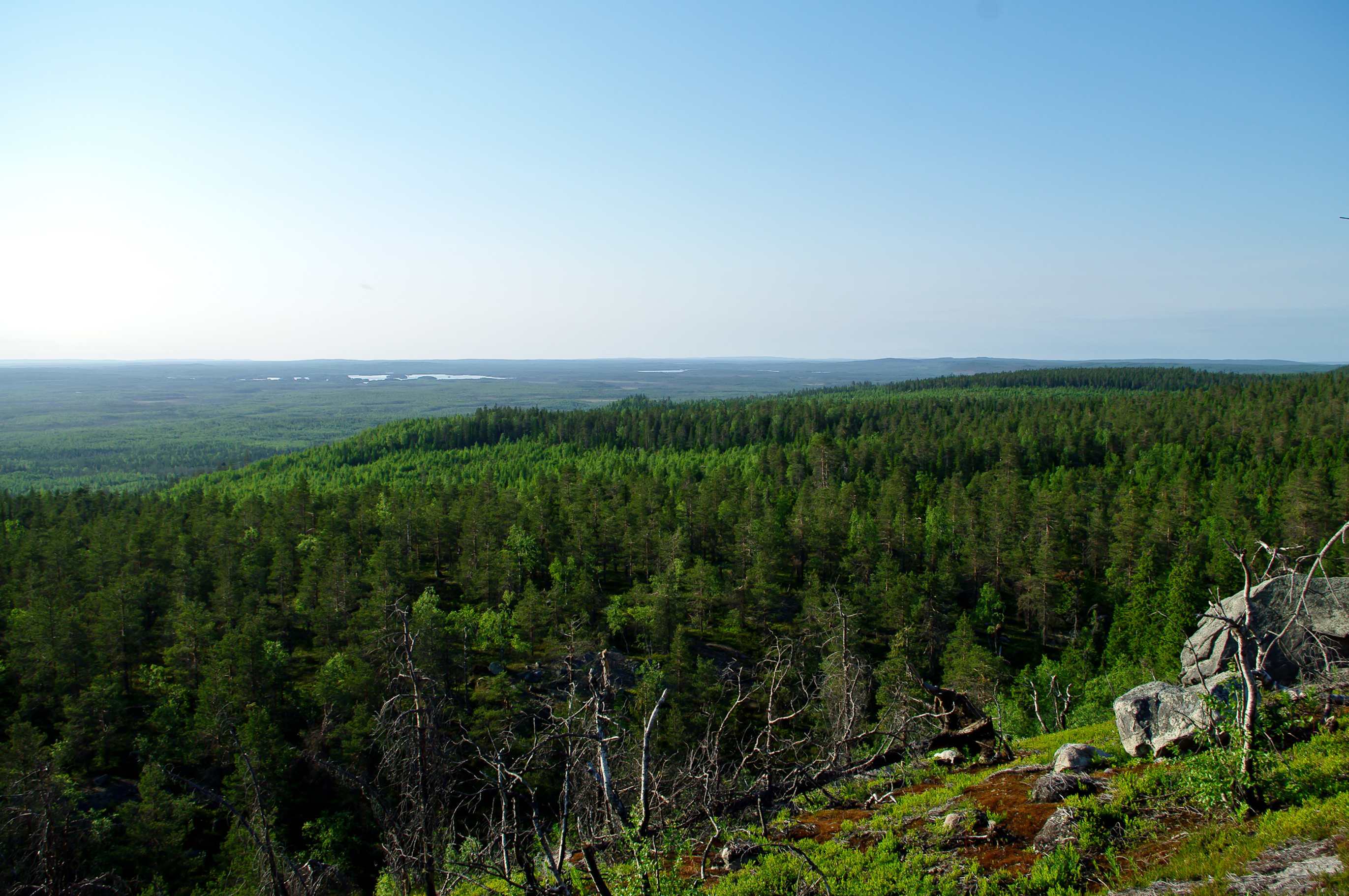 For more information on our tours, our specialist travel advisors are more than happy to help. Get in touch here.