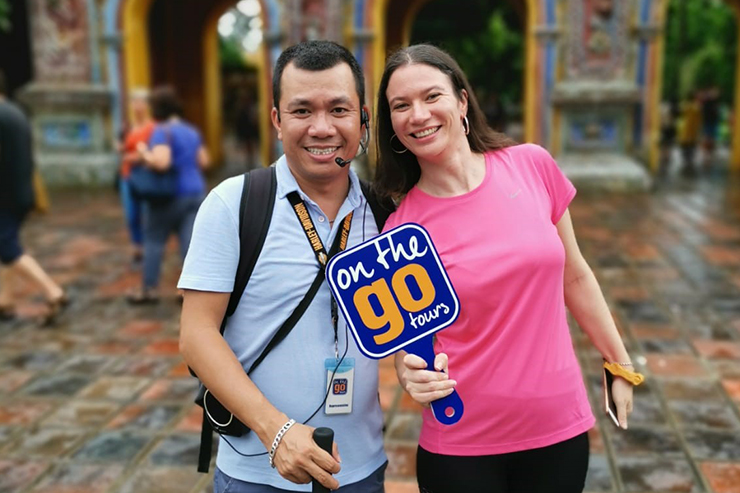 Our On The Go Tours guide, Kien, made the trip truly memorable. He loves his job, likes talking and sharing with people, and I could feel his passion from day one. He is very knowledgeable about his country and could answer any questions I had. He also had tips and advice for where to go for food, shopping etc. His English was near perfect and his sense of humour also made the trip that bit more fun, entertaining and relaxed.

We travelled from the north of Vietnam to the south – from Hanoi and Halong Bay to the former capital Ho Chi Minh City, AKA Saigon. The itinerary was busy, and we were definitely ‘on the go’ all the time! I would not have seen half of what I saw had I have travelled on my own. The logistics between the hotels and the sites was very well managed every day, we never waited or had any problems.

We managed to see so much of the country in just 10 days, before continuing on to Cambodia. To name just a few:

This was my first trip to Asia and Vietnam was different from any other country I’ve visited before, very exotic. The country is generally very green (as it rains a lot) and its people all smiley and welcoming. Having travelled there in mid-October, we had close to 30C temperatures most days. I handled the heat better than I thought I would, though it was very humid – you get quite tired but the air-conditioned transport throughout and bottled water on the bus really helped! My tour also visited Cambodia, which was also incredible – especially the magnificent temple of Angkor Wat. Overall however, Vietnam was just that bit more staggering.

I’d never been on a group tour before and wasn’t sure how I would like it. My fears were misguided though, as my group was great and everyone got along with each other. We had banter every day and even stayed together for our free-time meals. We had a good mix of nationalities (9 Australians, 7 British, 2 Canadians, 2 South-Africans) and ages of between 25 and 70. We even created a Facebook group on the third day of the trip to share our photos. Great memories were made, and I actually met up with one of my new friends back in London, just a few weeks after I got back! 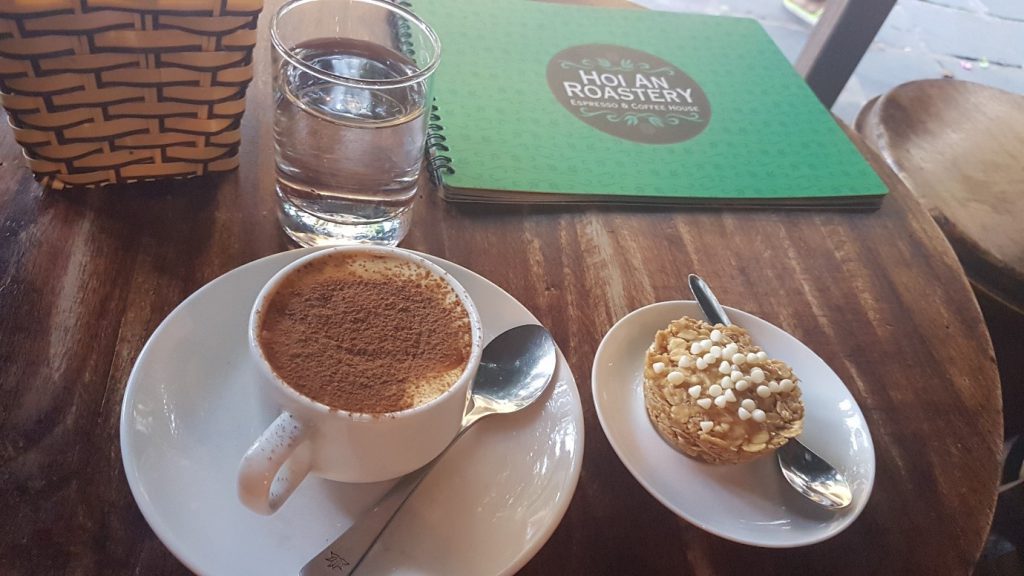 As someone who doesn’t like spices, I was a bit sceptical about the food I would find in Vietnam. I can be a bit fussy with food but surprisingly I really liked it all! A lot of vegetables, very healthy, fresh and tasty food. Our guide always had recommendations for our free-time meals too, which came in handy.

What food is a must-try?

Overall, I had a fantastic time in Vietnam and Cambodia, and I cannot wait to return to the region in the future. You can see On The Go Tours’ full range of Southeast Asia tours here.