The world is full of incredible wildlife. From the densest forests of South America, to the driest deserts of Africa and the endless open oceans, our planet supports a rich diversity of life. Unfortunately, many of these habitats and species are threatened with extinction. One of the best ways to save them is for travellers to visit the countries where they survive. By visiting national parks, sanctuaries and other institutions that support conservation work, travellers can help to create jobs and livelihoods. This generates income for people who may otherwise resort to poaching, logging and wildlife crime to support their families. National economies that are partially reliant on conserving wildlife have a reason to preserve and restore their natural environments, so visitors continue flocking to see the incredible animals that call the country home. Furthermore, seeing wildlife in its natural habitat is one of life’s most enriching experiences. It is sure to be the crowning glory of any adventure, whether it be to Africa, Asia, South America or to the end of the Earth in Antarctica. Here we’ve counted down our top 7 incredible wildlife experiences and told you where you need to go to discover them for yourselves.

Kicking off our wildlife experiences, we head to the end of the Earth. Antarctica is the last true wilderness on our planet, the only place relatively untouched by humankind. As a result, the wildlife here is plentiful and generally less wary of people. It is for these reasons that Antarctica is one of the best places in the world to visit for a wildlife holiday. Giant colonies of penguins on the islands of South Georgia and the South Shetland Islands huddle from the cold. Lumbering seals make their way to the sea. Gigantic whales break the surface of the water. An expedition cruise to the seventh continent is sure to provide no end of thrilling encounters. 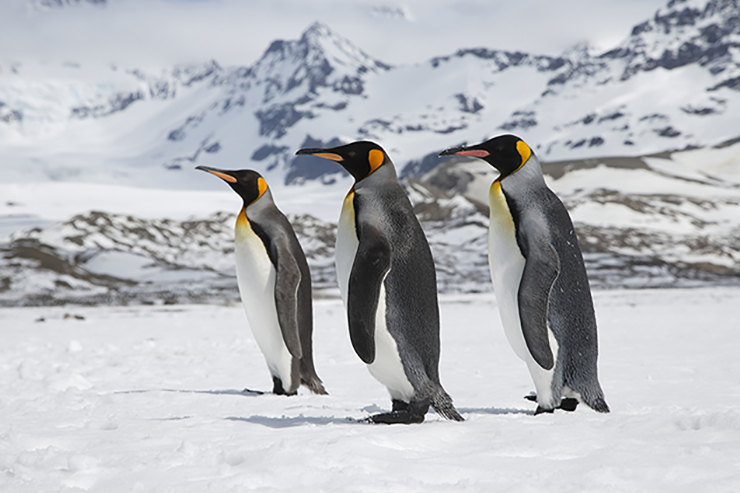 The lesser-known relative to the mighty African elephant, the Asian variety is slightly smaller and hairier. It is an equally as magnificent creature, inhabiting the jungles and plains of the tear-drop isle of Sri Lanka. The country is home to a wealth of national parks, of which Udawalawe has the largest elephant population – more than 400 individuals roam the park in herds of up to 50 animals. Leopards are also easier to spot in Sri Lanka than in Africa, and the island is home to sloth bears and whales off the coast, making it one of the world’s top wildlife destinations.

The Giant panda is the national emblem of China. This cute and clumsy bear is incredibly rare, and almost impossible to find in the wild. Thanks to deforestation and farming, it has retreated from much of its range. The inaccessible mountains of central China now offer the panda its final refuge. As the country’s flagship species, it benefits from a host of conservation initiatives, the most important being the Chengdu Research Base of Giant Panda Breeding. Here, Giant pandas are protected and bred, giving visitors the chance to see baby pandas, as well as adults enjoying their favourite snack of bamboo. No visit to see the many cultural sites of China would be complete without a stopover to meet this incredible species. 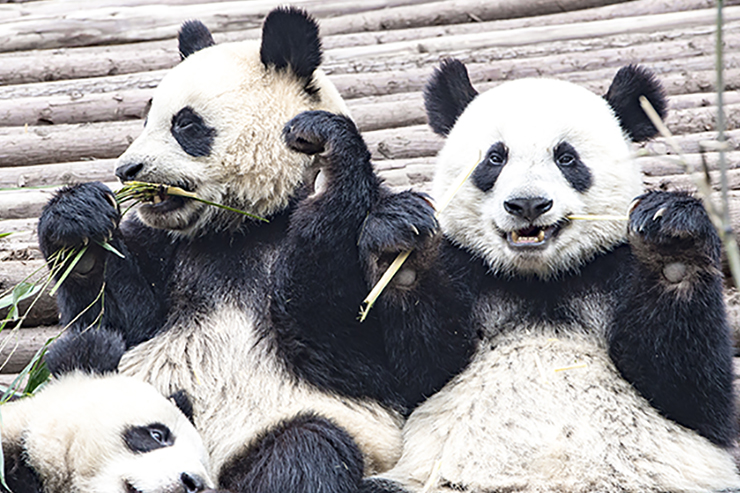 There’s nowhere else quite like the Galapagos islands. This remote Ecuadorian archipelago is where Charles Darwin developed his ground-breaking theory of evolution. The location of the islands explains the staggering diversity of life found here, as species have evolved in isolation. The majority of wildlife is endemic, meaning it is found nowhere else on Earth. From marine iguanas and Darwin’s famous finches to the flightless cormorant, the Galapagos’ wildlife is something wonderful to behold. The most famous of all these species are the iconic Galapagos Giant tortoises. There are actually many species of Galapagos tortoise, as some have become endemic to just their own islands. One such example was Lonesome George. Believed to be the last Pinta Island tortoise, he sadly died in 2012. Many species of Galapagos tortoise survive today though, and thanks to conservation, much of the Galapagos’ wildlife continues to thrive.

Some of our living closest relatives, Mountain gorillas are exceedingly rare. They reside in just four national parks in Africa. Two of these (Bwindi Impenetrable National Park and Mgahinda National Park) are found in Uganda and all of the remaining populations of Mountain gorillas are heavily protected by armed guards, to the point that their numbers are actually increasing, after decades of war and persecution in their rainforest home. Tourism is vital to this continuing recovery, giving local people an incentive to protect the gorillas. No trip to Uganda would be complete without a trek into the dense jungle in search of these magnificent creatures. Treks can range from 45 minutes to 8 hours, depending on the location of the gorillas. You’ll spend around an hour watching from a safe distance. 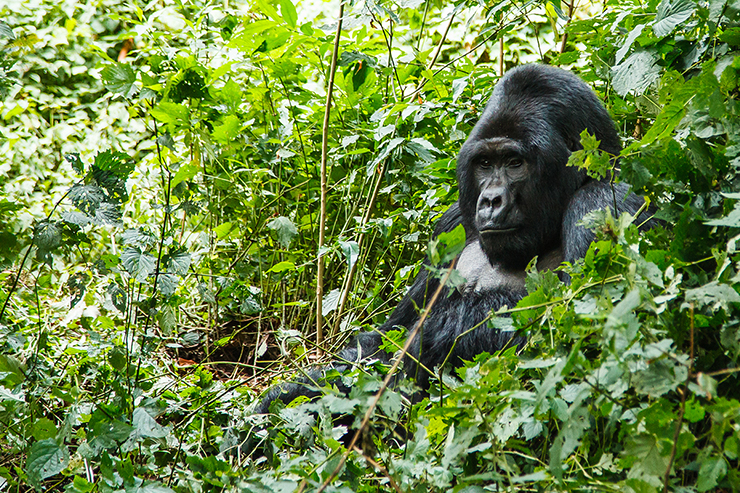 The true king of the jungle, there are few things that match a tiger safari in terms of pure adrenaline. India is the destination to visit in search of this elusive big cat. Thanks to a dedicated conservation effort, tiger numbers are on the rise in the country. Ranthambore National Park is one of the best places to see wild tigers. The big cats can be seen lounging about in the sun or pacing down the dusty roads. These tigers are used to people, and while they won’t be as friendly as your domestic house cat (they are wild after all), they will gladly stroll right past your safari truck, making for an unforgettable wildlife experience.

There’s no surprise about what comes out on top of our list of wildlife experiences. The ultimate wildlife experience to be found on holiday is an African safari in search of the iconic Big Five (lion, leopard, elephant, rhino, buffalo). Kenya, Tanzania, Botswana and South Africa are probably the best countries to visit in terms of their biodiversity. In world class game reserves such as the Serengeti and Okavango Delta, some of the world’s most intact remaining wildernesses, full ecosystems survive and hundreds of species live in a perfect natural balance. Camping out in tents or luxury lodges, getting up at the crack of dawn to the trumpeting of elephants and the laughing of hyenas to head out and see what you can find, it doesn’t get much better for a wildlife experience. If you haven’t been already and it isn’t on your bucket list then take it from us, you’ll want to add it on. 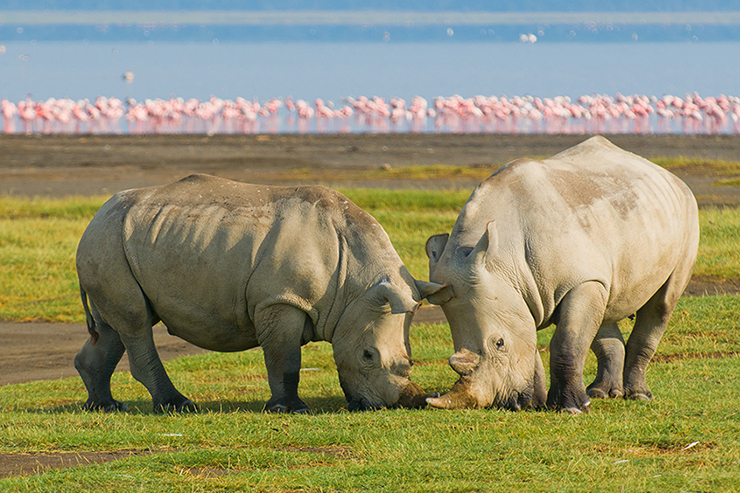 Other wildlife experiences which didn’t quite make this list include the lemurs of Madagascar, the green canopy of the Amazon rainforest and the incredibly rare Ethiopian wolf. Our world teems with life, much of it under threat from ourselves. When you book a wildlife holiday, know that you aren’t just enjoying a once in a lifetime experience. You are also helping to safeguard these species for future generations, by funding a tourism sector which protects them. To find out more about our diverse range of trips, head to our dedicated wildlife page.