03 March 2022. Today is World Wildlife Day, when we celebrate the incredible diversity of life that inhabits our shared planet. From the tiniest insect to the largest predator, every living thing on Earth is an important part of the fabric of our world. Often, the focus is on how humans are destroying this complex web of life, wiping out species and habitats at an irrepressible pace. And whilst it’s true that there is much we need to change to halt the decline in our wildlife around the world, there are also numerous conservation success stories, examples of species being brought back from the brink of extinction by human conservation efforts. Here are 10 examples to lift your mood this World Wildlife Day.

The resurgence of wild tigers represents one of the world’s greatest ever conservation success stories. It is 12 years since every country where tigers are known to reside signed up to an agreement to double wild tiger numbers. The big cat had been battered by poaching, habitat loss and human-wildlife conflict, with just 3,000 tigers remaining at the time of the agreement. But now, in 2022, the tide is finally turning. In India and Nepal, wild tiger numbers have doubled since 2010, and continue to increase. Russia, China, and Bhutan are also seeing numbers creep back up, with the aim to double wild tiger numbers looking increasingly realistic. There are still challenges for the critically endangered Sumatran tiger – its Indonesian rainforest home continues to disappear. But this is great progress, which gives us hope for this majestic big cat.

See tigers in the wild for yourself with our Shere Khan tour of India! 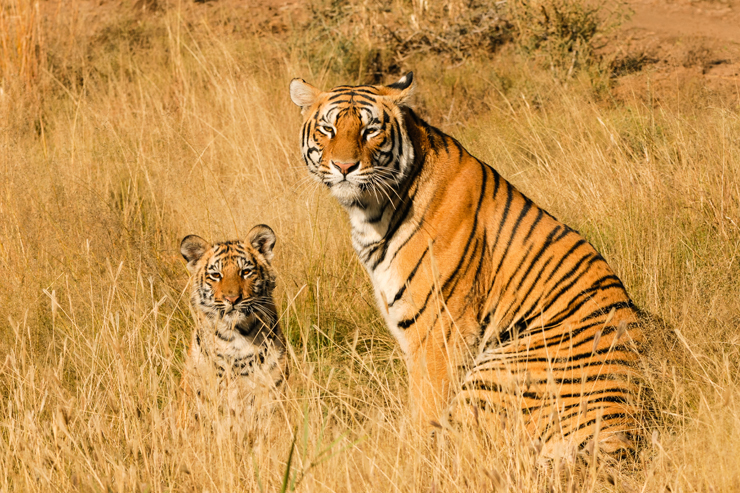 It is approximately 3,000 years since the Tasmanian Devil was last seen wild in Australia. We know they were there once, but human settlement helped to wipe them out. For years they were confined only to the island of Tasmania. And then a deadly facial tumour helped to decimate the population further. But in October 2020, 26 individual devils were released into a large, fenced sanctuary near Sydney. It is thought they will help to rebalance the ecosystem, which has been ravaged by invasive species. More releases are planned. And it is hoped that in the long term, the devil will once again be classed as a native to mainland Australia.

#3 Jaguars claw their way back in Argentina

70 years after their local extinction in Argentina’s Ibera Wetlands, wild jaguars are back, thanks to rewilding efforts. There are only around 200 jaguars remaining in Argentina, largely down to hunting and habitat loss. But the largest predator in South America now stalks the 688,000-hectare reserve once again. A female jaguar and her two cubs were released into the wetlands in January 2021. This was followed by another female and her cubs, and a solo female in September 2021. And on the first day of 2022, things took another step forward with the release of Jatobazinho – an adult male. It is hoped that Jatobazinho will breed with one of the females and begin a natural recolonization of Ibera. Conservationists believe the region could comfortably hold 100 wild jaguars. 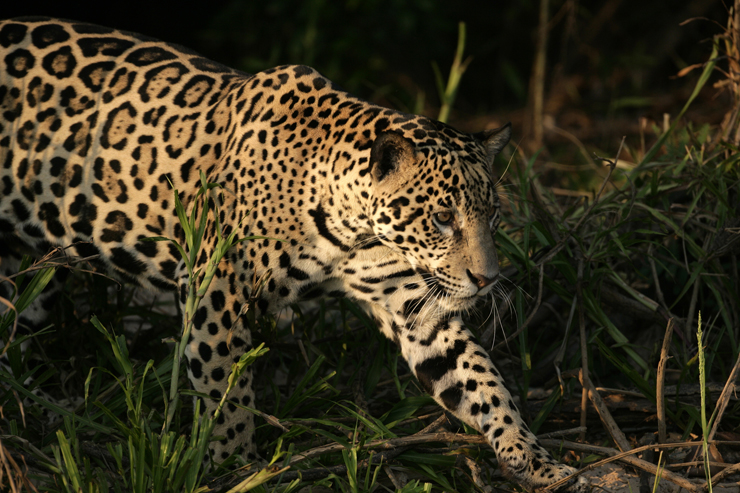 Unfortunately, Southeast Asia is a hotbed for wildlife crime, including the illegal pet trade and snaring. And deforestation is also a problem, with many creatures seeing their habitats shrink. However, in Vietnam’s Van Long Nature Reserve, there was some good news in 2021. It was announced that the critically endangered Delacour’s langur monkey had seen a four-fold increase in population since 2001. There are now around 200 langurs in the reserve. This is a much more sustainable population than the 50 or so discovered in the region before the reserve was created. Conservationists are now working to protect surrounding areas of habitat, to help the monkey continue to recover. Community involvement was critical in the success. Locals removed grazing goats from the region. And a group of 30 volunteers help to patrol the reserve to prevent poaching. No poaching has been recorded in the reserve since 2001.

#5 The resurgence of the Humpback whale

The return of the great whales is one of the best-known conservation success stories. And the Humpback stands out. One of the largest animals to ever exist on our planet, Humpback whales were once viewed as little more than a commodity. Harvested for their oil and meat by the whaling industry, by 1950 there were thought to be only around 5,000 animals left. This from a population once estimated at 125,000! A landmark law banned commercial whaling in 1966 and since then, Humpbacks have rebounded spectacularly. The global population is now estimated at 80,000, and still increasing. 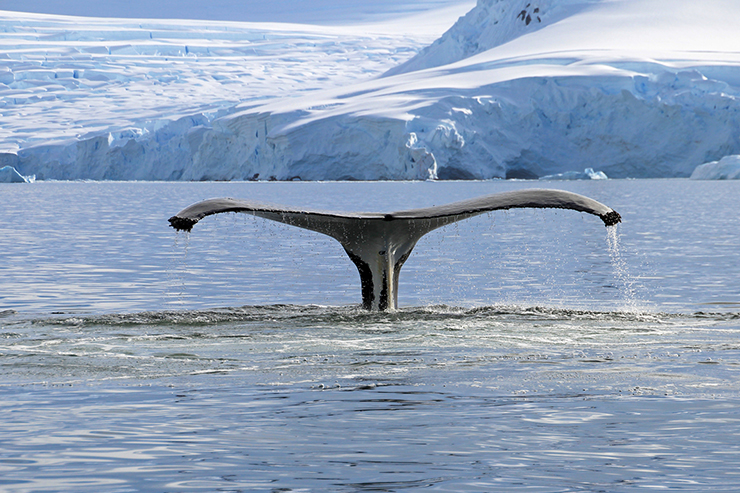 Many of our conservation success stories so far regard the returning of lost species to their former habitats. This theme continues in Britain. Beavers have been extinct in Britain for hundreds of years, hunted for their furs and castoreum, used in perfumes. But in the early 2000s, a small group was found living wild on the River Tay in Scotland. No one knows how they got there. A study was undertaken to determine their impact on the environment, and they were finally given leave to remain in 2020; beavers are once again classed as native to Scotland.

Furthermore, beavers are making a comeback south of the border, in England and Wales. Fenced trials are springing up all over the country, and the government is in the process of developing a national Beaver Strategy. Beavers are a keystone species, improving the environment for all manner of other creatures with their dam building and tree coppicing. Beavers back in Britain is fantastic news for all UK wildlife. And in July 2021, the first baby beaver was born on Exmoor in nearly 400 years, proof of conservation in action!

Mountain gorillas have been drawn a tough hand. Residing in the rainforests of Rwanda, Uganda, and DR Congo, they have long been targeted by poachers. They have also suffered from deforestation and the civil war which has plagued the Congo for so long. By the 1980s, there were thought to only be around 680 individual gorillas left.

A dedicated conservation plan sprung into action. The governments of Rwanda, Uganda and DR Congo have been vital to this. So too, have local rangers, who protect the gorillas and remove deadly poacher’s snares from the jungle. Tourism has also helped; gorillas are worth far more alive than dead, as people flock to spot the gorillas in the wild. All of this has led to a population resurgence. There are now more than 1,000 Mountain gorillas in the wild. And a 2020 baby boom saw at least 11 infants born across the species’ range. This continued in 2021; at least 9 babies were born in DR Congo’s Virunga National Park alone!

Head into the jungles of Uganda to see wild mountain gorillas for yourself with our Uganda tours! 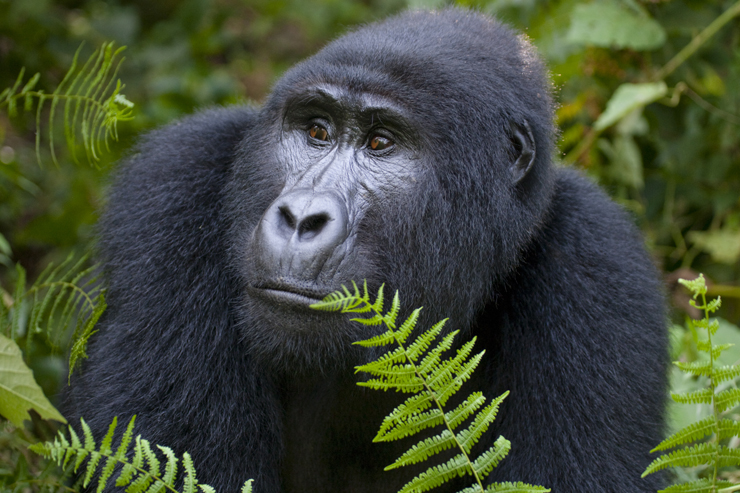 For a small insect, the monarch butterfly is somewhat iconic. The migration of millions of monarch butterflies across the skies of Califonia used to be breathtaking. The butterflies travel hundreds of miles, from north to south California to overwinter in the warmer climes. They used to appear as a cloud, with numbers peaking in the low millions. But their decline has been drastic, with a low of just 2,000 butterflies recorded in 2021. Thankfully, a huge recovery was reported in January 2022, with approximately 247,000 butterflies being recorded in the state. Whilst this is nowhere near the peak numbers seen in the 1980s, and large fluctuations are natural, it is hopefully a sign of things moving in the right direction. Butterflies were recorded at 283 different sites, a record for different locations recording monarchs. This is good news for building a resilient population.

#9 Fighting back against rhino poaching in Kenya

We all know about the scourge of poaching in Africa. Rhinos and elephants butchered for their horns and tusks, pangolins killed for their scales, and lions for their claws. It is a constant battle to preserve Africa’s iconic wildlife. Finally, in 2021, there was some good news for rhinos. In one of the world’s greatest conservation success stories, not a single individual is known to have been poached in Kenya during 2020, according to the Kenya Wildlife Service. This is great news, a testament to the anti-poaching efforts of the government and national park rangers. Rhino poaching is also falling in other countries, such as South Africa, providing hope for the embattled species.

Spot rhinos and much more wildlife besides with our range of Kenya safaris! 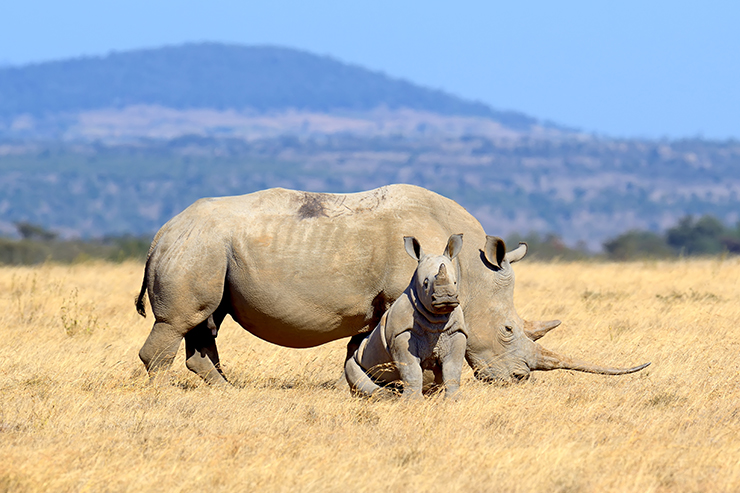 #10 The tiny frog that clings on to existence

It is often well-known, charismatic animals that benefit from the efforts of conservationists. But the final entry in our list of conservation success stories is a species you’ve probably never heard of.

In 2019, 14 unassuming frogs were swiftly evacuated from a vanishing stream in northern Chile and taken to a zoo in Santiago. These 14 frogs represented all that was left of the global population of Loa water frogs. The situation looked bleak; the reason the frog was so vulnerable was that it had evolved to live in very specific conditions. So there was little hope it could be saved. But scientists and conservationists got to work anyway, and in October 2020, there was some great news. 200 tadpoles were born, meaning there is real hope that this species can be raised in captivity. And hopefully, one day, be released back into the wild. Proof that even in the most desperate of circumstances, there is always hope.

This article isn’t supposed to hide the fact that our natural world is under siege. Deforestation, climate change, the illegal wildlife trade, plastic pollution. The list of threats is endless. But where there’s a will, there’s a way. And as these 10 uplifting conservation success stories show us, mankind is perfectly capable of reversing the damage it has caused.

Do these conservation success stories have you itching to embrace your wild side? We offer a range of wildlife adventures. Our trips help to preserve endangered species through tourism. You can check out our full range of trips by heading to our Wildlife Tours webpage.