Tucked away in the northern reaches of Europe, Iceland is a destination like no other. With active volcanoes, grumbling glaciers and erupting geysers, there’s plenty to see in the country. And Iceland’s tiny capital city, Reykjavik, is also a fascinating place to explore. In this article, we’ll tell you 10 facts about Reykjavik that you may not have heard before.

1) Statistically, one in every 10 Icelanders will write a book during their lifetimes, meaning Iceland has the most books published per capita in the world. As a result of this, UNESCO designated Reykjavik as a City of Literature in 2011. It’s the first non-English speaking city to gain the title.

Remember to pack a jacket

2) Reykjavik is the most northern capital city in the world. With a latitude of 64°08 ′N, it narrowly beats Helsinki (Finland), Oslo (Norway), Tallinn (Estonia), and Stockholm (Sweden).

3) When the Vikings arrived in Iceland sometime during the 12th century, they set about lopping down just about every tree on the island. As a result, later generations had very few raw materials with which to build their houses. So for a time, turf roofs were commonplace in Reykjavik and across the country. A few examples survive around Reykjavik and beyond, although these turf houses have mostly disappeared. And reforestation efforts are slowly but surely underway to undo some of the Vikings’ damage. 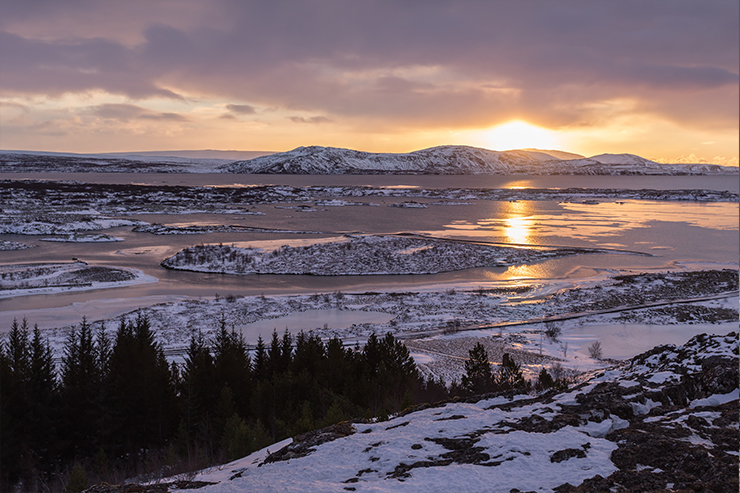 No Big Macs in Reykjavik

4) Reykjavik is the only capital city in Europe not to have a McDonalds restaurant. There used to be one, but it closed down in 2008. One of the few markets the fast food giant hasn’t managed to crack! There’s no Starbucks either!

5) The authorities banned dogs from living in Reykjavik between 1924 and 1984. Imagine 60 years with no dogs! The thinking behind the ban was that dogs were primarily considered as farm animals in Iceland at the time. Essentially, the authorities didn’t think a city was any place for a dog to call home. You’ll be glad to know that the ban was lifted in its entirety in 2006.

6) Reykjavik has a tiny population for a capital city, at around 122,000 people. But with the entire population of Iceland only numbering around 356,000, this is a huge proportion of the country’s population.

7) The name “Reykjavik” translates literally to “smoky bay”. The hot springs and geothermal vents for which Iceland is famous are what lends the city this name. We think it works perfectly!

8) Iceland is home to 60% of the world’s Atlantic Puffins, and there is a huge puffin colony in Reykjavik. More specifically, the birds live on a handful of islands in Faxafloi Bay. They are a major attraction for tourists to the city. Cormorants, gannets, dolphins, humpback whales and more also live in the bay. Not many capital cities are as rich with wildlife! 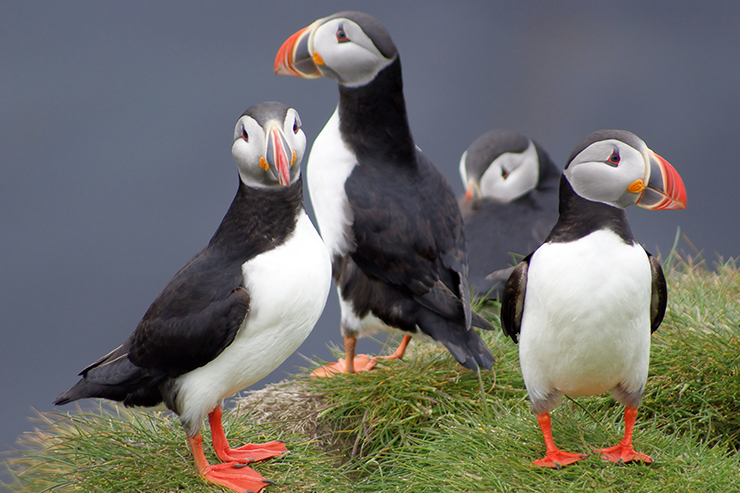 9) Reykjavik is one of the greenest cities in the world. 85% of Iceland’s energy needs are met through domestic renewable sources, such as geothermal (65%) and hydropower (20%).

10) During the Second World War, more than half of Reykjavik’s population was made up of British and American troops who were stationed in the city. Because of this, unemployment disappeared almost overnight and the troops helped to shape the city’s future development.

We hope you’ve enjoyed these facts about Reykjavik. If you’d like to discover the various natural riches that Iceland has to offer, why not join one of our award-winning Iceland group tours? We’re ready whenever you are.