Skip to content
On The Go Tours Blog > News Tips and Trivia > The Queen of Travel: Every Overseas Trip by Her Majesty Queen Elizabeth II (10 minute read)

Like millions of people around the world, everyone at On The Go Tours was deeply saddened to hear about the death of Her Majesty Queen Elizabeth II, who died peacefully at her Scottish home of Balmoral on 8 September 2022 at the age of 96, after a lifetime of service to her country and the Commonwealth.

Queen Elizabeth II was the most well-travelled monarch in history, making well over 100 overseas trips during her 70-year reign. She was in Kenya when she ascended the throne, and in total, she visited 117 countries in every corner of the world. At one point in her reign, she was the queen of 32 countries. And despite overseeing a period of decolonization, she was still the head of state in 15 nations at the time of her death, including Canada, Australia, and New Zealand. What better way to pay tribute to her memory, we thought, than to celebrate the Queen’s incredible record of foreign travel? So here is a comprehensive timeline of every foreign trip she made as Queen. 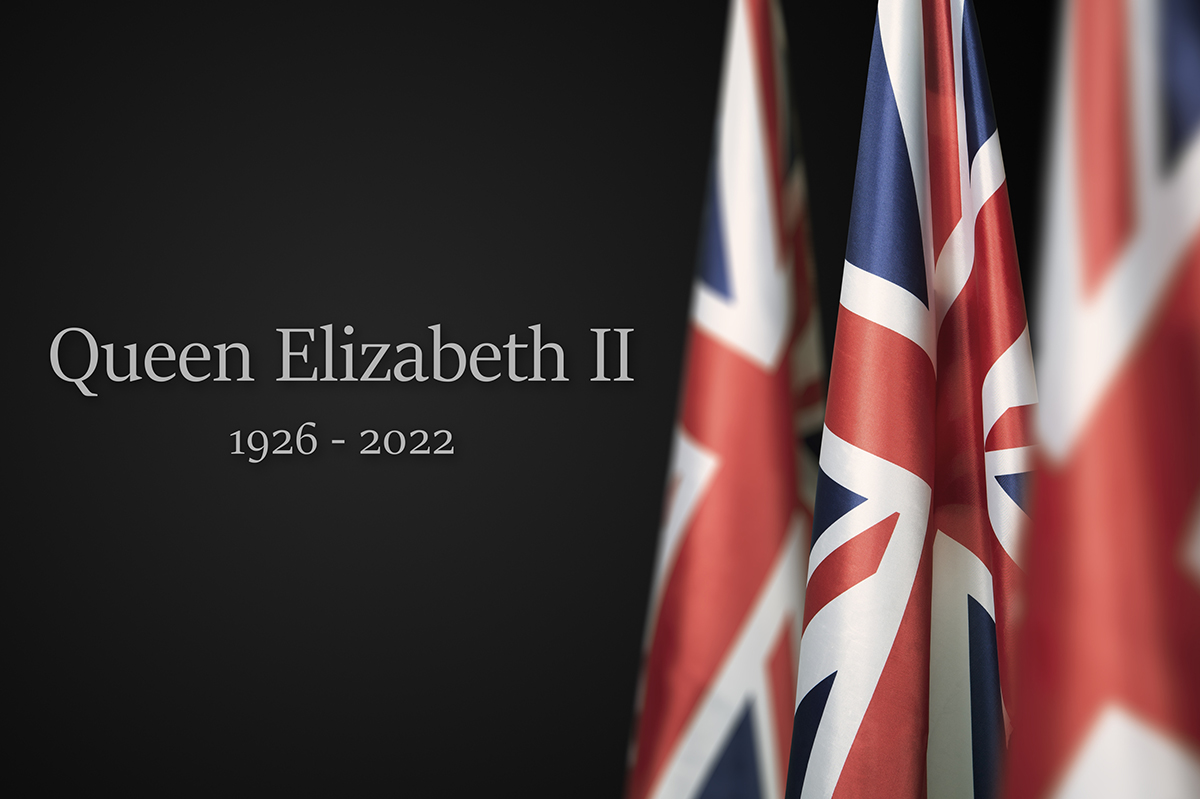 In early 1952 King George VI was very sick with cancer, so he chose to send his daughter, Princess Elizabeth and her husband Prince Philip on a Commonwealth tour to Kenya in his place. On February 6, just a few days into the trip, George VI died at Sandringham, and Elizabeth became Queen. The tour was cancelled, and the new Queen returned to London to begin what would become the longest reign of any monarch in history.

Elizabeth II’s first state trip as Queen was a six-month tour of the Commonwealth – the group of now-independent former British colonies that would be so important to her reign. The tour started in Bermuda, a country she would visit four more times in her life.

Elizabeth II met 13 serving US presidents during her long reign, from Harry S. Truman to Joe Biden. But her first trip to the USA as Queen was in 1957, when she was hosted by President Dwight D Eisenhower. ‘Ike’ had met the then Princess Elizabeth a few years prior, and would go on to visit the Queen at Balmoral in 1959.

The Queen’s visit to India in 1961 was the first visit by a British monarch since the country had seceded from the British Empire in 1947. What could have been an incredibly difficult trip politically was handled masterfully by the Queen, and marked the beginning of a new, friendly relationship between the two nations.

The Queen became the first reigning British monarch to visit South America in 1968. She attended a football match in Brazil between Rio de Janeiro and Sao Paulo and met the footballing legend Pele when she presented the winner’s trophy at full time.

At the height of the Cold War, the Queen travelled to Yugoslavia, marking her first visit to a communist country. During her visit, she met the infamous leader Tito and travelled on his famous Blue Train.

Canada was the country that the Queen visited the most during her long reign, with 22 separate trips to the Commonwealth country. Perhaps the best remembered of these visits was in 1976, when her visit coincided with the Montreal Olympics. This was made even more special for the Queen because her daughter, Princess Anne, was competing in the games, as part of the British team for Three Day Eventing. This made Anne the first British Royal to compete in the Olympics. Her daughter Zara Tindall has since followed in her footsteps.

The year 1977 marked 25 years on the throne for Elizabeth II. This was a significant achievement, though nothing compared to what she would go on to achieve! To mark the occasion, the Queen undertook another Commonwealth tour, visiting numerous countries and travelling 56,000 miles.

When the Queen became the first female head of state to visit Saudi Arabia in 1979, she made sure to arrive in style. Elizabeth II travelled to the Gulf aboard a British Airways Concorde, the legendary supersonic commercial aircraft which was retired in 2003.

The Queen’s 1986 visit to China remains the only trip in history to the country by a British monarch. The Queen took in the Forbidden City in Beijing. And she walked along a section of the Great Wall, with Prince Philip by her side.

The fall of the Berlin Wall and reunification of Germany in 1989 was a momentous historic event which marked the beginning of the end of the Cold War. The Queen had visited West Germany in 1965, 1978 and 1987, but this was the first time she had visited a united Germany. It was one of the few occasions she travelled without Prince Philip, and she was hosted by German president Richard von Weizsacker in the city of Bonn.

Following the end of Apartheid in South Africa in 1994, South Africa rejoined the Commonwealth, and the Queen visited the country the following year, as part of diplomatic efforts to renew the relationship between the two countries. Here she met President Nelson Mandela, and the two grew close. He called her Motlalepula, an affectionate nickname which means ‘to come with rain’ in the indigenous Setswana language. When Mandela died in 2013, Elizabeth II said she was ‘deeply saddened to learn of his death and that Mandela ‘was the embodiment of courage and reconciliation. He was also a man of great humour and had a real zest for life’.

The Queen’s three ladies in waiting were wilting in the sticky heat of Brunei on her only state visit to the tiny country. But Elizabeth II was undeterred. Her yellow straw hat kept the sun off her face as she chatted to sellers of dried fish. She was also impressed to see a stall selling commemorative plates of the wedding between her son and heir Prince Charles and the late Princess Diana, who had died tragically in a car crash in Paris in 1997. Prince Philip, a keen environmentalist, had disappeared off for the day to meet local firefighters, who were battling thick smog from raging wildfires in the heavily forested country.

To mark the 50th year of her reign, the Queen undertook a Golden Jubilee tour to four Commonwealth countries in February 2002. What should have been a huge celebration was subdued due to the death of Princess Margaret, the Queen’s sister, just a few weeks before she was due to depart. But Elizabeth II, always the embodiment of duty, carried on with the tour undeterred.

Returning to Uganda for the first time in 53 years in 2007, the Queen was met with rapturous excitement, as crowds lined the streets in Kampala, the capital of the former British colony. Whilst in Uganda, Elizabeth II attended a Commonwealth Heads of Government meeting, visited an AIDS clinic, and met young children at a local primary school.

Aged 85, the Queen made what would be the last of 16 visits to Australia as monarch in 2011. Accompanied by the 89-year-old Duke of Edinburgh, she toured the country for 11 days. The couple spent much of their time in Canberra, but also visited Melbourne and Brisbane. The Queen also attended a meeting with Commonwealth leaders in Perth.

2011 was a busy year for the Queen as it also marked her first visit to the Republic of Ireland. The last royal to visit the country had been George V in 1911, before the Easter Uprising and the end of British rule over Ireland. The trip required the largest security operation in the history of the Republic, but it was a diplomatic success.

The Queen travelled abroad for the final time in 2015. And how fitting that her last foreign trip was to Malta. It was here that she lived with her new husband Prince Philip for two years from 1949 when they were first married. She often referred to the country as a second home, and it was known as a firm favourite among all her many destinations.