PRIVATE TREKKING HOLIDAY: Trek through lush jungle and local settlements to uncover Colombia's Lost City, overnighting in charming houses along the way. Climb the 1,200 stone steps which lead to the Ciudad Perdida, a fascinating site made up of stepped terraces carved into the side of a mountain. Top off your stay with some relaxation by the beach in Tayrona National Park.

7 breakfasts, 4 lunches and 4 dinners
Airport arrival and departure transfer on day 1 and day 8
Entrance fees to all sites and activities as described in the itinerary
Trek to the Lost City on a shared excursion
8 nights Standard accommodation in Santa Marta. Simple accommodation whilst trekking. Upgrade to Superior or Deluxe accommodation in Santa Marta is available upon request. Accommodation rating – See Trip Notes for details
Services of local English-speaking specialist guides and trekking guide for trek to the Lost City
All relevant transfers and transportation

Santa Marta - Adan's Camp. Now the real fun begins as Day 2 marks the start of your hike that will eventually take you all the way to the Ciudad Perdida (Lost City). You will be picked up from your hotel in the morning and driven to the town of El Mamey, the start of the trekking route. Today you will trek for a total of around three hours, stopping along the way to take a dip in the Gorge of Hondurous, a beautiful natural pool. Your final stop for the day is Adan’s camp.
Overnight: Adan's Camp  |  Breakfast, Lunch, Dinner

Adan's Camp - Paraiso Camp. Time for a hearty breakfast as you are about to embark on a hike through some of Colombia’s most beautiful deep forest (approximately 8 hours). Roughly halfway through today’s hike you will pass through Mutanyi, a meeting town of the Koguis people. Here, you will have the chance to interact with the locals in order to learn more about their community, history and traditions. This is an excellent opportunity to immerse yourself in a unique culture. In the evening, you will have the opportunity to take a dip in the nearby Rio Buritaca before heading to dinner and then to bed in Paraiso Camp.
Overnight: Paraiso Camp  |  Breakfast, Lunch, Dinner

Paraiso Camp - The Lost City - Numake Camp. After an early breakfast, you are back on the road and the first challenge of the day presents itself in the form of 1,200 stone steps, which lead to the much anticipated Lost City. Built by the Tayronas between 500 and 700 AD, the Ciudad Perdida is around 800 years older than Peru’s Machu Picchu and was probably the capital of the region at the time. The site comprises 169 stepped terraces, which have been carved into the side of the mountain, a series of tiled roads and some small circular plazas that show the harmony between the Tayrona civilisation and nature.

In 1972 the city was discovered by treasure hunters and is now a major archaeological site. Once you have finished exploring everything the ancient city has to offer, it’s time to head back to Paraiso camp to freshen up and have some lunch. After lunch, you continue trekking back to Numake Camp where you spend the night.
Overnight: Numake Camp  |  Breakfast, Lunch, Dinner

Numake Camp - Adan Camp. Today is spent trekking back through the jungle to the Adan Camp or Alfredo Camp. Upon arrival you will have the opportunity to take a dip in the nearby Gorge of Honduras before heading to dinner.

Adan Camp - Santa Marta. you will make your way back to the Mamey region. After lunch you will be transferred back to the hotel in Santa Marta and enjoy the remainder of the day at leisure.
Overnight: Santa Marta  |  Breakfast, Lunch

Santa Marta - Tayrona National Park - Santa Marta. This morning you will be met at the hotel where you will start a walking tour to Arrecifes within Tayrona National Park. Sitting on the Caribbean coast, this park is a national treasure and encompasses pristine beaches, picturesque forests and a huge variety of flora and fauna. Howler monkeys and iguanas are just two of the numerous animals that can be spotted here.

You can enjoy a swim in the Caribbean Sea at the many beaches you may stop at today. Soak up some sunshine and enjoy the beach, the choice is yours.
Overnight: Santa Marta  |  Breakfast

Guaranteed Departures
This tour is 100% guaranteed to depart with travellers. 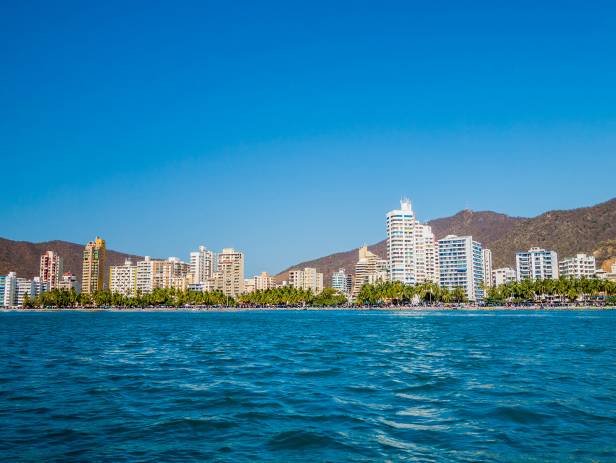 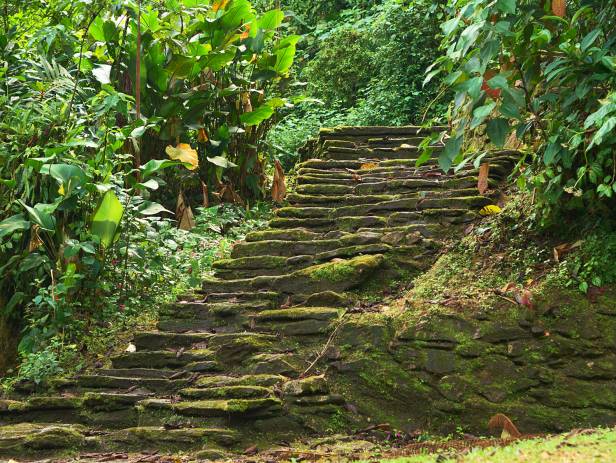 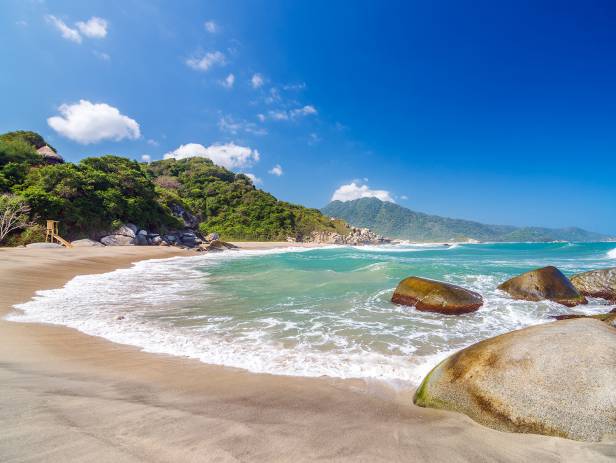