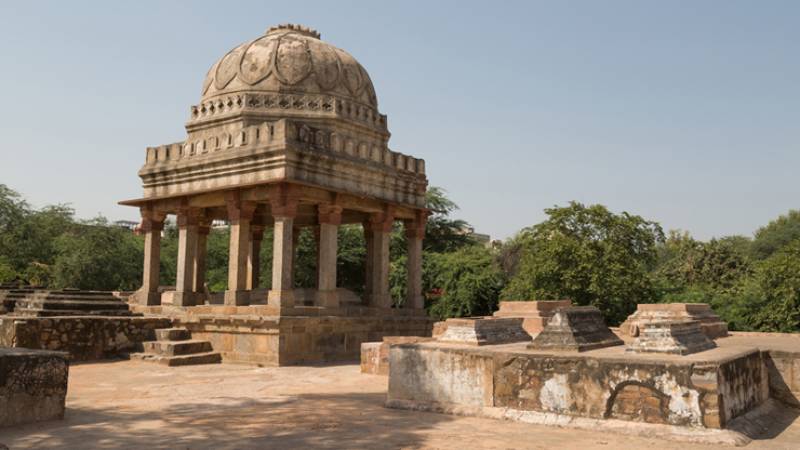 from £39.96
Admire the stately Changing of Guard ceremony within the gates of Rashtrapati Bhavan on Saturday morning, before visiting one of two museums for a self-guided tour. Watch the President’s Body Guard – a military regiment of the Indian Army – and their cavalry horses perform ceremonial duties in full regalia. Then, head to either the National Museum or the National Rail Museum to view fascinating exhibits on India’s art or rail history – depending on which option you choose. On Sundays, it will be the other way around – visit either the National or Rail Museum first, and then head for the Change of Guard ceremony, that takes place in the evening on Sundays. Your half-day tour includes transportation by private air-conditioned vehicle with a professional driver, entrance ticket to either one museum.
BOOK WITH CONFIDENCE: As members of ABTA and ATAS we are 100% financially bonded. You can book your day trip with us in absolute confidence, no matter where in the world you are.

After pickup from your hotel in Delhi by private vehicle, your driver will take you to the gates of Rashtrapati Bhavan – the presidential residence -- to watch the 30-minute Changing of Guard ceremony on Saturday morning. When you arrive, show your photo ID at the entrance to the estate’s forecourt, and view the President’s Body Guard (PBG) and their equestrian display amid a public audience of up to 200.

The PBG soldiers, established in 1773, belong to the Senior Regiment of the Indian Army, whose cavalry carry out ceremonial duties for the president. Watch the military guards, adorned in full regalia, as they advance from behind the Jaipur column astride their stallions. Consider the physical prowess of these elite troops as they perform exacting maneuvers, carrying lance and saber in tune to the music of the Army Brass Band.

As you observe this British-influenced military tradition, you’ll see the elite infantry regiments of the Army Guard Battalion march in and replace the old guard. The morning ceremony ends with another equestrian display by the PBG before they ride away toward Rashtrapati Bhavan while the brass band plays the National Anthem.

Altogether, the museum has 200,000 works of art, both of Indian and foreign origin, covering a span of more than 5,000 years. With the aid of an audio tour and informative panels about the displays, walk through the museum and enjoy exhibits that include jewelry, paintings, manuscripts and armor, as well as a Buddhist art section renowned for its sacred relics.

The National Rail MuseumSet amid 10 acres of sprawling park, the National Rail Museum isn’t just for train buffs! Head indoors for an informative display of fascinating objects, including signaling equipment, antique train furniture and historical photographs of the Indian Railway. Read the displays' accompanying annotations and learn about India’s rail heritage as you admire the line-up of 19th-century steam engines parked outside.

See the Prince of Wales Saloon, built in 1875 for the prince’s visit, and peer through the windows of the Maharaja of Mysore's Saloon for a look at the brocade-covered chairs and elegant rosewood bed. Don’t miss the well-preserved steam locomotive, the Fairy Queen, or the 1914 fire engine.

Traveler pickup is offered
We pick from all hotels in Delhi

Scoring an average traveller rating of 4.25 out of 5 based on the last 4 recent reviews

“
Fantastic exhibition of a polished performance by the Guards. The horses were absolutely fabulous, turned out an immaculate display. Not to be missed!”
Samdee65 • Submitted 29 Jun 2017

“
We could not attend the changing of the guard owing to security restrictions before the Republic Day Parade but went to The National Museum in its place. That museum is absolutely wonderful and is close to central New Delhi. We also attended The National Rail Museum as planned in the morning and had a marvellous time there which included a trip in a quaint toy train around the fascinating old railway engines and carriages - many were classic very large steam engines - many beautifully dressed and well behaved school children were on the little train. The rail museum is a must for children to visit! There is also an indoor museum, which is beautifully set up, and also a fascinating souvenir shop with everything a child or a railways buff could ever wish for and purchase. Our guide was wonderful. Ross and Margaret Paterson”
Ross P • Submitted 29 Jan 2017

“
Excellent. Not a large crowd. I recommend standing at the back rather than sitting in the allocated chairs.”
Richard M • Submitted 19 Mar 2016

“
The National Museum was wonderful--self guided, but the Change of the Guard was cancelled. The Tour Company took us, with our consent, to the Rail Museum--self guided, in compensation for the Change of the Guard that was cancelled. The Rail Museum was so, so...Don't need a Tour company for this Tour, they only service they provided was the transportation. Much cheaper to catch a taxi and pay for the entrance fees at the door.”
MariaIsabel H p • Submitted 27 Dec 2017