Take in the highlights of St Petersburg and Moscow, and discover the remote and scenic Solovetsky Islands on this unique tour of Russia. Visit the Solovki monastery - one of the Soviet Union's most infamous Gulags, explore Bolshoy Zayatsky island with its mythical labyrinths, and spot Beluga Whales along the Beluga Cape.

International flights and visa
Tip for your tour guide. We recommend you allow USD$3 - 5 per day, per traveller. Tipping your guide is an entirely personal gesture
Laundry, drinks and items of a personal nature
Entrance Fees: USD$70-80pp, paid in local currency

Saturday. Welcome to Russia and the start of your holiday. Meet and greet arrival transfer from St Petersburg Pulkovo Airport to your hotel and check in. This evening you'll be treated to dinner with the rest of your group at the hotel, followed by an informative welcome meeting. Remainder of the evening at leisure - your tour guide can recommend some local bars for you to try out.
Overnight: St Petersburg  |  Dinner

This morning a driving tour provides an introduction to the beautiful city of St Petersburg. Travelling by bus we will make our way along the famed Nevsky Prospekt, past the museum and university districts and a few stops will be made along the way to see the magnificent St Isaac's Cathedral and The Bronze Horseman. We then visit the Peter and Paul Fortress and the beautiful Peter and Paul Cathedral which houses much of the tombs of the Romanov monarchs. We will also pay a visit to the impressive Church on Spilled Blood. Later, we will enjoy a guided tour of the Hermitage - which houses one of the biggest and best art collections on earth.
Overnight: St Petersburg  |  Breakfast, Lunch

Today we head out of the city to explore the beautiful gardens of Peterhof on the Gulf of Finland. Often referred to as Russia’s ‘Versailles’, the gardens of Peterhof Palace are a wonderland of greenery and flowers, sweeping vistas and ornate architectural decorations, with spectacular gold fountains.

This evening you have the opportunity to join in on some optional excursions including a night at the ballet or a Cossack show. There may even be the chance to try your hand at preparing Russian cuisine with an interactive cooking class. All optional excursions are subject to availability, and are booked and payable locally.
Overnight: St Petersburg  |  Breakfast

St Petersburg - Kem. As our last day in St Petersburg, today gives you the opportunity to shop for some last minute souvenirs, perhaps some traditional Russian nesting dolls or some Russian memorabilia found at the canal side market near the striking Church on Spilled Blood. Alternatively take a walk along Nevsky Prospekt. This evening we travel to the train station where we board our overnight train to Kem, gateway to the Solovetsky Islands, aka Solovki.
Overnight: Sleeper Train  |  Breakfast

Arriving into Kem this morning we transfer to the pier where we board our ferry. Travelling 2 hours across the White Sea we reach our destination, the Solovetsky Islands.

This afternoon, once you've had a chance to freshen up, we visit Solovki Monastery. This beautiful structure is surrounded by huge walls which acted as a fortress and protected from invading forces. We'll tour the buildings and churches which are housed within the fortress, most of which date back to the 16th century and our guide will explain the fascinating history of this including its use as an infamous Gulag during Stalin's reign.
Overnight: Solovki  |  Lunch, Dinner

After a hearty Russian breakfast we board a small boat and head for the Bolshoy Zayatsky Island. This sparse yet beautiful island is home to amazing tundra flora and many unexplained and fascinating labyrinths, some have been constructed from stone whilst others are mounds in the earth. It's believed these labyrinths were used for mystical purposes, however, exactly what they were we'll never know. We also tour the beautiful wooden church St Andrew constructed in 1702 by order of Peter I.

This afternoon we will hopefully get to witness some of the famous and impressive mammals in the ocean, the Beluga Whale. We'll have the chance to learn about the life of the White Whale, nicknamed 'sea canaries' for their strange whistles and clicking noises they make underwater. Between June and August, along the Beluga Cape, the whales often show up and grace onlookers with an incredible display.
Overnight: Solovki  |  Breakfast, Lunch, Dinner

Solovki - Moscow. Although a naturally beautiful part of Russia, the Solovetsky Islands have also seen some very dark moments in the country's history. The remote location was used by Stalin's government to house one of the Soviet Unions most infamous Gulags. From 1923 until the late 1930's it's estimated that hundred of thousands of prisoners died whilst interned here. During WWII the Solovetsky Islands were used as a naval base. This morning we explore the village and surrounding areas for a further insight into the history of this area.

This afternoon we transfer to the Solovki Airport to catch a flight to Moscow, with a short touch down in Archangelsk. Arriving into Moscow this afternoon we will be met and transferred to our hotel. Spend the evening at leisure.
Overnight: Moscow  |  Breakfast, Lunch

Today we ride on the capital’s efficient Metro to Red Square. From here, we’ll take in the jewels of Russia’s capital on a guided walking tour, taking in sights such as the epitome of Russian power – the Kremlin, Lenin’s Mausoleum and the ritzy GUM department store.

At the south end of the square, feast your eyes on the spectacular, brightly coloured, St Basil’s Cathedral which was commissioned by Ivan IV (aka Ivan the terrible) in 1555. If open, we can pay our respects to Russian communist revolutionary Lenin at his mausoleum. In the afternoon visit the mighty Kremlin, with a guided walk through the grounds to see numerous government buildings, gold-domed cathedrals and the Tsar Bell - the largest bell that never rang! Remainder of the day is at leisure.
Overnight: Moscow  |  Breakfast, Lunch

If you have booked the optional Bunker Tour then we will head 65 metres underground and explore the Underground Cold War Museum - a Stalinist-era Soviet Bunker that up until recently was a top secret symbol of Soviet Power. The rest of the day is free to explore amazing galleries, museums, plenty of cafes, shops (including the GUM department store for high rollers) and bars all within walking distance. During our stay in Moscow there will be the chance to join some of our optional evening excursions, such as a traditional Cossack Show or a Moscow by Night coach tour. All optional excursions are subject to availability, and are booked and payable locally.
Overnight: Moscow  |  Breakfast

Monday. Our tour ends after breakfast and hotel check out.
Breakfast

Departure dates are guaranteed with a minimum of 4 persons. 'Twin Share' prices are per person when there are 2 people sharing a room. 'Solo Room' prices are applicable to all solo travellers, or if your booking party cannot reach the minimum of 2 persons in a room. Solo Rooms can also be booked by any other person wanting the comfort and privacy of their own room. 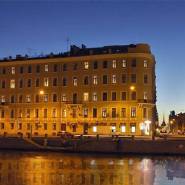 Set on the banks of Fontanka River, Asteria Hotel enjoys a prime location in the city centre just a few minutes walk from St Petersburg's famous Nevsky Prospekt. This 3-star hotel features a restaurant and bar, plus free WiFi throughout the property. 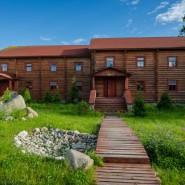 Set in a beautiful green park area, the Solovki Hotel is a traditional Russian log-cabin style hotel, both on the exterior and interior. Rooms are comfortable with en suite facilities. In a fantastic location, the hotel is located just 200 yards from the scenic shores of Solovetsky Island and a further 7 minute walk from the famous Solovki Monastery. Within the hotel you'll find a country-style restaurant serving delicious and authentic Russian food and a hotel bar to relax in the evening. 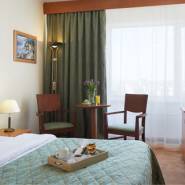 The 4 star Izmailovo Delta Hotel forms part of the huge Izmailovo Gamma Delta complex, which was built to accommodate guests and participants of the 1980 Olympic Games in Moscow. Offering comfortable guest rooms with modern amenities, the complex also boasts 16 restaurants and bars serving Russian and international cuisine, a SPA, gym and swimming pool, in addition to shops, a bank and post office. Conveniently located with the Partizanskaya Metro Station just 350 yards away, it's a quick 10 minute metro ride to Red Square where you can take in the highlights of the capital. The hotel is also ideally located for souvenir shopping, with the famous Izmailovo Market just a short stroll away. 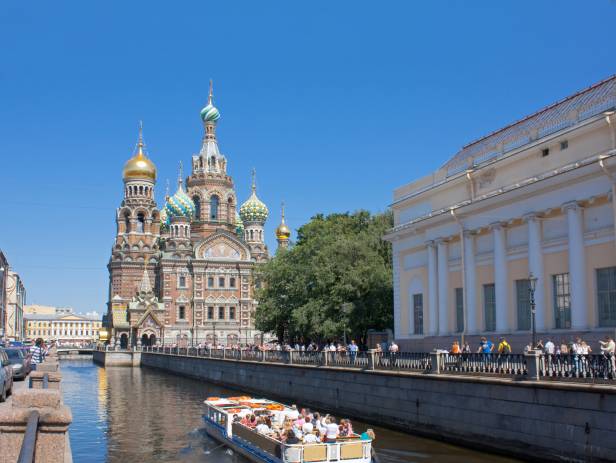 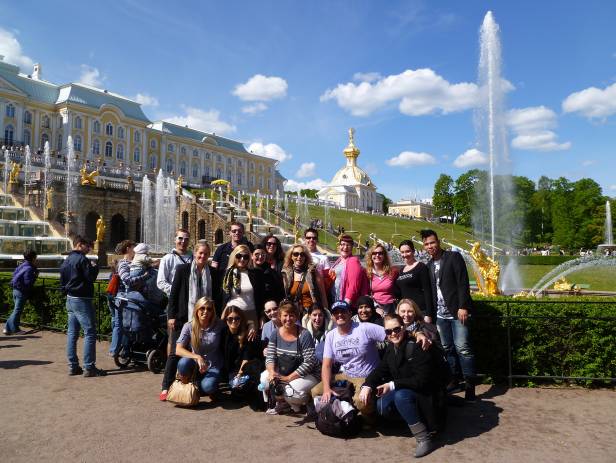 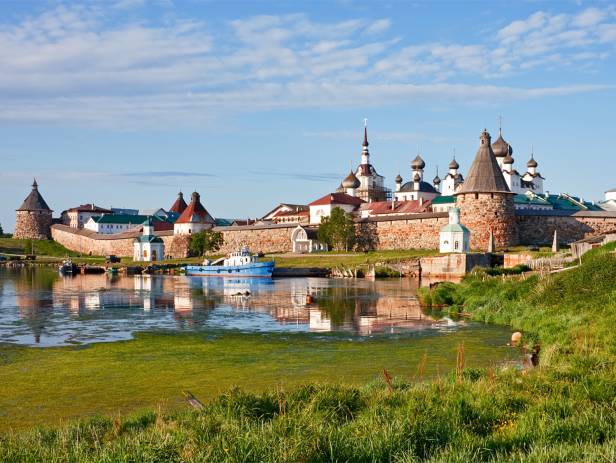 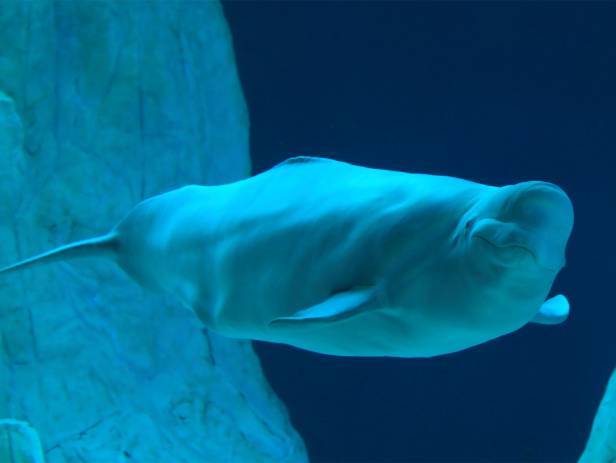 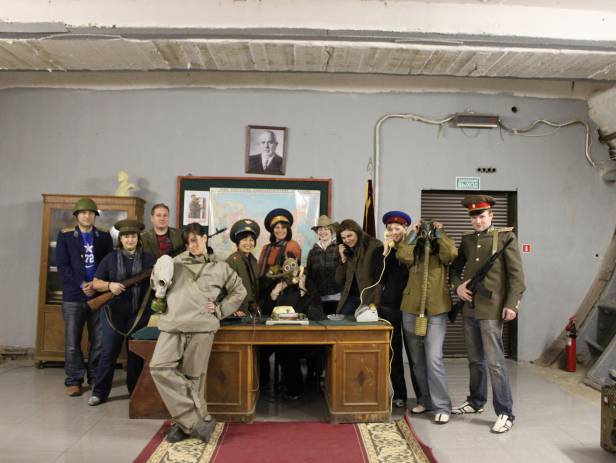 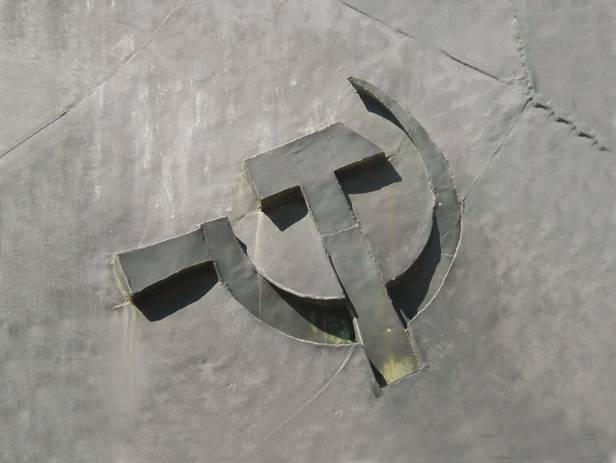