Explore the archaeological site of Pergamum, set on a hilltop near the Aegean coast, and tour the vast ancient acropolis scattered with beautiful monuments, the Temple of Trajan and an impressive amphitheatre. Plus visit the famous Roman Medical centre of Asklepion on this Turkey Day Tour.

Temple of Trajan - a colossal marble temple that has been carefully restored using ruins found on the site
Library of Pergamum - which was once a major library in the ancient world.
Amphitheatre - carved into the hillside, thought to date back to the 3rd century BC
Roman Medical Centre of Asklepion - where the renowned early physician Galen set up shop

Lunch at a local restaurant
Escorted by an English speaking, degree qualified Turkish tour guide
Sightseeing and entrance fees as detailed in the itinerary
Return transfers from your designated pick-up point in a private air-conditioned vehicle

Tip for your tour guide. We recommend you allow USD$5-10 per person. Tipping your guide is an entirely personal gesture
International flights and visa

Today explore the Acropolis of Pergamum, set upon a hilltop just northeast of the modern city centre of Bergama. This ancient site was once the capital of the East Roman Empire and a city thriving with culture, today remnants of its past can be seen in a scattering of monumental tombs, dark stone palaces, and numerous temples. The highlight of any visit is the Temple of Trajan, the ruins of what would have been a colossal marble temple, that has been carefully restored using ruins found on the site. There is also the dramatic amphitheatre, carved steeply into the hillside, and thought to date back to the 3rd century BC. And the famous Library of Pergamum, which was once a major library in the ancient world.

After lunch visit the Roman Medical Centre of Asklepion, where the renowned early physician Galen set up shop. The centre is set along a Roman street and the entrance features a Roman column carved with a snake, the symbol of Asclepius the God of Healing.
Lunch 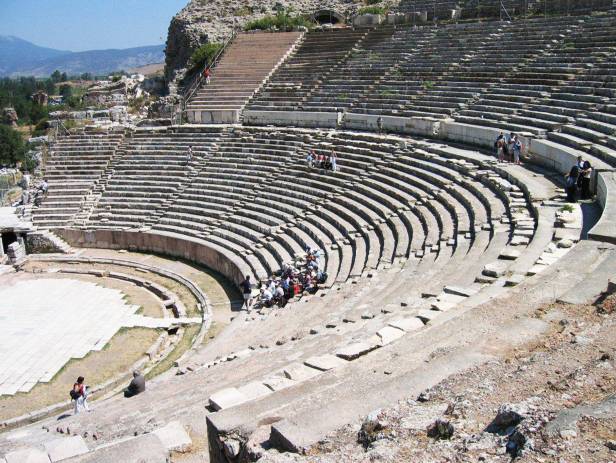