Best of Shanghai Day Tour, Including Jade Buddha Temple and The Bund 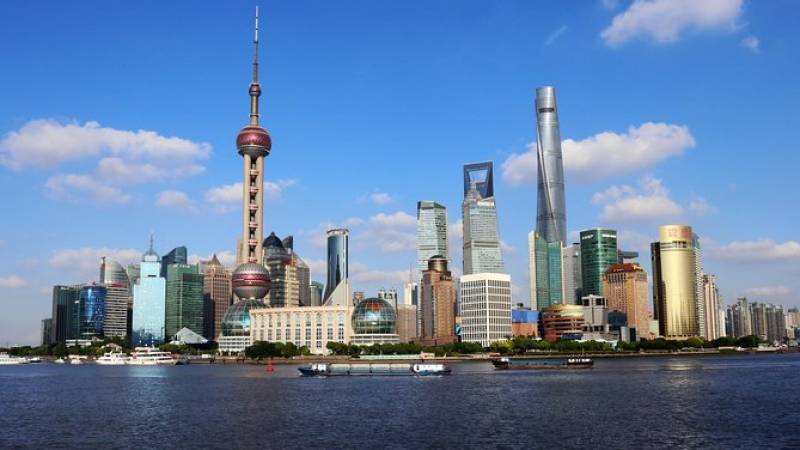 
BOOK WITH CONFIDENCE: As members of ABTA and ATAS we are 100% financially bonded. You can book your day trip with us in absolute confidence, no matter where in the world you are.

Shanghai Museum is a highlight of the tour. The museum design is in keeping with Feng Shui principles. It houses a great permanent collection and hosts various exhibitions with over 120,000 pieces that showcase the 5000 years of China's history. We recommend you rent an audio phone (USD 5) to make the most of your 1.5 hours' visit.

People Square, in the heart of the city is a vast green area surrounded by great buildings on all sides. Here you have the opportunity to feed the doves to pray for the world peace.

Built during the Guangxu period of the Qing Dynasty (A.D. 1875-1909), Jade Buddh Temple contains a priceless collection of jade statues from Burma. The temple is constructed in the magnificent architectural style of the Song Dynasty. Currently the temple houses the Shanghai Buddhist Institute.

The Bund is known as Shanghai's waterfront. It is the most famous landmark and a symbol of old and new Shanghai. Four kilometers long, it has long been one of the most important areas of Shanghai. In the 1930s, the Bund was host to the city's financial and commercial centers.

Yuyuan garden includes many halls, springs and other buildings of interest. The visit brings you back to Ming Dynasty (A.D. 1368-1644).

It is a big bazaar in city center surrounding Yuyuan Garden, which was built 500 years ago. All the buildings are in Ming Dynasty architecture.

Xin Tian Di is located in the central area of old French Court. The brick buildings on these two-square blocks have been preserved and transformed into trendy clubs, restaurants and boutiques.

“
Frank is an excellent tour guide. He is very knowledgeable and takes care of his clients. He even took pictures and sent them to me by WeChat.”
Vijay P • Submitted 21 Nov 2019

“
Tom is a good guide. Full of information, dates, facts and figures. We visited the Shanghai Museum, three different temples, a silk factory, the jade and pearl center and a large open air flea market/mall area and the Bund. Every stop is an opportunity to shop, but I really felt it in the silk and jade shops. The shop workers hovering, pointing out sales and making suggestions. The tour group was less than 10 people which was great.”
LaToya T • Submitted 11 Nov 2019

“
This was a long day but our guide was knowledgeable and confident. He didn't hurry us and answered all the questions he was asked. We had time for photos and to examine museum exhibits etc for ourselves. We found the trip to the Silk Factory fascinating and the Tea Tasting session was most enjoyable. An excellent lunch was included. We would never have seen all these things by ourselves so totally recommend this tour.”
Robert M • Submitted 31 Oct 2019

“
Very good tour and tour guide I learned alot from new and old Shanghai. Worth a visit to Shanghai and exploring.”
michael k • Submitted 27 Sep 2019

“
Very good This tour is a great option to know about some of the main tourist points of Shanghai. The lunch is included in the package of the tour. I was picked up at the hotel in a car with conditioned air, it guides and driver, and at the end of the tour I had the option of to return to the hotel or to leave in the last point of the tour. This was a good option to know Shanghai faster and with information of the places by the guide.”
Otanildo • Submitted 23 Sep 2019

“
Our tour guide was Frank. He explained everything fantastically. He had awesome English. My husband and I had an amazing time.”
dyljo • Submitted 02 Aug 2019

“
My tour ended up being a private tour, including a guide, driver and lunch. The tour guide was very flexible to what my interests were and how much time I wished to stay at each attraction. I think that receiving a truly private tour may be a bit rare, but as I was in the offseason January, it was great timing. I'd highly recommend!”
Joseph R • Submitted 06 Feb 2018

“
Very good tour. Tom the tour guide, was punctual, knowledgeable, organised and personable. Got to all the hotspots and had plenty of time to absorb everything.”
Alan G • Submitted 10 Nov 2017

“
My guide was exceptional as I had him for all my tours in Shanghai and the sights included in this tour should not be missed.”
LOIS B • Submitted 22 Oct 2017

“
Amazing tour with a Frank. He is very knowledgeable and gave us great information on the three tours I took with him.”
Leslie Yesenia A • Submitted 09 Oct 2017

“
Excellent tour that I don't think you would get doing it on your own. Very knowledgeable guide. Highly recommended.”
Lesley D • Submitted 05 Oct 2017

“
Our tour guide Rita was amazing and so organized. The tour itself was so worth the money. I highly recommend this tour.”
Lourdes P • Submitted 04 Oct 2017

“
Really good small group, good whisyestop tour of Shanghai if you are only there for a short time, Joy our guide was very knowledgable, it was a very hot day but we managed ok! Did have a couple of shopping stops but were allowed to opt out of the last one. Highly recommended”
Lisa W • Submitted 28 Aug 2017

“
Whirlwind overview -- great when you have very limited time and Shanghai, or when you want the survey so you know where to return for a deeper look. The last stop was the French section -- it would have been great to have time to stop at one of the cafe/tea houses for light refreshment at the end of the day.”
Susan L • Submitted 27 Jun 2017

“
This was the best tour I have ever been on anywhere in the world! We saw more sites and different activities in an 8 hour trip than I ever expected. Wasn't a big fan of the lunch though..”
Jeff • Submitted 25 Jun 2017

“
Loved this tour. Tom lived up to all the good reviews here on Viator. So much history and knowledge imparted on this tour. You can tell Tom loves his country and what he does. He was so patient answering questions and also giving us recommendations of places to eat and shop.”
Shimaali G • Submitted 11 May 2017