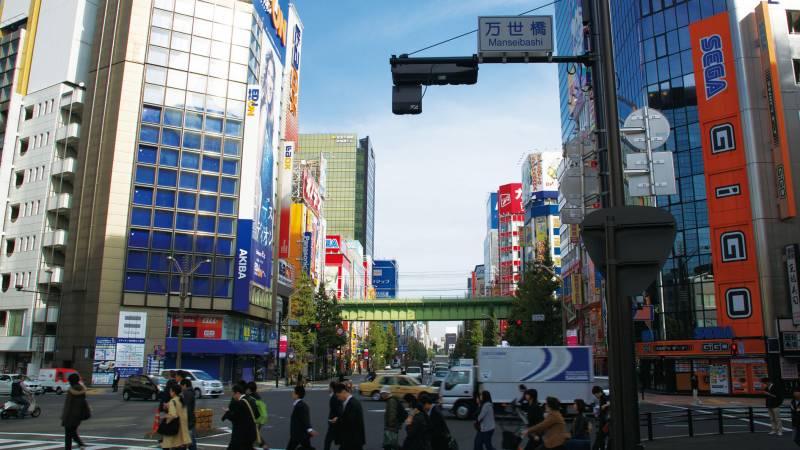 from USD $58.44
Get an overview of Tokyo on a 3.5-hour morning sightseeing tour of the city’s cultural and shopping highlights. This fast-paced tour is great for those who are short on time. With a guide who provides full narration during the tour, visit attractions like Tokyo Tower, Asakusa Kannon Temple and stop for photos outside the Imperial Palace. Entrance fees are included.
BOOK WITH CONFIDENCE: As members of ABTA and ATAS we are 100% financially bonded. You can book your day trip with us in absolute confidence, no matter where in the world you are.

Once booked, this trip is fully non-refundable

“
On our second day in Tokyo, we decided that some kind of “big” tour would be advisable, just to get oriented to a broader area of the city. So this one was perfect not only because it was over by 12:30 pm and left us by the Tokyo Station, but also because the bus took us to two central locations (the Tokyo Tower and the Imperial Palace site, to walk outside), and then to one major site farther out from the center, the Asakusa Kannon Temple, not just the holy site but also the extremely busy market streets all around. An added bonus was that the bus tour allowed us to see, from the bus as we moved back inward, a broad range of neighborhoods, from the Ueno Station (where we would later return several times to visit the museums and the zoo), the Akihabara shopping area and inward to Nakamise. Our guide, Junko, was truly superb, with a very colloquial English and very clear instructions about meeting, times, etc. She also provided an enormous amount of historical and social information about Tokyo as we moved about the city. One extraordinary treat for us, at the Tokyo Tower, was to be able to see off in the distance VERY clearly Mount Fuji, and to get some very nice picture of it. Junko was over the moon about this since the visibility is rarely as clear as this. The Imperial Palace portion was mainly a nice walk, since there are only a very few locations on the Palace grounds that one can enter, and that was not part of the tour, thankfully. The Asakusa Temple visit was really an eyeful, not just at the very crowded temple site itself, but the throngs of people in the streets all around. We got off the main streets to explore a bit, and even found a gelato store, but were almost late for the bus! In any case, we found ourselves on Sunday noon at the main train station, but near the open Post Office, and near several shopping centers where we found a food court and lots of activity as well. All in all, this tour was exactly what we wanted.”
c_stivale • Submitted 03 Jul 2019

“
If you have limited time to go around Tokyo, this is one tour worth going... had a glimpse of some wonderful places Tokyo can offer - from amazing city views in Tokyo tower to the serenity of Imperial palace and the rich culture of their temple and shine... Enjoyed every minute of it...”
Leilani P • Submitted 03 Jul 2019

“
Great tour! Went to Tokyo Towers, the Imperial Palace, and Senso-ji Temple Asakusa. While on this tour, you receive a sightseeing bag, which was great. You have the option of returning back to starting point or staying at Asakusa. I opted to stay because it was one subway ride away from the Skytree. I definitely would recommend this tour as an introductory tour to Tokyo.”
amann1913 • Submitted 26 Apr 2018

“
Amazing tour. Done by noonish, so you can still do another activity in the afternoon.”
Jose B • Submitted 28 Dec 2017

“
For a half day tour, we were able to see and visit Tokyo's top tourist spots. Commendable.”
Carmen D • Submitted 17 Nov 2017

“
A good trip if youre short of time With not much time to spare this was an excellent introduction to some of Tokyos highlights. The guide was good so sorry, but I cant recall your name and we had time to explore by ourselves. The highlight for me was the visit to the Asakusa Kannon temple notwithstanding there being so many sightseers.”
anildrnayyar • Submitted 26 Sep 2017

“
Great overview of Tokyo for first time visitors or people with limited time in the city. We opted to leave the tour at the end and explore on our own, rather than taking the bus back to the starting point.”
Kelly M • Submitted 30 Jul 2017

“
It was a great. We just had half day in the morning and the flight at 4:50PM. They finished the Tour exactly with the time they said they would finish. We got to see all the wonderful Tokyo Tour. The guide was also excellent and give us a history of Tokyo on the Tour and they took us to all the places mentioned. We were very happy with the tour.”
tokyo • Submitted 17 Mar 2017

“
Nice way to spend the morning getting to see the city, hear some history, and do a little bit of exploring on my own. The guide spoke English very well and was well informed. I highly recommend this tour!”
SUSAN M • Submitted 19 Feb 2017

“
This tour is the perfect thing to do at the start of your time in Tokyo or if you're pushed for time. Views from the Tokyo Tower are great - we had clear weather, and the Place and Temple are fascinating. The guides and tour itself are all very well run.”
Michael • Submitted 06 Feb 2017

“
Our tour guide Yume was very knowledgeable and friendly. She explained everything on the tour, as well as answered our many questions. Everything was timed perfectly - the amount of free time to go through the shopping street was appreciated also. We would definitely use this company again and request Yume as the guide if we could!”
Michael M • Submitted 27 Jan 2017

“
A great way to spend limited time seeing more of Tokyo. Fast-paced. The tour guide was excellent. i recommend you arrive early at the location where the tour departs it was crowded and chaotic -- not extremely well organized . . . but once we were on the bus and the tour got started, we had a great time!”
Kelly A • Submitted 27 Oct 2016

“
Tour was very efficient if you only have a short amount of time in Tokyo. Hit three popular sites and got to see more of the city on the drive between sites. Very minimal walking. Very knowledgeable guide and would strongly recommend to others.”
Kyle L • Submitted 23 Jun 2016

“
Our guide was named a name that sounded like Tokyo. She said it meant first-born. Anyways, she was awesome and so was the tour. Fast paced enough that you saw a lot in a short period of time and didn't have time to get bored.”
Bethany M • Submitted 06 Jun 2016

“
The tour was very efficiently run, the guide was knowledgeable and very charming.”
claudine d • Submitted 04 May 2016