Good morning Vietnam! Upon arrival at Hanoi Airport you will be met and transferred to your city centre hotel. Known as the ‘Paris of the Orient’, Hanoi is the charming capital and cultural heart of Vietnam. Spend the remainder of the day at leisure.
Overnight: Hanoi

Hanoi – Mai Chau. This morning we head to Hoan Kiem Lake which is the very heart of the city. Residents of Hanoi congregate around the lake early each morning to partake in Tai chi, aerobics and other light exercise. Take a stroll around the lake before tucking into a traditional Vietnamese breakfast (Pho) at a cafe boasting marvellous views of the lake. Drop by a local coffee shop to observe how Hanoi locals enjoy sipping Vietnam bitter sweet coffee at Cafe Giang, the oldest cafe brand in Hanoi since 1946, it is well known for Cafe Trung, or Egg Cafe, which is something like a Hanoi Cappuccino with the option to try one yourself, or perhaps opt for a truly unique cooking experience instead.

In the afternoon, we travel through local villages en route to Mai Chau. Located in the beautiful valleys surrounded by rice terraces, are the small villages of the White Thai and Mai Chai people, known for their stilt houses and stunning scenery. On arrival, we have some time to freshen up before dinner.
Overnight: Mai Chau  |  Breakfast, Dinner

Mai Chau – Hanoi. We wake up to the sounds of the roosters this morning and have some free time for a peaceful stroll through the countryside. Return to the hotel for breakfast before we mount our bikes and explore the daily village life of the Thai ethnic minority people, passing the regions villages, interacting with the locals. This afternoon we return to Hanoi, where we have the evening at leisure.
Overnight: Hanoi  |  Breakfast, Dinner

We have some time to freshen up this morning before driving to Halong City (approx 4 hours), stopping for refreshments en route. At UNESCO Listed Halong Bay limestone peaks and forest clad islets, hidden coves and beautiful beaches await discovery! Board your Junk boat and cruise to the famous islands of Halong Bay, exploring the grottoes. There is a chance to explore more this stunning area by sea kayak. Back on board we enjoy a cooking demonstration as we continue to cruise down the bay.
Overnight: Halong Bay - Junk boat  |  Breakfast, Lunch, Dinner

Halong Bay – Hue. Wake up to see a spectacular sunrise over the bay! This morning cruise through the stunning rocky islands emerging from the crystal-clear waters. After brunch we make our way back to Hanoi stopping en route in Dong Ho Village, famous for its long-preserved art of making pictures. We’ll visit a studio in village, where you can watch the procedure of carving and printing these paintings and learn about the local folk tales represented in the paintings. Onward to Hanoi Airport for our evening flight to Hue in central Vietnam, where upon arrival we are met and transferred to our hotel.
Overnight: Hue  |  Breakfast

The Imperial City of Hue

Hue was the Vietnamese capital during the Nguyen Dynasty 1802-1945 and ruins of the city’s regal past can still be seen inside the Citadel and the Imperial City. Created in the 19th century, the Imperial City was modelled on the Forbidden City in Beijing and holds many palaces and temples inside its giant walls. Many of the buildings were damaged by French aerial bombing and the Tet Offensive in 1968. Now it is slowly being restored thanks to generous funding by UNESCO.

Your tour begins after breakfast with the ancient walled Citadel containing the former Imperial Palace. Spend the morning wandering through the enclosure before travelling into the surrounding countryside to see the final resting place of the Emperors at one of the most impressive Royal Tombs. Spend the afternoon and evening at leisure.
Overnight: Hue  |  Breakfast, Lunch

Walking tour of Hoi An

Hue - Hoi An. This morning, continue south to the riverside town of Hoi An. The five hour trip hugs the coastline along the South China Sea with breathtaking views particularly as the road winds its way up Hai Van Pass (“Pass of the Clouds”). From the 16th to 18th centuries, Hoi An was a thriving international commercial port for Chinese, Dutch, French, Japanese, Portuguese and Arab merchants. Today, Hoi An is a quaint riverside town, renowned for its silk and popular with tourists for its eclectic architecture, tailors shops and numerous cafes. Some of the buildings in the narrow streets have remained unchanged for more than a century and much of the town is now heritage-listed.

Walking tour of Hoi An
Day 8

Free day in Hoi An

Spend a day at leisure on the beach or having clothes made by one of the expert, inexpensive tailors that Hoi An is famous for. In the evening, you might want to stroll Hoi An's romantic, silk latern lit streets and dine in one of its fantastic riverside restaurants.
Overnight: Hoi An  |  Breakfast

Hoi An - Nha Trang. On day 9 transfer to the airport in Danang and fly to the coastal resort of Nha Trang. Upon arrival, you will be met and transferred to your hotel. Spend the remains of the day at leisure. Nha Trang is a popular coastal resort in central Vietnam, with 7kms of white sandy beach and pristine waters surrounded by archipelagos and mountains.

Day 10. A day of leisure and indulgence as we cruise through blue clear waters amongst the islands off Nha Trang. We take drive to Cau Da port where we will embark on our boat. We cruise to visit the Tri Nguyen Aquarium, a small world of many sea species of local province at Mieu Island. We will then head out to Mun Island where you have the chance for swimming and optional snorkelling in the crystal clear waters. Lunch stop is at the fishing village of Lang Chai where there is time to explore further before boarding the boat back to Nha Trang harbour.

Spend day 11 at leisure. The resort is ideal for scuba diving, snorkelling or simply relaxing on the sandy beach. Sample some of the delicious seafood in some of the many restaurants and perhaps enjoy a spot of retail therapy at Cho Dam Market.
Overnight: Nha Trang  |  Breakfast x 3, Lunch x 1

Nha Trang - Ho Chi Minh City. In the morning on day 12, transfer to the airport and fly to Ho Chi Minh City. Upon arrival, you will be met and transferred to your hotel. Spend the remains of the day at leisure in this lively and cosmopolitan metropolis with its gleaming sky scrapers, expensive restaurants, bars and designer shops, which stand in stark contrast to the ancient pagodas, colonial era landmarks and ramshackle markets.

On day 13 take a morning excursion to the Cu Chi Tunnels, north west of the city. This immense network of connecting underground tunnels, were used by the Viet Cong and one of the famous battle grounds in the Vietnam War. Watch a short introductory video on the construction of the tunnels before exploring the maze of tunnels, accompanied by the guide. Also on display are various mantraps and the remains of an American tank as well as numerous bomb craters made by 500-pound bombs from B52 bombers.

Returning to Ho Chi Minh City at around 2pm, stop for lunch before visiting some of the city's major attractions including the Reunification Palace, Notre Dame Cathedral (from the outside as renovations are taking place) and the War Remnants Museum.
Overnight: Ho Chi Minh City  |  Breakfast x 2, Lunch x 1

Enjoy a cruise on the Mekong Delta today! Ben Tre is famous for its coconut production and quiet, peaceful waterways. Here we enjoy a traditional sampan boat that will take us to visit a brick making shop, a fruit garden and a local family where rice paper made. This afternoon we return to Ho Chi Minh City.
Overnight: Ho Chi Minh City  |  Breakfast, Lunch

After breakfast and hotel check out, included transfer to Ho Chi Minh City airport for your onward flight.
Breakfast

If you prefer not to travel as part of a group to Vietnam, our private journeys allow you to get off the beaten track and travel at your own pace on a holiday tailored exclusively to the needs of yourself and your family or friends.

Our experienced English-speaking guides will be there to guide you around each of Vietnam's key sites and our local representatives will also be on hand to give any further assistance you require. 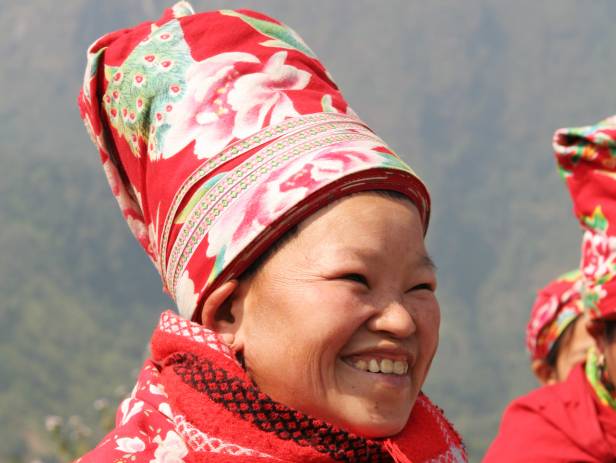