The waterways of Suzhou itself feed a series of classical gardens, laid out here since the Song dynasty over a thousand years ago. They are justly famous across China. Several major gardens of the time have now been restored to their former glory, along with a number of smaller ones. For the most part, Suzhou’s gardens are not known for their size but their delicate designs, containing hills and ponds, terraces, corridors, towers, and almost everything particular to a Chinese imperial garden. The Humble Administrators Garden is perhaps the most famous. Though, at 40,000 square metres, with three linked sections that comprise small lotus ponds, pavilions, islands, bridges and open space, there is nothing humble about the design. 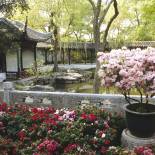 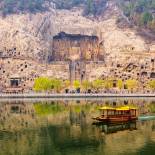 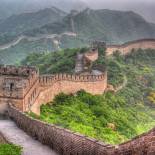 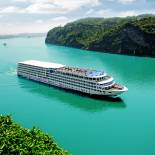