Over 20 years of experience

For over 20 years, we’ve been helping our travellers discover the delights of Egypt on Tailor-made holidays, and during this time, we have become experts at it. From the giant Pyramids of Giza, iconic Valley of the Kings, Karnak Temple and Luxor Temple - best visited at night, to hidden gems such as the Dendera complex and the tucked away cave Church of St Simon, we know Egypt inside out. Our tailor-made itineraries are designed just for you, helping you discover the very best sites whilst staying at carefully selected hotels and Nile river cruises which you’re bound to love.

Whether you’re travelling solo, with a partner, family, extended family or as group of friends we’ll customise your arrangements to suit your exact needs and budget. These itineraries are customised to your travelling party where you won’t be joining other travellers like you would on a group tour. Just tell us what you’d like to see and when you’d like to go, and we’ll design the perfect Egyptian holiday for you. If you are looking for inspiration and aren’t quite sure of what you want to do, that’s no problem either! One of our experienced Tailor-made travel consultants can make suggestions then together you can tweak them until it’s the perfect fit.

If you're thinking of visiting Egypt in 2023 or 2024, check out our Best Time to Visit page for information on the weather and forthcoming events so you can choose when works best for you.

Here you’ll find our favourite Tailor-made holiday itineraries to Egypt and beyond. Each can be booked as shown or customised as you desire to include heritage properties, once in a lifetime experiences or time spent in your bucket list locations – but we’ve always found that these routes are a good place to start! Whichever you choose, we know your Tailor-made holiday to Egypt’ will be a trip of a lifetime.

PREMIUM PRIVATE TOUR: Discover the amazing highlights of Egypt, from the Pyramids and pharaohs to...

PREMIUM PRIVATE TOUR: Cross the Tropic of Cancer, cruising Lake Nasser from the spectacular temple of...

We couldn't have been more pleased with Aamer! He was incredible!”

Sherif was knowledgeable and full of fun. I appreciated his flexibility during the tour and his willingness to share his knowledge as well as provide me with opportunities to simply enjoy Cairo. Sitting in a cafe with coffee I was able to ask loads of questions, get to know Sherif, and experience the culture of Egypt. I would tour with Sherif any time!

Hazem met me in Aswan and we toured several sites, spent two days on a felucca. Hazem was a terrific guide. Extremely knowledgeable with an easy manner and calm approach. On the felucca, I was the only guest with 3 men and I always felt safe and comfortable. I had a wonderful time.

Abdo guided me through the Valley of the Kings and Luxor. He was well prepared and knowledgeable. He provided wonderful recommendations that enhanced my trip. I was grateful to have such a wonderful guide.”

We were on a tailor-made tour of Egypt and Jordan in August-Sept of this year that included our daughter, son, and daughter-in-law along with us and wanted to make sure you know how happy were were with our tour guides in both counties.

We were given review papers to fill out when we left both both Egypt and Jordan, but we don't feel we had enough time to fill them out properly since they were given to us as we were preparing to leave each country.

Our Egyptian tour Guide, Medo (Ahmed) was wonderful. He loves Egyptian history and I loved the way his eyes would light up when he was telling about what we were seeing. He went above and beyond when one of our family members was being cheated by a local and demanded that money be returned. We felt totally comfortable asking him anything about Egyptian history, people, religions, politics and because of this we learned so much more about Egypt.

We had a great time with our Jordanian guide, Ghadan, also. Since the main reason for visiting Jordan was to see Petra, having a tour guide from the Petra area was a real bonus, since he was so knowledgeable about local customs. And like our other guide we could ask him anything, and because of this we learned so much about Jordanian culture. We have so many interests when we travel and Ghadan made sure we saw it all. We felt like Ghadan was having as great a time showing us his country as we were being there.

We would also like to mention our driver, Issa, who was with us through all of Jordan also. It isn't to often that we get an English speaking driver, so it was a real bonus being able to learn about Jordan from him too.

Thank you for a great tour. ”

A classic holiday itinerary to the land of the Pharaoh's includes key sites of ancient Egypt - the giant pyramids at Giza and historic Luxor with iconic sites such as the Valley of Kings, Karnak Temple and Luxor temple, best visited when it's illuminated at night. Further south in Upper Egypt, is Aswan on the banks of the Nile, and gateway to the temple of Abu Simbel, undoubtedly one of Egypt's biggest draw cards. Nile cruising is a popular too as are the Red Sea resorts of Hurghada and Sharm-El-Sheikh. 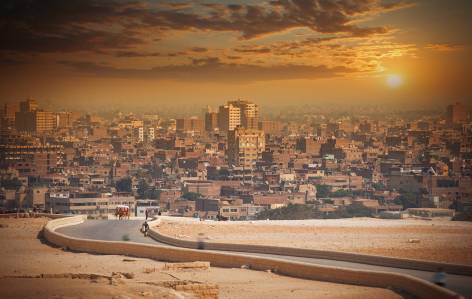 As the capital of Egypt, Cairo boats a number of worthy attractions. At the top of the list are the legendary... 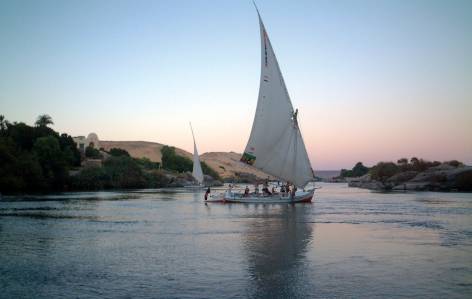 Simply constructed, feluccas are traditional sailboats that have been navigating the Nile for centuries. Our... 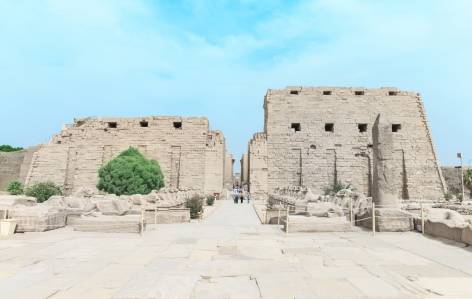 Breathtaking in both size and complexity, Luxor is described as the "world's greatest open-air museum" and... 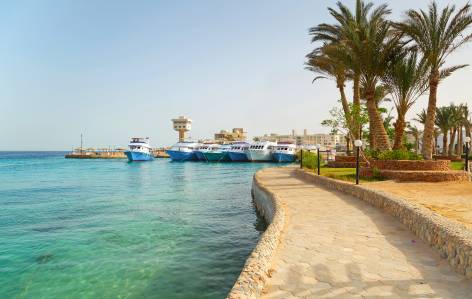 With pristine white beaches and impossibly beautiful turquoise water, which laps gently at the shore, it is... 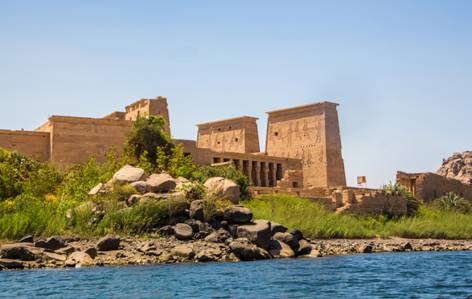 Egypt's southernmost city, Aswan occupies an enviable position on the First Cataract of the Nile, where the... 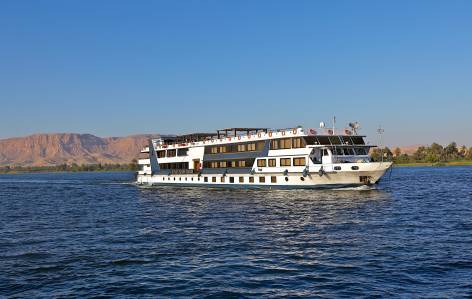 Generally regarded as the longest river in the world, the Nile has played a critical role in Egypt's history... 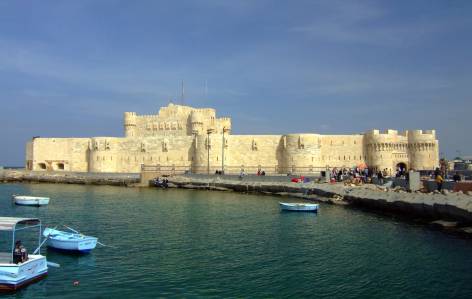 Situated on the Mediterranean coast, in the North of Egypt, Alexandria is one of the country's biggest and... 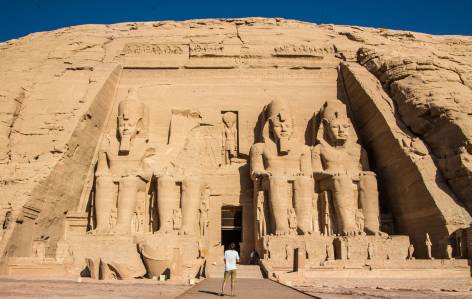 Home to some of the most staggeringly impressive and intricate rock carvings in the country, and possibly the...

Explore Egypt with our interactive map