Asia is a continent overflowing with national parks, all holding diverse and sublime landscapes. These national parks can be enjoyed in a number of ways, whether heading out a trek through the Himalayas or jumping in a jeep to go in search of wildlife. With so much beauty to be discovered, it can be difficult to know which one will suit what you’re looking for. To help with your difficult decision, we’ve pulled together a selection of the best national parks in Asia. 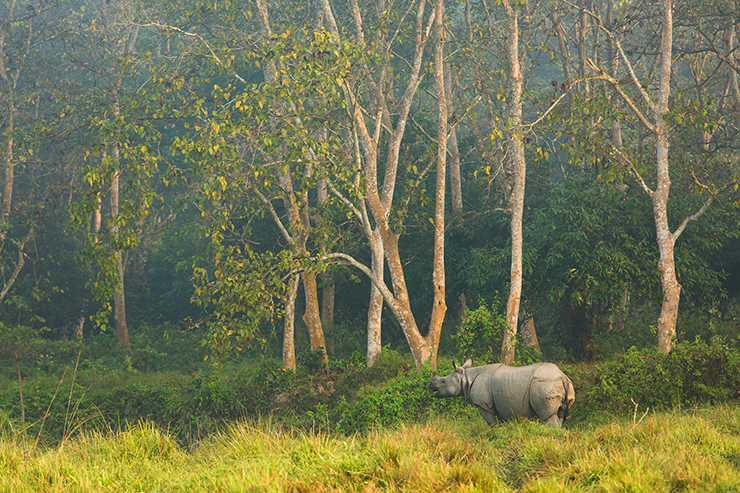 Chitwan translates to ‘heart of the jungle’ and it certainly is a haven of undisturbed natural beauty. A wildlife oasis, this UNESCO site is where rhinos, tigers, monkeys and elephants roam free. The most sought after wildlife encounter of your time in Chitwan is likely to be the single-horned Asiatic rhino, spotting it’s grey armour amongst the verdant green forest. With over 545 species of birds, it’s also a wonderful place for twitchers.

Over the years it has been transformed from a hunting ground for the Nepalese prime minsters into a rhino sanctuary in 1962 and ultimately a national park in 1972. It’s an incredibly successful case study of how to prevent poaching. Up until April 2017, no rhinos were killed at the hands of poachers in Chitwan for 1071 days. It’s an exhilarating venue to experience Nepal’s wildlife, whether by jeep or walking safari. 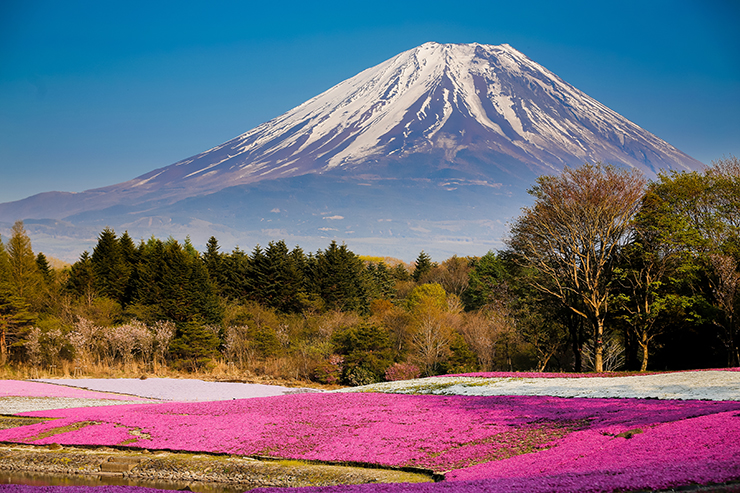 Fuji Hakone Izu National Park is located close to Tokyo. The calm peaceful atmosphere of the park is a pleasant change in pace from the futuristic capital city. Mount Fuji is the area’s crowning glory and an iconic image of Japan. Its beauty has inspired writers and artists for centuries. The country’s highest peak, it certainly is a physical challenge to climb the barren landscape to the top. Although, it’s well worth the leg work for the sense of achievement.

However, if demanding hikes aren’t for you there is still plenty to enjoy. You can take a boat trip across Lake Ashi and visit the Izu Peninsula region for the beaches, rugged coastline and hot springs. The Springtime Fuji Shibazakura Festival, also known as the Phlox Moss, is a great time to visit, the vibrant hot pink moss covering the park between 15th of April and 28th of May. 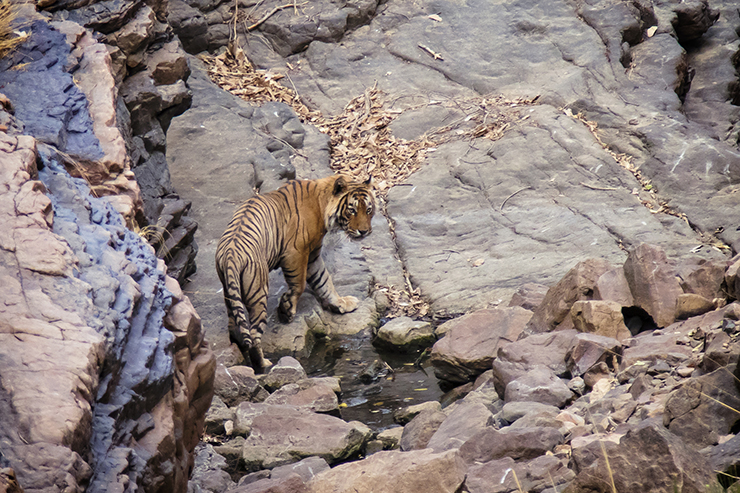 Ranthambhore National Park is one of the best places in the world to see the elusive Bengal tiger prowling through its natural habitat. Any time spent here feels as if you have dived headfirst into the pages of Rudyard Kipling’s ‘The Jungle Book’. The jungle is a wild, beautiful and evocative setting for a tiger safari – hearing a snap of branches and finding a paw print in the mud before spotting the orange fur striped with black through the undergrowth.

In the centre of the park is the Ranthambhore Fort dating back to the 10th century. This crumbling fort, surrounded by ancient temples and mosques, is a regular hangout for the cats of the park. It’s a fantastic backdrop for your safari photos making Ranthambhore also one of the most photogenic places to see tigers. However, it’s not just tigers you’ll be photographing whilst on a safari. Keep your eyes peeled for leopard, sloth bear, sambar, striped hyena and peacocks. 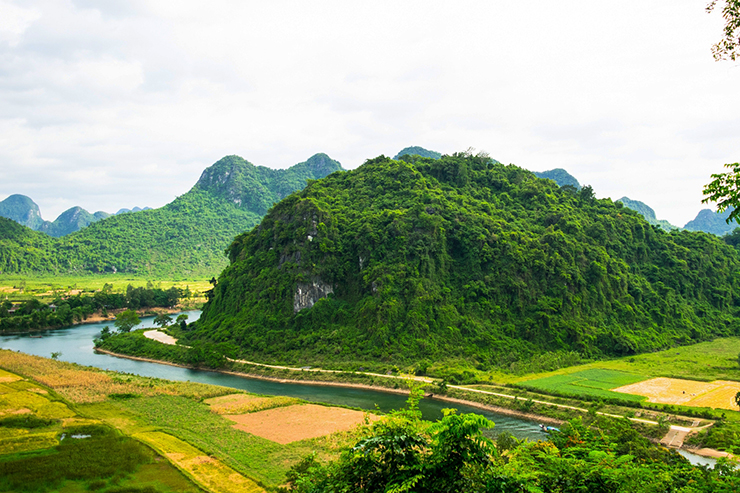 Nicknamed as Vietnam’s last paradise, Phong Nha-Ke Bang is an expanse of untouched jungle, hidden caves and a maze of underground rivers. This karst mountain landscape dates back some 400 million years. It’s home to Hang Son Doong, the world’s largest cave big enough to fit a New York City block. A spectacular sight discovered in the early 1990s, it has attracted adventure seekers ever since.

With a cable car leading to the entrance and the flurry of subsequent visitors yet to materialise, if you make it Hang Son Doong you’ll feel as if you are one of the first to discover it. However, there is a wealth of other activities to keep you occupied for days in the Phong Nha-Ke Bang area. Cycling the Bong Lai Valley, soaring into Hang Toi on a zipline and hiking the jungle are just a few. 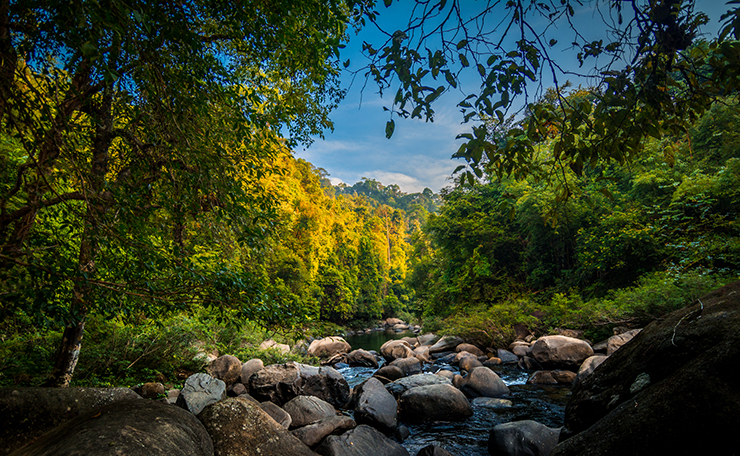 While Thailand is famous for its beaches, Koh Sok National Park is one of the country’s true natural wonders. Dating back 160 million years, this prehistoric rainforest is incredibly diverse with towering limestone formations, tumbling waterfalls and hidden caves.

This rugged mountainous terrain is a paradise for hikers, the paths and routes making it easy to explore on foot. Travelling along Sok River on a canoe is a marvellous way to take in the scenery and spot the wildlife of wild monkeys, kingfishers and snakes. One of the highlights of the park is the man-made Cheow Lan Lake. Here you can spend the night in one of the floating raft hotels, surrounded by the limestone karats and waking up to the noises of the rainforest. 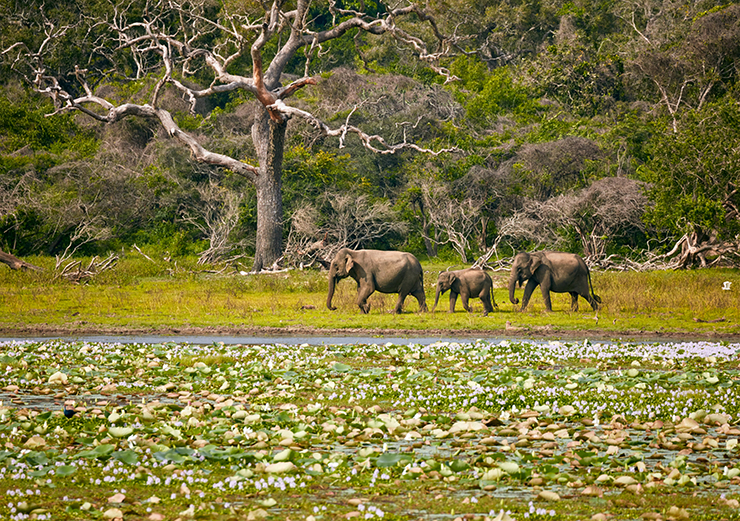 Sri Lanka is full of national parks, all of them jam-packed with wildlife. This means in some of the more well-known ones, you can encounter a traffic jam of jeeps surrounding a leopard. However, as Gal Oya is one of the country’s least-visited it makes for an intimate and wild safari experience. The mix of evergreen forest and savannah is centred around Lake Senanayaka Samudra. It holds 32 species of mammals, from leopard and sloth bear to elephant and buffalo, and 150 breeds of birds.

Gal Oya is unique in that it’s the only national park in Sri Lanka you can enjoy a boat safari. Head out on a canoe to spot elephants as they come up to the waters edge for a drink. The best time to spot herds of elephants swimming from one island in the reservoir to another is from March to July. 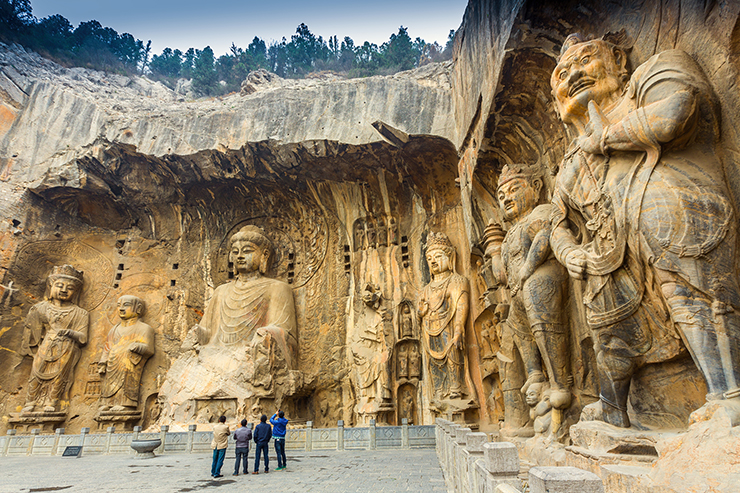 Longman National Park holds the largest and most impressive collection of Chinese art devoted to the Buddhist religion. Longman Grottoes showcases the pinnacle of Chinese stone carving, created during the Northern Wel Dynasty back in the 6th century. Tragically over the years, many of these remarkable statues were beheaded, their faces beaten off or simply taken away whole. However, 100,000 statues and images of Buddha spread out across 1,300 caves still remain to be marvelled at today.

The surviving masterpieces are spread across the west and east sides of the river. This includes the Fengxian Temple housing the 17 m high statue of Vairocana, sitting cross-legged in the eight-square lotus throne the friendly smiling face looking down on you. The Guyang Cave is the oldest cave with carvings dating back to 478 AD. 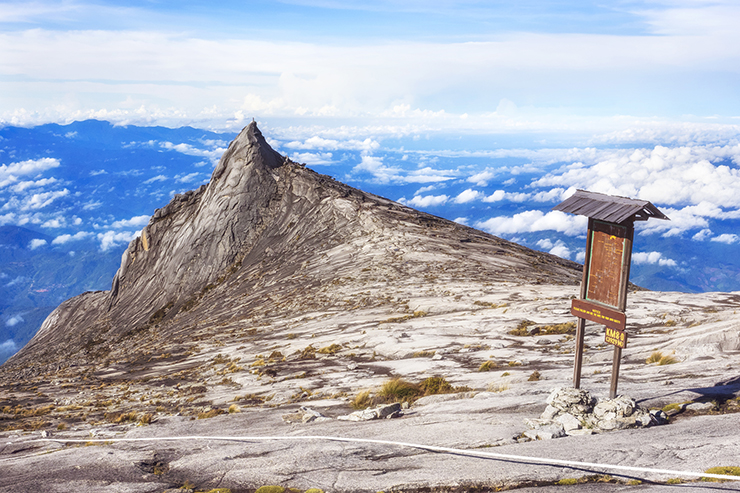 There are many things that make Kinabalu National Park one of Asia’s best national parks. However, the main attraction has to be the soaring Mount Kinabalu, the highest point between the Himalayas and New Guinea. Thousands make it to the 4,095 m summit each year, climbing the jagged granite peaks that slice through the clouds. Many people spend two days summiting, heading up on the last day at 2 am to watch the sunrise from Low’s Peak and enjoying the views of the rest of Kinabalu Park on the way down.

The peak of the mountain is a site of incredible cultural importance to the local tribes. They believe it to be the ‘revered abode of the dead’ and where the spirits of their ancestors live. Kinabalu National Park is a biological treasure trove, with more than 5,000 species of plants in the jungle including thousands of orchids. Thankfully it became a UNESCO site in 2000, ensuring its protection unlike much of Borneo’s forest which has been devastated by palm-oil plantations. 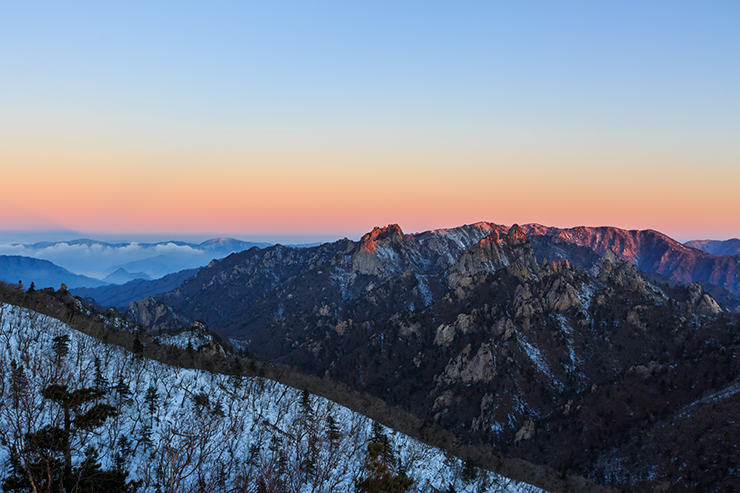 Despite being a country on the slightly smaller side, South Korea has a staggering 22 national parks. However, the most iconic and beautiful absolutely has to be Mount Seoraksan National Park. The karst mountain range, dense pine forest, plunging waterfalls and hot springs make this national park arguably one of the most magnificent areas of South Korea. The landscape comes alive in the autumn with the changing colours or rich reds and golden yellows. It’s the perfect place for those looking for an outdoor adventure, who want to explore untouched and dramatic nature.

The mountain range is the backbone of the park, centred around Seoraksan Mountain which translates to ‘snowy crag mountain’. Daecheongbong peak, the highest of the mountain range, is an amazing place to watch the sunrise. Another essential area of the park is the rock formations of Cheonbuldong Valley which resembles a line of Buddha statues.

This is jewel of Bhutan is named after King Jigme Dorji Wangchuck who was responsible for opening the door between Bhutan and the rest of the world. While it’s not easily accessible, those who make the effort will be rewarded with extraordinary views and wonderful wildlife. It’s the only place in the world you’ll find both the Bengal tiger and snow leopard. Other fauna includes the red panda, the Himalayan blue sheep and, of course, Bhutan’s national animal, the takin.

The size is absolutely staggering, covering 4,316 km² and reaching altitudes of 7,000 m above sea level at its highest and 1,400 m at it’s lowest. The park covers a diverse part of the Eastern Himalayas. It’s nicknamed a trekkers paradise with paths leading keen walkers through alpine meadows and past snow-capped mountains.

Feel inspired to head out on an adventure to these national parks? Check our group tours to the Far East, Southeast Asia and the Indian Subcontinent.