Less visited than popular neighbours South Africa and Tanzania, Mozambique is well off Africa’s tourist track. But with its white sand beaches, azure waters and astounding marine life, it certainly won’t be this way for long.

Those who venture to this magical country have a variety of adventures and sights in store. But if you still need convincing, here are our top six reasons to visit Mozambique. 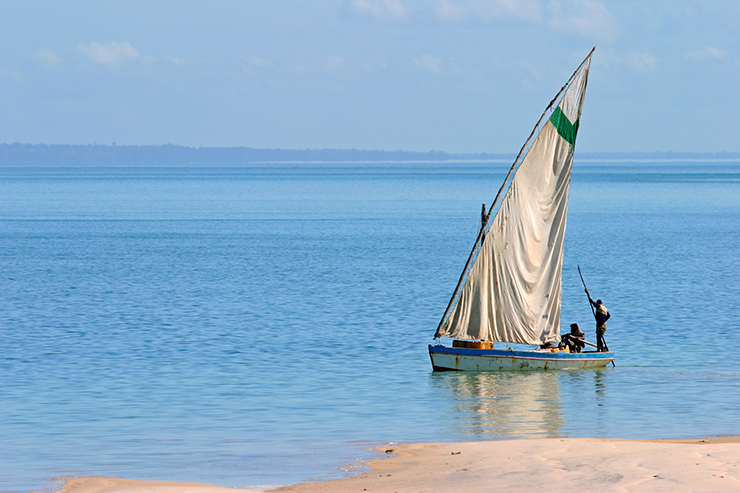 1.) You can Island Hop the Bazaruto Archipelago

Lying just off the coastal town of Vilanculos are the six idyllic islands of the Bazaruto Archipelago. Seemingly a paradise on earth, their pristine white sands and turquoise waters rival those of the Maldives or Seychelles. And thanks to their unique habitats and species, the archipelago was declared a Marine National Park in 1972.

These tropical isles boast some of the best diving in the world. Dolphins, humpback whales, turtles, manta rays and more call their waters home – so a dive or snorkel is a must.

The archipelago also supports groups of local fisherman and their families. And the best way to explore these stunning isles is aboard a dhow – the traditional sailing boat of the region. Time your trip with the sunset for a truly unforgettable island hopping experience. 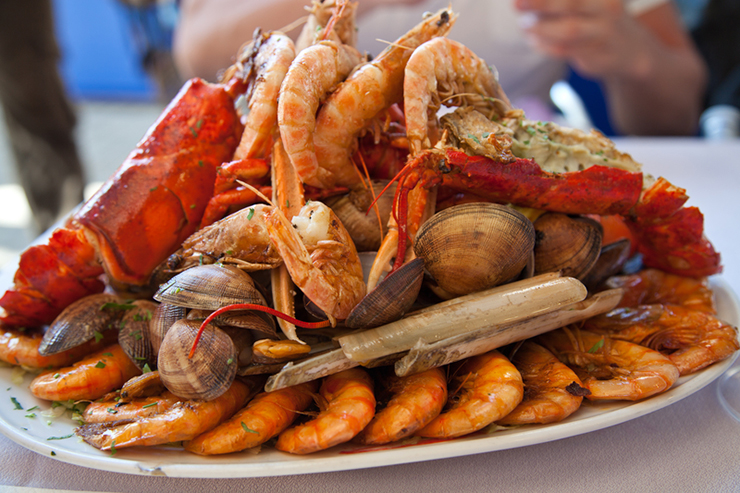 After centuries of colonisation by the Portuguese, Mozambique has developed an interesting and flavoursome cuisine that’s famous across Africa. The country’s use of spices came from Portugal. However, due to its long coastline and rich fishing grounds, Mozambique is also home to some of the most delicious fresh seafood.

The country’s shellfish is considered by many to be the best in the world. And one of Mozambique’s best-known dishes is peri-peri-style shrimp or prawn. As seafood is so abundant and cheap, it also forms a large part of the local diet and one typical dish is a seafood stew known as Matata. Usually made with clams in a peanut sauce, this is one of the few dishes without Portuguese influence. 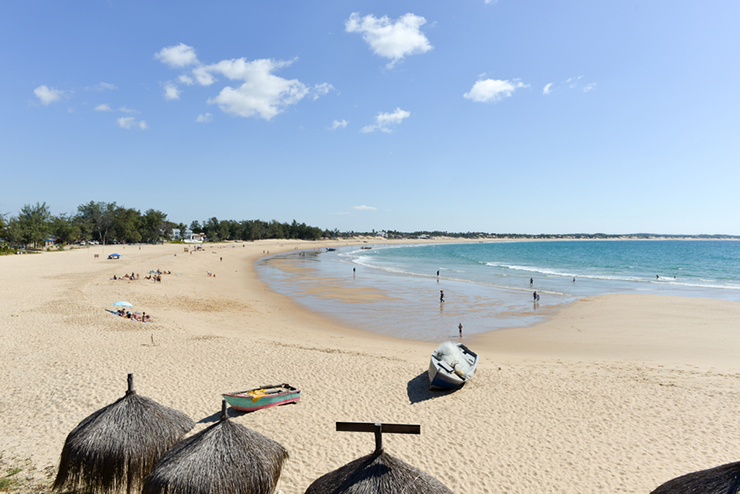 Mozambique’s coastline stretches for kilometre after kilometre, with coconut palms and white sands fronting the blue Indian Ocean. Located in the country’s south, the charming town of Inhambane is not only one of the oldest coastal settlements, but also the gateway to some of Mozambique’s finest beaches.

Two of the best are Tofo and Barra. Tofo is the busier of the duo, with its magnificent sands running in a long arc and azure waters offering fantastic diving and surfing. In contrast, the Barra Peninsula is much quieter, and ideal for honeymooners or a family holiday.

Mozambique’s coast also holds centuries of colonial history. And south of Inhambane you will find Praia de Zavora – a bay that was once a well-known slave trade centre. 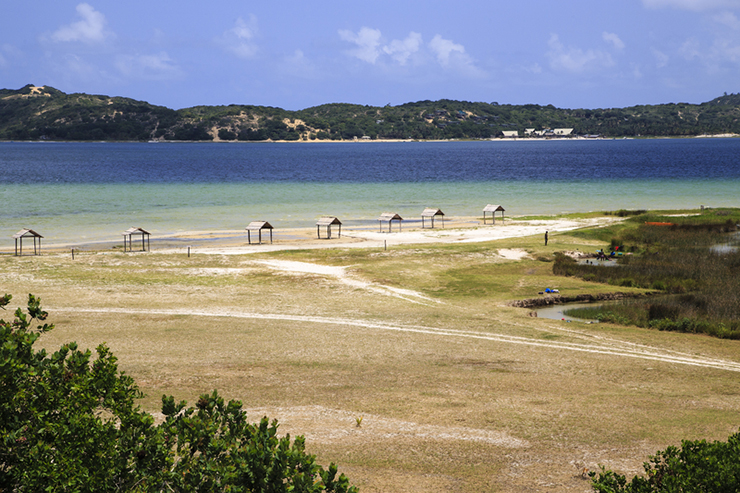 4.) You Can Visit the Uembje Lagoon

Not far from the capital Maputo is the quaint beach town of Bilene and the famous Uembje Lagoon. Stretching 27 kilometres long and 8 kilometres wide, this vast expanse of water is separated from the open ocean by a narrow sand bar and dunes. However, unlike most of Mozambique’s other coastal lakes, Uembje Lagoon gets regular intakes of seawater via a narrow channel to the Indian Ocean.

The lagoon’s shallow shores are surrounded by gorgeous white sand beaches. And with the dunes offering protection from the ocean winds, there’s a variety of activities and water sports on offer. Whilst you can swim, kayak or snorkel, birdwatchers will be particularly thrilled by the flocks of pink flamingos.

5.) You Can Experience its Authentic Culture

Although Portuguese is the official language, Mozambique is home to a variety of ethnic groups speaking in around 40 different tongues. The country has a rich heritage and traditional ways of life are well-preserved within each local culture. Traditional customs have been passed from generation to generation and, although they differ between regions, song and dance are an important part of most.

A well-known local ceremony in northern Mozambique is the mapiko dance of the Makonde people. Here, the men wear carved wooden masks and cover themselves with cloth to represent spirits. In contrast, the ‘hopping dance’ of the Makua involves men dancing on stilts and the ‘hunting dance’ of the Chopi features dancers dressed in animal skins. 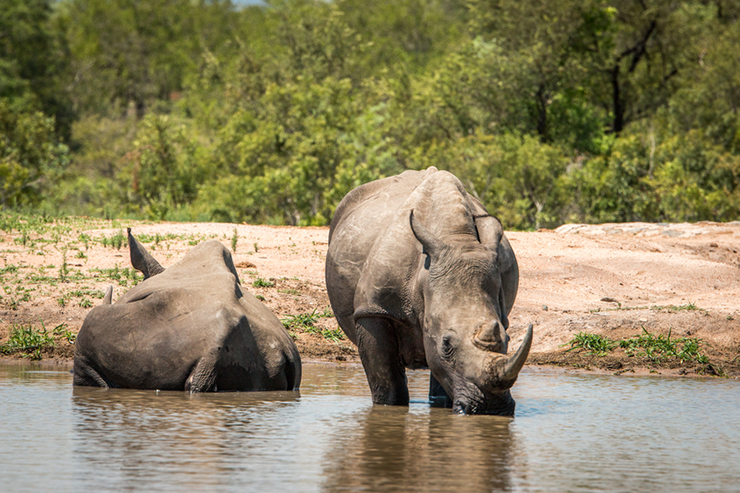 Just next to Mozambique is the largest game reserve in South Africa. Covering nearly 2 million hectares of land, Kruger National Park is larger than Israel. And as one of the world’s premier safari destinations, the park is home to all of Africa’s iconic wildlife. Lion, cheetah, leopard, rhino, giraffe, hippo, buffalo, zebra and elephant all roam Kruger’s savannas – in addition to 137 other mammal species and over 500 types of bird.

The park stretches for 352 kilometres from north to south along the Mozambique border. And thanks to this close proximity, Kruger is easy to incorporate into a traveller’s itinerary for Mozambique. So if you’re looking for a safari and beach combination, Mozambique is your ideal destination.

Inspired to visit Mozambique? Check out our Mozambique Adventure tour – we visit the Bazaruto Archipelago, Uembje Lagoon and more.

One comment on “Six Great Reasons to Visit Mozambique”