Easily Italy’s most iconic structure, the Colosseum draws around 4 million visitors to the city of Rome every year. But how much do you really know about it? Here are 10 facts about the Colosseum you might not have heard before. 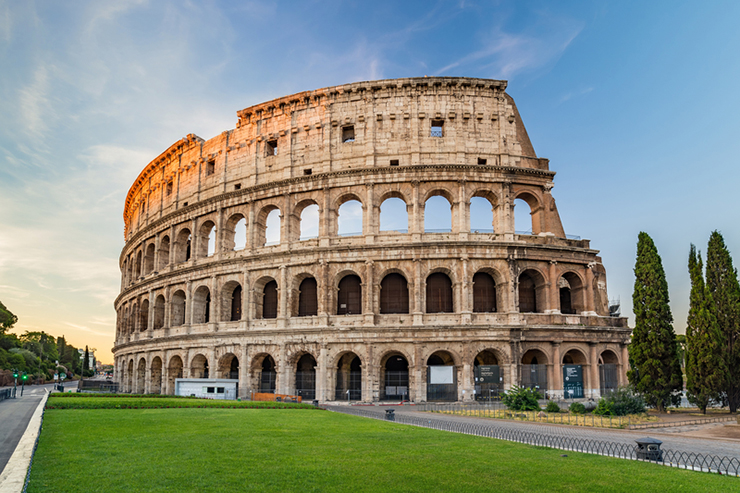 1. Built between 72 AD and 80 AD, the Colosseum consists of stone and concrete. It was constructed by tens of thousands of Jewish slaves under the rule of Emperor Vespasian.

2.  Measuring 189 metres long, 156 metres wide and 50 metres in height, the Colosseum is the largest amphitheater in the world.

3. The Colosseum could seat around 50,000 spectators for a variety of events. These included gladiator contests, animal hunts and re-enactments of famous battles. There were even mock sea battles as they flooded the Colosseum with water.

KEEN TO VISIT EUROPE? DOWNLOAD YOUR COPY OF OUR WORLDWIDE BROCHURE

4. The arena had 36 trap doors for special effects, as well as many underground passages and rooms to hold wild animals and gladiators before the games began.

5. In order to gain popularity, emperors organised and paid for events in the Colosseum themselves. Entry was free for all ancient Romans and they sometimes had free food throughout the spectacles too.

6. The Colosseum had a velarium, a type of awning used in Roman times. This pulled over the top of the seating area to shade the spectators and protect them from the scorching sun.

7. The animals brought to fight in the arena came from all over the Roman Empire. They included big cats such as lions and tigers, as well as rhinos, crocodiles and bears.

8.  Some of the games in the Colosseum lasted up to 100 days. However, gladiator contests stopped in 435 AD and the last animal hunts were in 532 CE. This was partly due to the cost of acquiring animals and gladiators, alongside maintaining the arena.

9. It’s estimated that over 400,000 people and over a million wild animals died during the centuries that the games took place.

10. Natural disasters and vandalism destroyed approximately two-thirds of the Colosseum. But it was the 847 AD and 1231 AD earthquakes that did the most damage that you can see today.