Situated just across the Strait of Gibraltar from the South of Spain and brimming with stunning, white-washed houses, Tangier, also referred to as Tangiers, is a busy seaside town in the North of Morocco. Characterised as a 'Gateway to Africa', this important city, that was once a favorite haunt for the likes of Truman Capote, Tennessee Williams and Paul Bowles and was used as a backdrop in the recent film Specter, has a stunning mix of European and African influences pervading every corner. Glide through endless souks, admiring the plethora of treasures, before settling down to some mint tea and tagine.

The city's Medina is where a lot of the action takes place. It comes with all of the usual accoutrements found in a port city as well as tea houses, which are perfect for catching your breath and indulging in some people watching. The Place de France, a focal point of the new town, also provides travelers with the opportunity to kick back, absorb the gorgeous views of the sea and engage in some conversation with the locals. 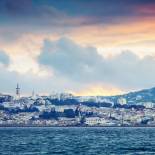 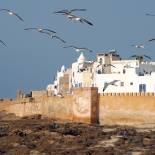