With over 115,000 km of railway track, India is home to one of the world’s largest railway networks. It covers the length and breadth of the country, from the Himalayas in the north to the tea plantations of the south. To travel by train in India is to meet its people and observe the nuances of daily life. Whether you’re looking for local experiences to get you from A to B or a week-long holiday staying on a luxury train, here is our choice of the best and most scenic rail journeys in India.

India’s network of trains connects thousands of towns, villages and cities. It’s the way Indians get around the country. Thanks to impressive feats of engineering, many of the routes travel right across India’s diverse landscapes – through mountains, over bridges and along the coast. Not only are trains a practical mode of transport for travellers, they’re also a sightseeing experience in their own right and offer a unique insight into Indian culture. And best of all, they’re cheap. Here are some of the most scenic of India’s public rail routes to get you inspired. 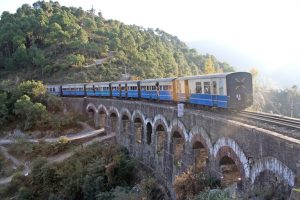 The 60 mile route between Kalka and Shimla in the state of Himachal Pradesh is one of India’s best-known toy train rides. It’s a five hour journey through 102 tunnels and across a number of bridges and viaducts. En route to the Raj-era hill station of Shimla the train affords panoramic views of valleys, pine forests and dramatic mountain peaks. At times the sheer drops below the tracks can be a little unsettling but it’s worth it for those views. 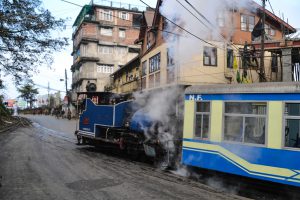 This slow-moving train ride is a wonderful opportunity to enjoy the vistas of snow-capped mountains, verdant forest and tea plantations in the Eastern Himalayas at leisure. At times you’ll pass right through villages with food stalls close enough to reach out and touch. The full route from New Jalpaiguri to Darjeeling takes seven hours but if you’re short on time you can ride the highly scenic section between Kurseong and Darjeeling. 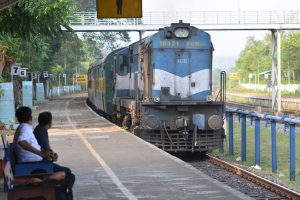 This busy route travels a distance of 580 km between the lush Western Ghats and the Arabian Sea. It’s a day train that takes the best part of 12 hours, which means plenty of time (and light) to enjoy the spectacular scenery of rivers, beaches and rugged coastline. The route traverses 2,000 bridges, including the jaw-dropping Panvalnadi bridge. It’s India’s tallest viaduct and you’ll definitely want to be near a window when the train crosses over. 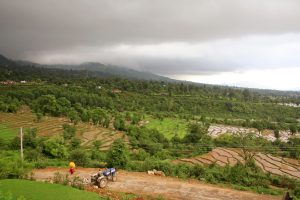 Tipped for UNESCO World Heritage status, the Kangra Valley Railway might be one of India’s best-kept secrets. It takes five hours from Pathankot to Kangra, travelling through the Himalayan foothills with breathtaking views of the Dhauladhar mountain range. It’s a sublime chance to bear witness to rural India. Yet the route sees few tourists and is very much a local train. And that’s half of its charm – the opportunity to speak with locals. 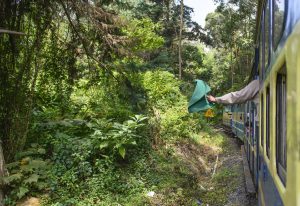 This UNESCO status toy train ride is a popular attraction in south India. It was built by the British in 1908 and until recently relied on steam-powered trains. The five hour journey to the hill station of Ooty covers 30 miles of green landscapes with tea plantations and forested hills. The track reaches heights of 7,000 feet and passes over 250 bridges. At longer stops it’s possible to stretch your legs and visit nearby waterfalls. 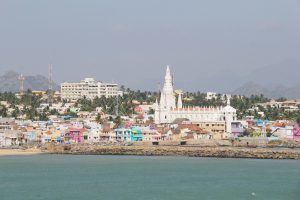 This two-hour portion of the route travels from the southernmost point of India in Tamil Nadu to the capital of neighbouring state Kerala. Known as ‘God’s own country’, Kerala is easily one of India’s most beautiful regions, home to rolling hills and coastal plains dotted with swaying palm trees. Stay on the train for another 40 minutes and you’ll reach Varkala, one of the loveliest beaches in Kerala with long stretches of sand backed by rugged cliffs.

When travelling, the journey can be just as important as the destination. Never is this more true then when your mode of transport is also your accommodation. India has capitalised on its railways with a regal offering of luxury trains. These hotels on wheels are renowned for their excellent service and cater to those looking to travel in the lap of luxury. Nights are spent on board in private en suite cabins while the days are spent exploring the sights. Sound like your cup of tea? Here are some of the best-loved luxury train journeys in India. 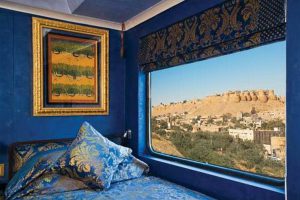 India’s first ever luxury train is still going strong thanks to its classic itinerary. The seven night route takes passengers into the heart of Rajasthan, the most-visited state in all of India. There are stops in Jaipur for the magnificent Amber Fort. At Ranthambore National Park for game drives in search of wild tigers. In Udaipur for the magical floating palace of Jag Mandir. In Jaisalmer for the marvellous sandstone fort. And in Agra for the iconic Taj Mahal. 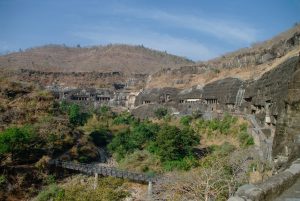 The Deccan Odyssey takes you to Maharashtra’s most impressive sites. There’s the remarkable Buddhist caves of Ajanta and Ellora, as well as the 19th century palace of Kolhapur. Travel like a royal Rajput with access to a library, Ayurvedic massage centre, steam rooms and even a gymnasium on board. As with many of India’s luxury trains, there’s more than one route to choose from. Another great choice is the week-long journey from Mumbai to Delhi. 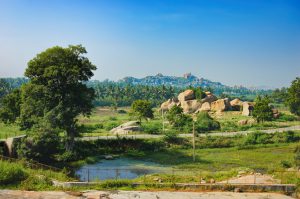 The Golden Chariot covers the major attractions and hidden gems of southern India. This seven night route takes in the grand palace of Mysore, the wildlife-rich Kabini jungle and the enigmatic 14th century ruins of Hampi. It’s the only luxury train operating in this part of India and in 2013 was awarded Asia’s leading luxury train. You can be sure of splendid comfort and service as the gorgeous landscapes of Karnataka unfold outside the window.

If you want to explore India by train, contact our tailor-made team to plan your perfect rail adventure.