Found just 80 kilometres north of Bangkok, Ayutthaya is one of Thailand’s most famous ancient cities. Reigning for around four centuries as the Siamese capital, it was once one of the world’s largest and most cosmopolitan cities. However, Ayutthaya was all but destroyed by the Burmese in the 18th century. Nowadays the multiple UNESCO-listed ruins in Ayutthaya offer just a glimpse of its former glory and splendour.

Set on an island at the confluence of three rivers, the archaeological site features Buddhist monasteries, temples, palaces and statues. But to give you an idea of just how magnificent this site really is, here’s our guide to the six must-see ruins in Ayutthaya. 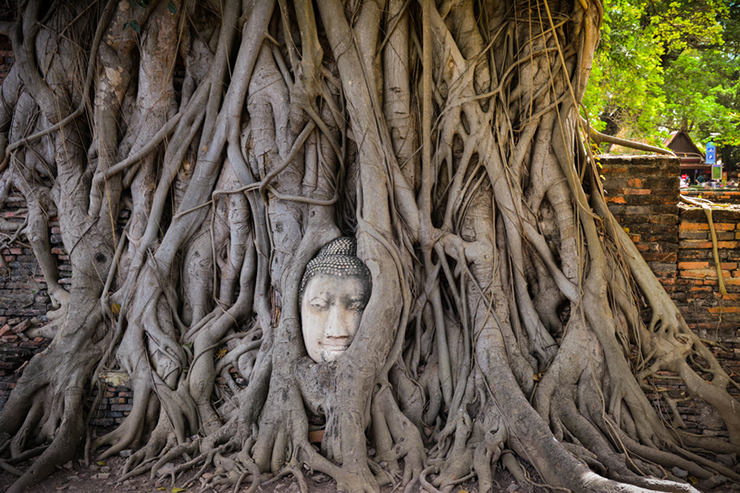 One of the oldest and most significant temple ruins in Ayutthaya, Wat Phra Mahathat housed the Buddha’s holy relic. It was also a royal temple where many important ceremonies would once have been held.

Nowadays, the temple is an important pilgrimage site for Thai Buddhists and a must-see ruin for visiting travellers. Alongside its huge chedi (pagoda) and towering stupas, its most famous attraction is a sandstone Buddha head that’s locked in the embrace of a Banyan tree’s roots.

As this is one of Ayutthaya’s biggest drawcards, it’s recommended to get there early. Although the rest of the site is just as impressive. 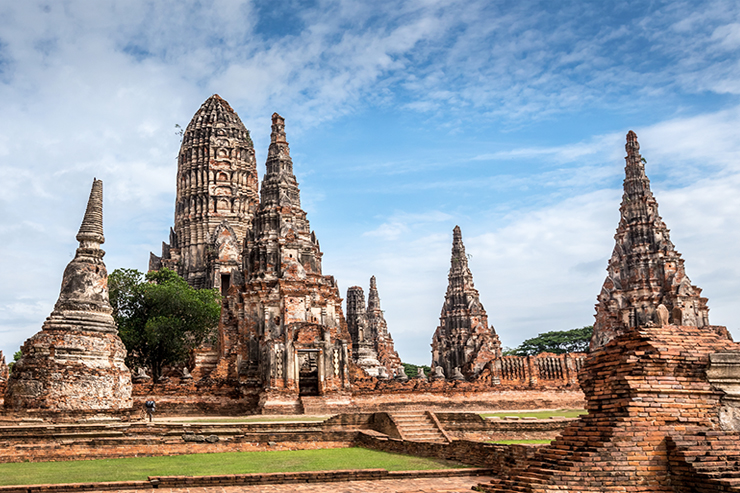 Situated by the Chao Phraya River, Wat Chaiwatthanaram is a royal temple constructed in the 17th century by King Prasat Thong. Built as a memorial to his mother, the temple features two chedis where her ashes were enshrined.

Interestingly, the architectural style of Wat Chaiwatthanaram was influenced by the world-famous Angkor temples of Cambodia. At its centre is a large, Khmer-style pagoda, or central prang, surrounded by smaller prangs. This feature symbolises Mount Sumeru, which is the gods’ mountain in Hindu beliefs.

The inside of the buildings are also adorned with the remnants of ceiling decorations and wall paintings. And if you visit the temple by night, you’ll find the lighting adds to its historic beauty.

Located in the northwest corner of the ancient city of Ayutthaya, Wat Lokkayasutharam is one of the most famous ruins in Ayutthaya. It is famed for the giant reclining Buddha that rests at its entrance. Measuring 37 metres long and 8 metres high, this impressive statue is typically draped in a marigold sarong.

When the Burmese invaded Ayutthaya, the majority of this complex was flattened. So all that really remains today is a single stupa. However, the reclining Buddha alone is worth the visit, with devotees coming daily to offer flowers and incense. 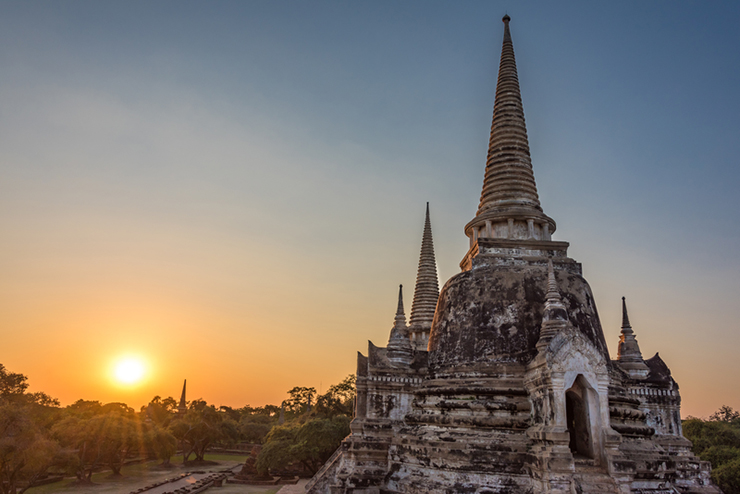 As part of the Royal Palace complex, Wat Phra Si Sanphet is the most important temple ruin in Ayutthaya. The large monastery was only used by royalty, with no resident monks, and served as a model for the Grand Palace and Temple of the Emerald Buddha in Bangkok.

The site’s highlight is its three large, bell-shaped chedis, which contain the ashes of King Borommatrailokanat and his sons. The trio are particularly photogenic with the setting sun behind them and have become a symbol of Ayutthaya. So you’ll definitely want to have your camera handy here. 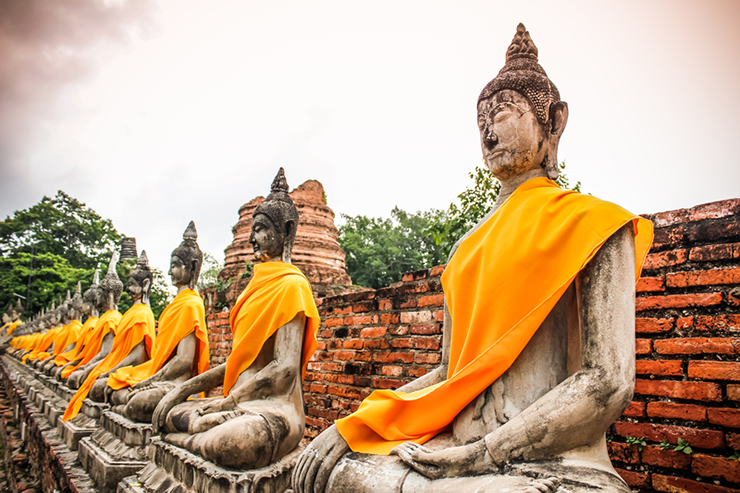 Set several kilometres southeast of the island of Ayutthaya, Wat Yai Chai Mongkhon attracts both tourists and local worshippers alike. Built by King Ramathibodi in the 14th century as a meditation site for monks returning from pilgrimage, the temple’s main attraction is its huge bell-shaped chedi.

Sitting in an inner courtyard, the chedi was actually built later in 1592 by the great King Naresuan to commemorate a victory over the Burmese. It’s surrounded by rows of Buddha statues and from the base visitors can enjoy fantastic views across the landscape. 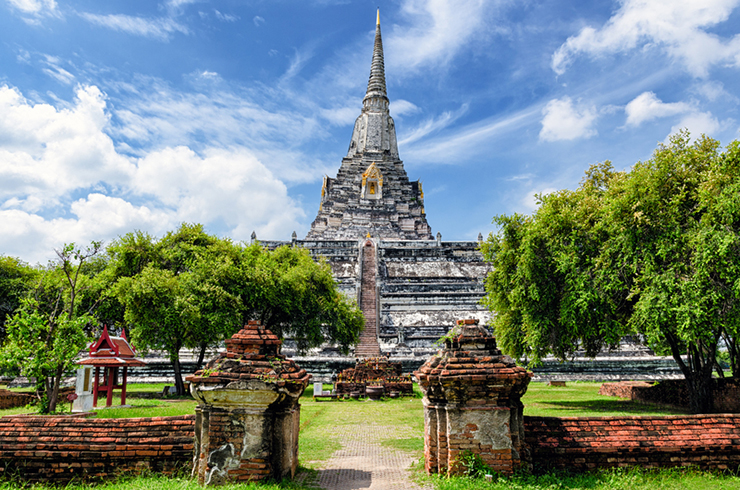 Translating to mean ‘Temple of the Golden Mount’, Wat Phu Khao Thong was originally built during King Ramesuan’s reign in 1387. However, it took its current form when it was renovated in 1744 and features a Burmese Mon-style base, rising to a smaller base that supports a Thai-style chedi.

This chedi has a particularly steep point and reaches a height of over 30 metres. Four stairways lead to the upper base where a passageway leads to a sacred Buddhist shrine at the heart of the structure. Close by you’ll also find a huge statue of King Naresuan on the road leading to the temple.