Built to protect China from invasion, the Great Wall of China is one of the world’s most famous structures. A walk along this World Wonder takes you through diverse and stunning scenery including rugged mountains, vast desert and lush green lands. Read our choice of the top 10 facts about the Great Wall of China which may include some surprises. 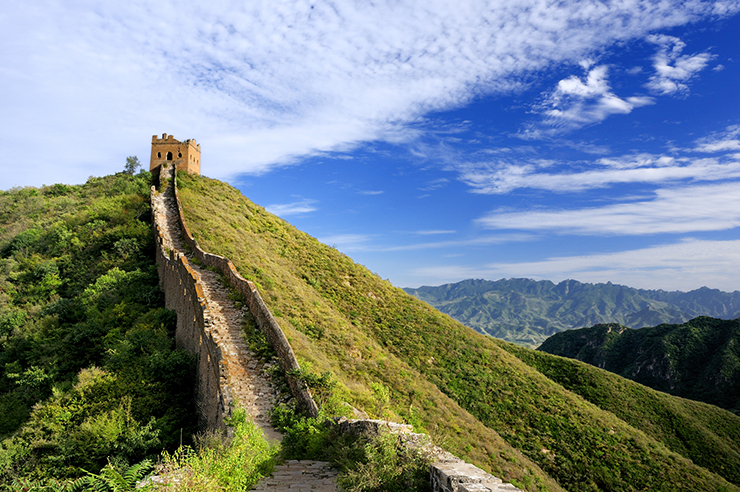 1. The Great Wall of China is not one long wall, but in fact several shorter structures joined together. The longest section is approximately 2,145 miles.

2. The Great Wall of China is the longest man-made structure in the world.

3. Over one million people died building the Great Wall of China. Archaeologists have found human remains and as a result it has been described as the longest cemetery on Earth. Many involved in the construction were Chinese convicts where labour was used as punishment.

4. Grieving family members of those who died building the wall would walk the length of it with a rooster in tow. It was believed this would help release the spirits from being trapped in the structure.

5. The Great Wall of China is approximately 5,500 miles long, attracting about 10 million people each year. Walking the length of the wall is the aim of many visits to raise money for charity.

6. The Great Wall was actually pretty useless as a defence. It was easily overrun by the Mongols in 1449 and the Manchus in 1644.

7. Legend has it the course for the Great Wall was originally mapped out by a dragon and is the track the builders followed.

8. Sticky rice flour was used to help fix the bricks in place when building the wall. This bound the bricks together so tightly that weeds cannot grow in many parts.

9. Many believe that the Great Wall can be seen from the moon using the naked eye. However, this is untrue. Aid is required and even still the wall is barely visible due to how narrow it is.

10. In 1899 a newspaper in Denver, America, announced that the Great Wall of China was to be demolished in order for roads to be built. This turned out to be a hoax and the truth was only revealed a decade later.

A must-visit for anyone travelling to China, a day and a night spent at the Great Wall is included on many of our group tours.