Whilst Greece often steals the limelight as the home of historic sites and ruins, it’s certainly not the only destination in Europe to get a taste for ancient history. Located at the meeting point between Europe and Asia, Turkey has a diverse history influenced by several ruling empires and a variety of cultures. Their marks can still be seen on the landscape today and, to help you plan your trip to this incredible country, we’ve selected the top five ancient sites in Turkey that you need to visit. 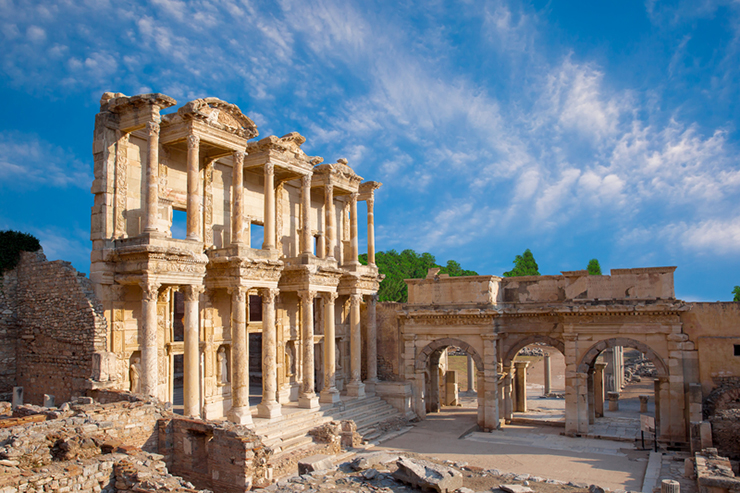 With the exception of Pompeii in Italy, Ephesus is arguably the best-preserved Greco-Roman city in the world. By the first and second centuries AD, the city rivaled Rome in terms of importance and, since the site’s rediscovery in the 1860s, it has become one of the most visited ancient ruins in the world.

Ephesus revelled in prosperity as pilgrims from across the Mediterranean came to visit the great Temple of Artemis. Today little remains of this famous temple, which is one of the Seven Ancient Wonders of the World, however, the huge archaeological area boasts many other grand monuments.

Top sights in Ephesus include the Great Theatre, which once seated 25,000 spectators, and the Library of Celsus. Allow at least two hours to explore the whole site.

ENJOY A GUIDED TOUR OF EPHESUS ON THIS GROUP TOUR 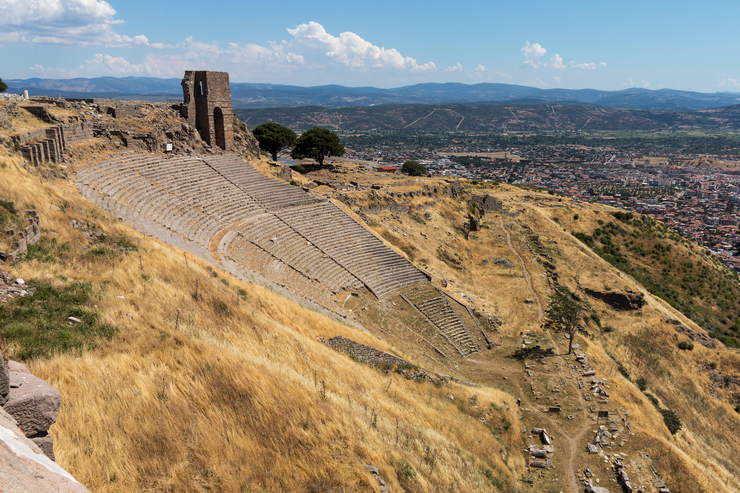 Set on a lofty, isolated hill, ancient Pergamum now forms part of the modern Turkish city of Bergama. The site sees fewer tourists than Ephesus due to there being less accommodation nearby. However, this means that those who do visit can enjoy its classical splendor without the crowds.

The site’s highlights include its UNESCO-listed Acropolis and Asklepion – a medical centre that was one of the most important healing centres of the Roman era. It’s also famous for its hillside amphitheater, which is one of the steepest of the classical world.

Among the other ruins, you’ll also find Pergamum’s library. At one time this would have contained over 200,000 titles, rivaling the great library in ancient Alexandria in Egypt.

EXPLORE PERGAMUM ON THIS 7-DAY TOUR OF TURKEY 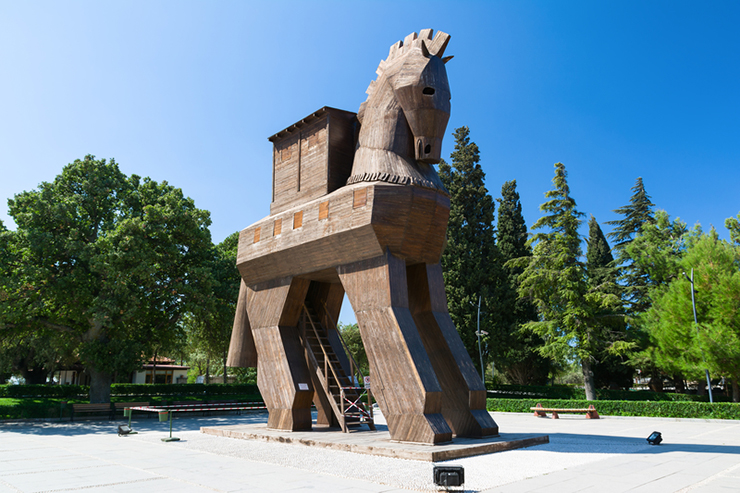 Whilst it may not be the most spectacular, Troy is one of the most famous archaeological sites in the world. First excavated in 1870, it offers over 4,000 years of history and its legend has inspired creative artists for centuries.

In legend, the city of Troy was besieged for 10 years before being conquered by King Agamemnon’s army. The story of the Trojan War was immortalized by Homer and his epic poem the Iliad, granting the real-life archaeological site worldwide fame.

Visitors today will find a replica of the Trojan wooden horse at the entrance. The most impressive remains are the east wall and gate, with a trail taking you around the whole of this UNESCO-listed site. 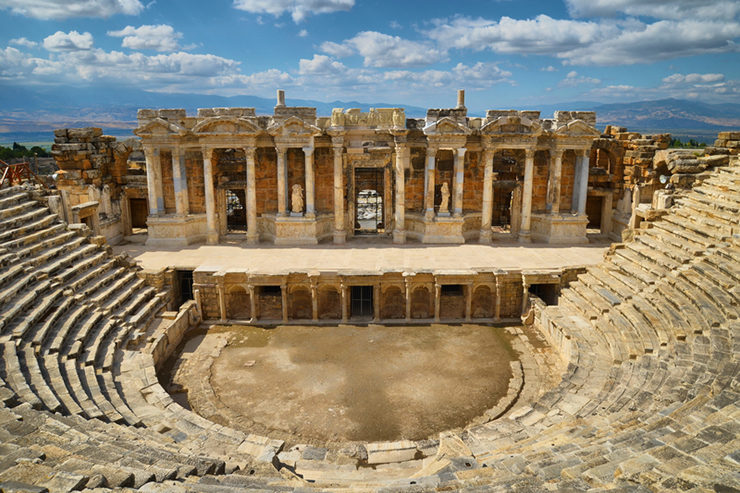 Set just above the gleaming white travertines of Pamukkale, Hierapolis’ location is quite spectacular. Founded as a curative centre around 190 BC, this ancient spa city has been beautifully maintained and is well-worth exploring after dipping your feet in Pamukkale’s natural pools.

Hierapolis flourished under both the Byzantines and the Romans, although recurrent earthquakes saw the end to this town’s prosperity. After a tremor in 1334, the city was finally abandoned.

The star attraction of Hierapolis is the partially restored Roman Theatre, which once held more than 12,000 spectators. Other sites include the Agora and the on-site museum.

Located east of the popular coastal resort of Antalya, the ancient city of Aspendos dates back to around 800BC. The main attraction being its awesome theatre, which draws plenty of visitors on their way to Turkey’s stunning beaches.

Built-in the 2nd century AD during the reign of Emperor Marcus Aurelius, the theatre is considered one of the greatest surviving pieces of architecture from the Roman Empire. It has a capacity of 15,000 people and hosts the annual Aspendos Opera and Ballet Festival and Antalya’s film festival alongside many other events.

Although most visitors come to experience the theatre’s acoustics and atmosphere, there’s plenty more to do in Aspendos. Above the theatre, acropolis hill offers great views of the river. To the north, you’ll also find the remains of an ancient aqueduct, which once provided water to the city.