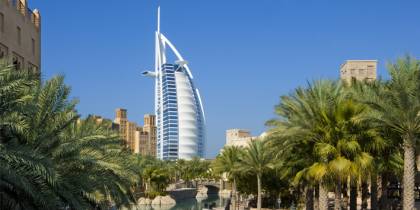 Our 4-day Dubai Stopover tour is perfect for those with a layover on their way to Europe, Australia, or elsewhere. Or it could easily be bolted on to any of our trips to Egypt, Jordan, Israel, or elsewhere in the Middle East. Enjoy a city tour, head out on a desert safari and spend a night camping under the stars at a Bedouin camp.